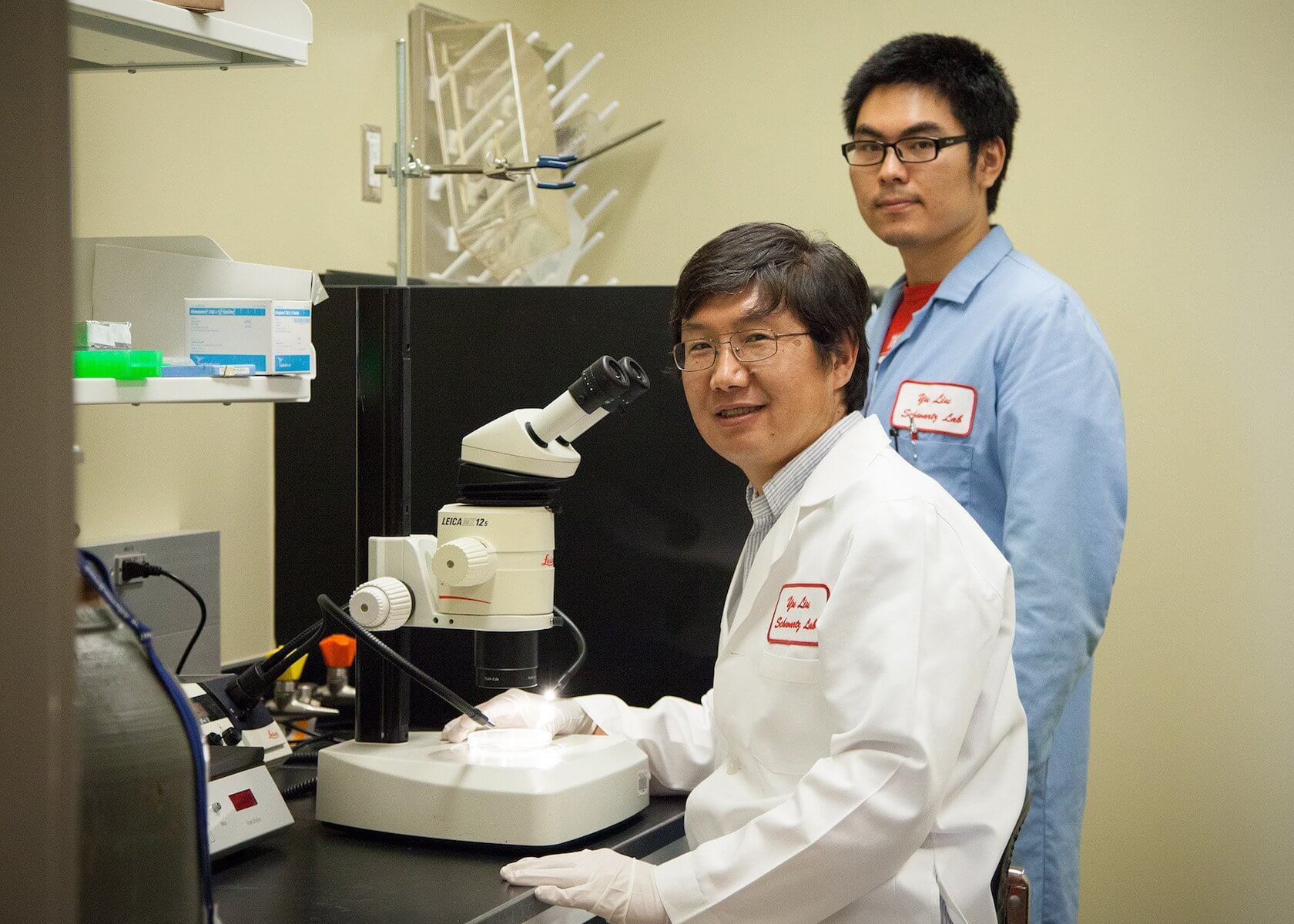 One major reason for these statistics is that the human heart is unable to repair itself effectively after injury. But a research team at the University of Houston is trying to change that.

As people age, the number of heart muscle cells decreases. When someone has a heart attack, even more cells are lost, only to be replaced by the thickening and scarring of connective tissue, a process known as fibrosis. The atrophy of that connective tissue leads to the loss of the heart’s pump function.

“One week after birth, the heart makes fewer and fewer myocytes (muscle cells), so if there is a cardiac injury, it is not easy for the heart to replace them,” said Schwartz, who pioneered the process of fashioning heart muscle cells from human fibroblasts in 2012.

The process has been widely adopted. Hoping to counteract that natural drop-off in heart muscle cell production, Liu, Schwartz and their team have identified cell clusters that promote cardiac regeneration.

The team pinpointed a small ribonucleic acid (RNA) species, called microRNAs, that act early in the multistep heart formation process, Liu said. MicroRNAs are chains of 21 nucleotides that each contain a nitrogenous base, a ribose sugar and a phosphate.

“They are easier to deliver into human bodies, and thus have a shorter path to clinical use,” Liu said. “Also, using microRNAs may allow us to take non-cardiogenic cells and reprogram them to be cardiac cells that can repair damage to the heart.”

The team focused on identifying microRNAs that are critical in turning on cardiac development, in part by suppressing other cell clusters destined for a different area of development. What is truly novel about the cell clusters they identified is that these microRNAs are able to convert stem cells into beating cardiac muscle cells, Schwartz said.

“If we can put in reprogrammed cells to repair the heart—by adding cardiac mass, good rhythmic beating and electrical conduction—they may replace the cells that are damaged,” he added. “It’s new agents that didn’t exist before.”

The team’s findings were published in a recent edition of Proceedings of the National Academy of Sciences USA. Additional UH collaborators on the study included Preethi Gunaratne, associate professor of biochemistry and a genome sequencing pioneer in the field of microRNA research, and Xiaopeng Shen, a postdoctoral fellow in Liu’s lab and first author of the article.

Now, the researchers are taking their project out of this world. They are set to send off their cells to the International Space Station as part of a project with NASA’s Center for the Advancement of Science in Space. Schwartz wants to explore how the unique environment in space can assist in creating heart muscle cells from fat stem cells.

Supported by multiple grants from the American Heart Association, Liu hopes to be able to use these microRNAs to treat human heart attacks and subsequent heart failures within the next five to 10 years.