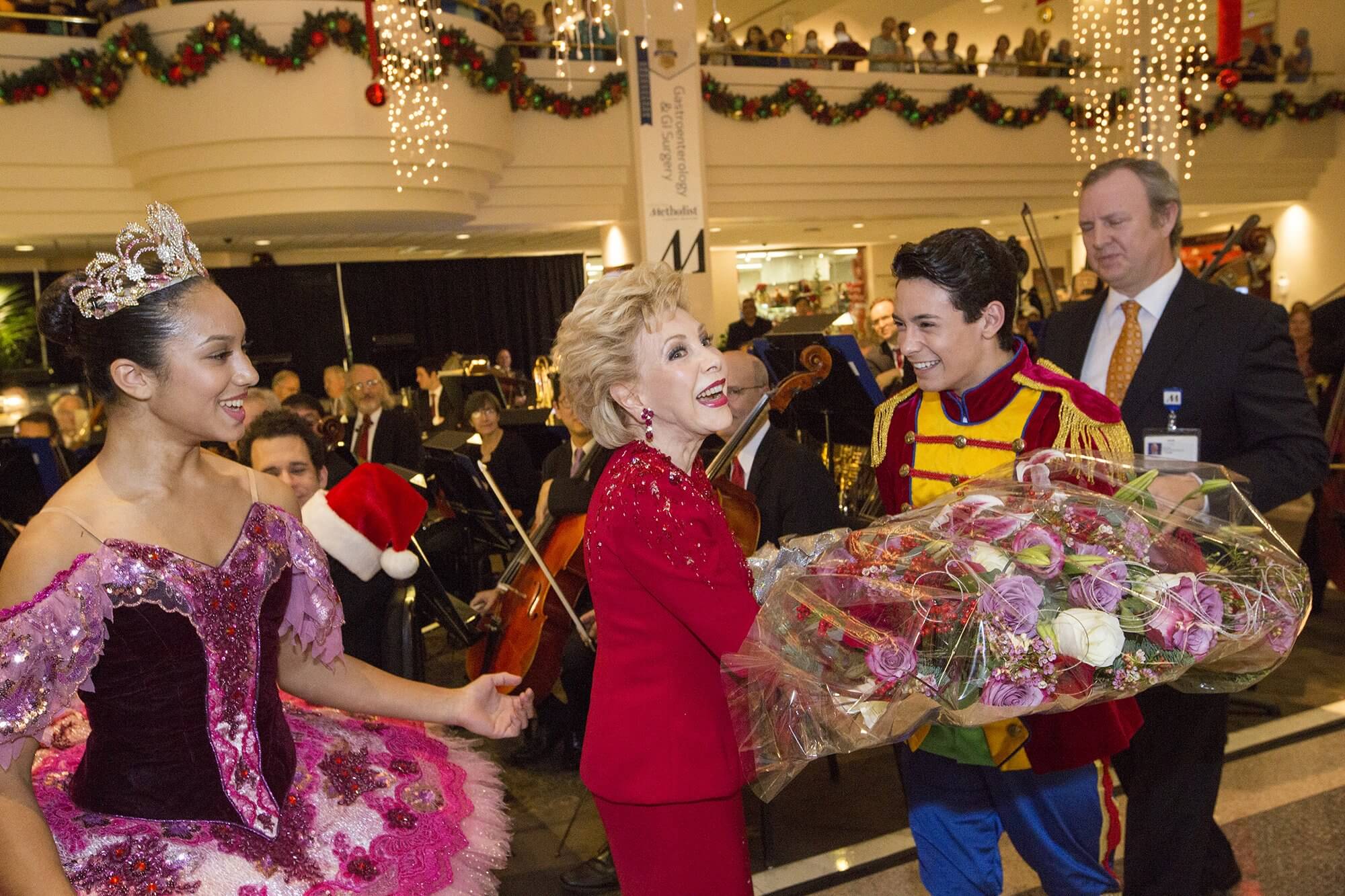 This year’s concert was especially poignant, thanks to a special announcement regarding the woman for whom the series was named.

“This concert series is really the pinnacle of the year of what we call the Margaret Alkek Williams Crain Garden Concert Series,” said Marc Boom, president and CEO of Houston Methodist Hospital. “For years, Margaret has graciously and generously supported this series and I’m thrilled to announce that this year, Margaret very generously endowed this series in perpetuity.”

Stasney founded CPAM in 1996 with the hope integrating arts and medicine and is leaving behind a rich legacy of treating some of the most famous performers around the world. Since its inception, the team has grown to over 100 doctors who care for the elite artists of the Houston Symphony, Houston Ballet, Houston Grand Opera in addition to providing patients with regular live performances and music therapy.

“I can’t think of a more appropriate event to recognize Dr. Stasney and offer an insight into who he is and his life’s work and accomplishments before he retires at the end of the month,” said J. Todd Frazier, director of the Houston Methodist Center for Performing Arts Medicine. “Being recognized at the hospital where he has worked and in front of the entire Houston Symphony represents physically and tangibly the connection between arts and medicine and was a wonderful way to remember him and his contributions to the hospital.”

Guests filling the Crain Garden at Houston Methodist, as well as the balconies above, were treated to the Houston Symphony’s renditions of holiday classics under the direction of leading Broadway music director and conductor Andy Einhorn.

“Our hospital is usually busiest during the holidays, and the hospital is sort of an extreme environment to be in and work in. Patients are in a vulnerable state,” Frazier said. “Our holiday concert and the arts in general can have a greater impact in a setting like this, and we hope to create exceptional memories and exceptional inspiration for our patients and employees at this time.”