Heart valves strive to get oxygen one way or another

Heart valves strive to get oxygen one way or another 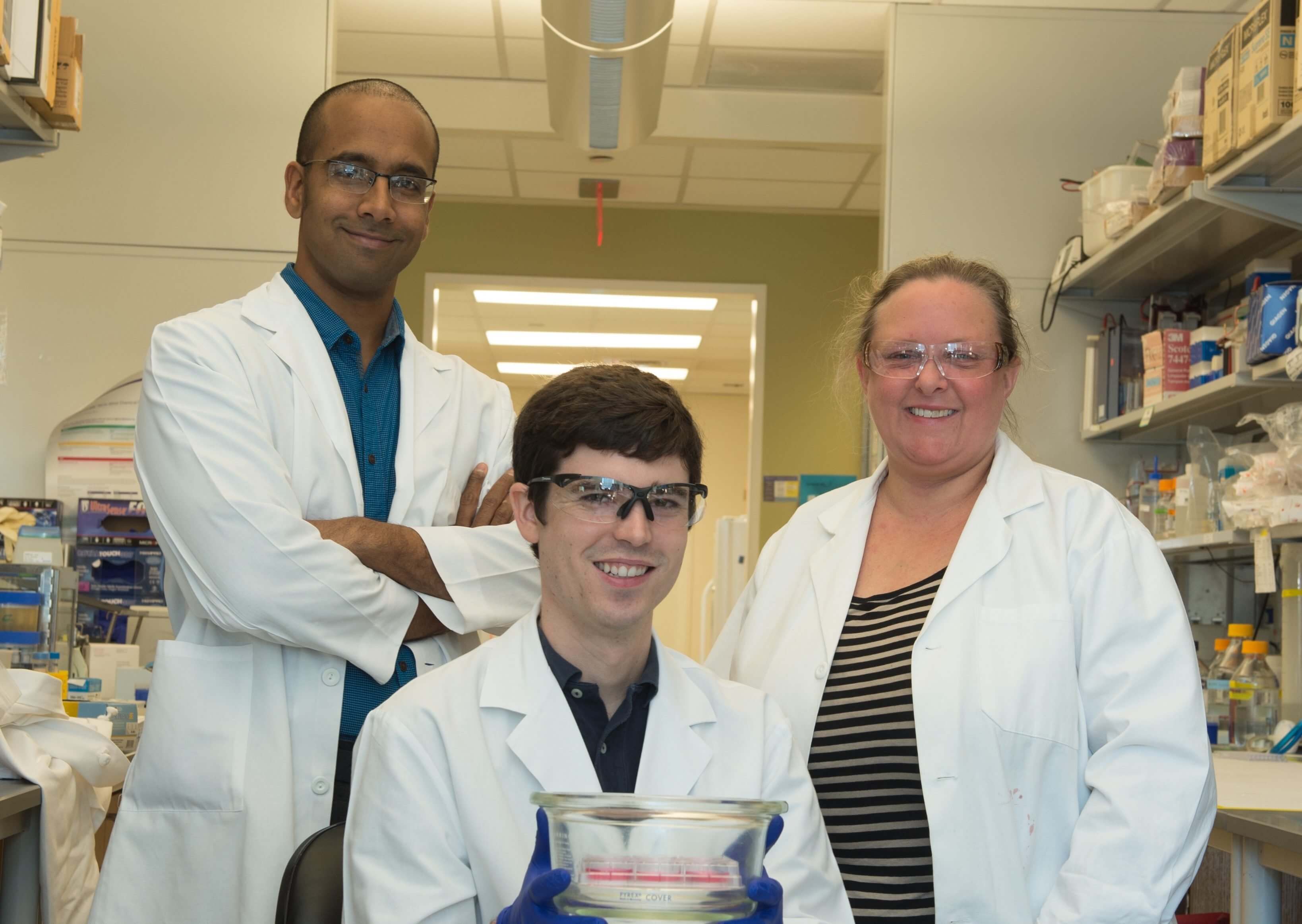 As the valves in a heart stretch with each beat, their cells take in life-giving oxygen. But if the supply is cut off, aortic and mitral valves use different strategies to compensate, according to Rice University scientists.

Rice bioengineers led by Jane Grande-Allen studied physical and computer models of heart valves to learn how oxygen feeds them and what happens if they become diseased.

Their results appear this week in the Royal Society journal Interface.

Specifically, Grande-Allen and first author Matthew Sapp wanted to see how hypoxia – the denial of oxygen to tissues – forced valve cells and the interstitial matrix that ties them together to react. They used custom-designed bioreactors to mimic selected conditions in the body and gradually starved aortic and mitral valve tissues of oxygen over time.

“Young people have heart valves with a rich blood-vessel supply,” Grande-Allen said. “Studies in a variety of animal models show that by maturity, older adults don’t normally have blood vessels in their valves. That’s interesting because they’re quite thick: They get bigger and the cells are still alive. We want to know how they can survive in this dynamic environment and get oxygen and nutrients without blood vessels.

“We speculated that oxygen is infusing the tissue in vivo, permeating it as the leaflets move and stretch. This reduces the need for blood vessels within the leaflets. Now we’re starting to look at that in more detail,” she said.

Grande-Allen’s ultimate goal is to find new ways to repair or replace damaged heart valves. Getting there requires a comprehensive understanding of the complex, layered leaflets, the flaps that direct blood through the heart. They have to be strong and flexible and resist compression as they keep blood flowing in the proper direction. But as they age and especially when they become diseased, they thicken and become stiff.

These diseases are specific to the type of valve. Aortic valves are subject to calcific aortic valve disease, characterized by thickening, stiffening and calcification of the leaflets, leading to stenosis, a narrowing of exit from the left ventricle.

Mitral valves are at risk of myxomatous degeneration, which leads to leaflet weakening and valve prolapse, as well as mitral stenosis, which can be caused by rheumatic fever and is associated with fibrotic remodeling, collagen accumulation and leaflet stiffening.

To see if hypoxia contributes to disease, the researchers first modeled oxygen diffusion in healthy valve tissues from pigs and confirmed previous studies that suggested aortic leaflets need to be in motion and under pressure for oxygen to spread to cells throughout the tissue. In testing the valves, they saw that pressure from liquid thinned and elongated leaflets, which allowed more oxygen to reach center regions.

In later experiments, they noted that altering the amount of oxygen available to the leaflets significantly impacted the expression of markers for hypoxia and angiogenesis (vessel formation) in both types of valves, but in different ways.

Aortic valves under stress tended to prompt angiogenesis, Grande-Allen said. “That’s accompanied by mineralization and then an osteogenic, or bone-like, change,” she said.

“The mitral valve is different. Myxomatous valves tend to become thick and spongy and more like cartilage, which doesn’t have blood vessels in it. It appears to transform into a tissue that perhaps just has better oxygen diffusion characteristics.”

Mitral valves in hosts with rheumatic fever are far more likely to add extracellular collagen, making them thicker and oxygen diffusion more difficult. This prompts blood-vessel growth as cells produce the hypoxia-induced factor-1 alpha (HIF-1a) protein that induces angiogenesis. “We believe the normal mitral valve can respond in a way that allows it to get more oxygen and therefore prevent hypoxia from occurring,” Sapp said.

One important aspect of the project was the creation of a technique to test the effect of hypoxia on tissues. Sapp built bioreactors that fed highly controlled amounts of oxygen to the cells.

“Matt is a can-do person,” said Grande-Allen, who noted Sapp recently defended his dissertation. “He built multiple test systems so we could have very precise measurements of oxygen diffusion through the valve tissues, some of which confirm what other people have reported and others that were new.

“Then he translated that data, developed computational models and built the environmental chambers we used as our incubator to control the amount of oxygen to the valve tissues,” she said. “To have one person do all of those things was tremendously gratifying. He always came to me with a solution rather than a problem.”

The National Science Foundation and the American Heart Association supported the research.