Bouncing Back: Ellie Ferraro Thrives After Surgery for a Congenital Heart Defect

Ellie Ferraro thrives after surgery for a congenital heart defect.

Bouncing Back: Ellie Ferraro Thrives After Surgery for a Congenital Heart Defect 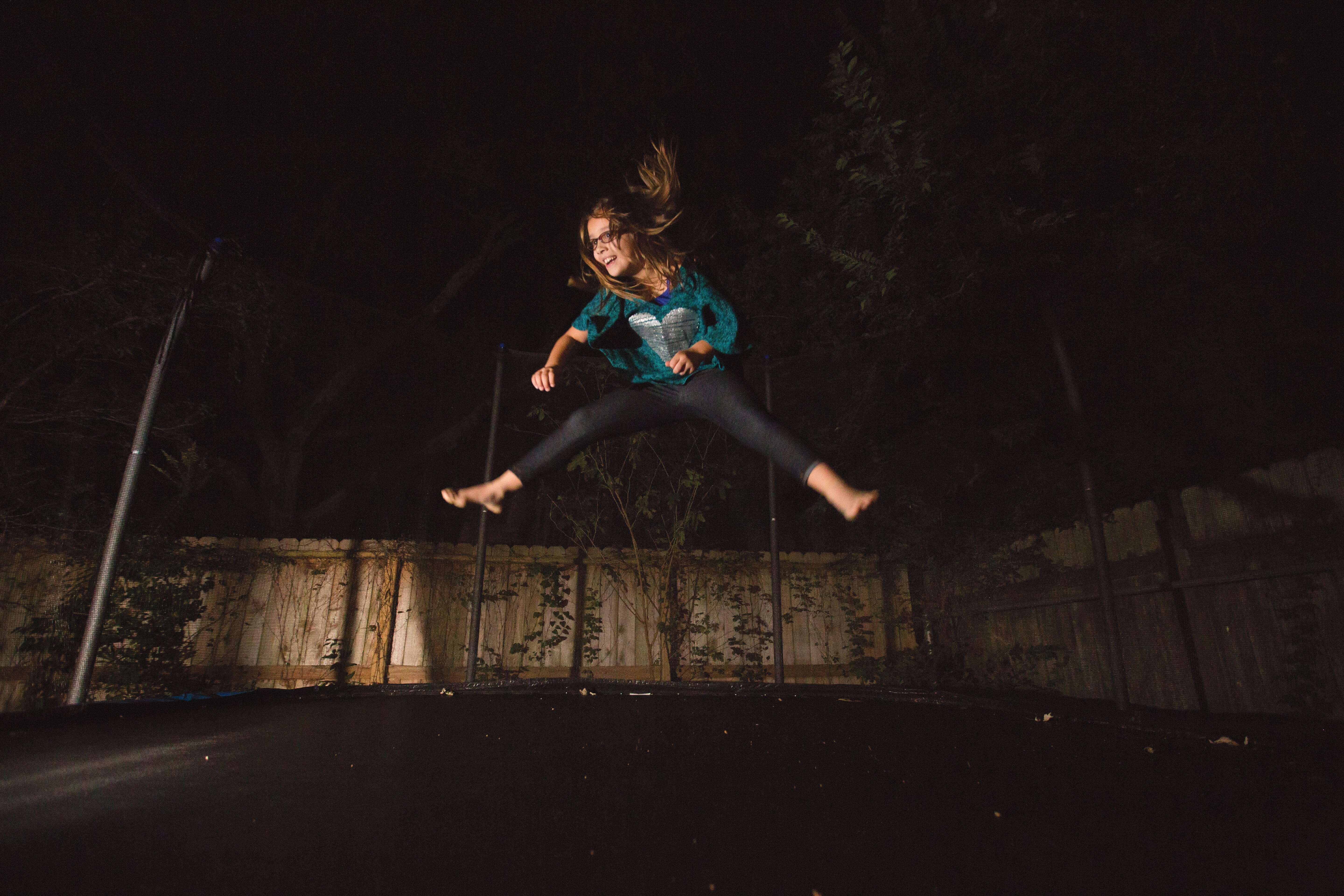 Dana and Andrew Ferraro’s Pearland home is filled with framed photographs of their three children.

Caden’s growing collection of baseball awards and trophies populates the shelves in the family den. Ellie’s ballet and gymnastics portraits sit on the living room mantel next to candid photographs of Brady, the youngest.

But there’s something different about the photos of baby Ellie. She doesn’t have the same healthy glow as her siblings.

When Dana was pregnant with Ellie, she and Andrew were brimming with joy over the new addition to their growing family. But after a routine checkup during the first trimester, that excitement quickly turned into anxiety.

A test revealed something unusual with the baby, and doctors suspected either Down syndrome or any number of congenital heart defects, including one that would leave Ellie with a short life expectancy.

Minutes after her birth on May 5, 2009, Ellie was transferred to Texas Children’s Hospital, where she was diagnosed with Tetralogy of Fallot with pulmonary artresia, a critical congenital heart defect more commonly known as blue baby syndrome.

At 7 pounds 8 ounces, Ellie was born with a large, gaping hole between the two ventricles of her heart and a missing pulmonary valve that prevented the normal flow of oxygen. Because of the defect, her eyes, lips, fingers, toes and skin had turned blue. Infants affected by the condition can also suffer from “tet spells,” during which they experience shortness of breath, become agitated and sometimes lose consciousness.

While Tetralogy of Fallot is rare, affecting two in 10,000 children, it is the most common complex congenital heart defect and its treatment has a relatively long history. The first total repair of a heart with this condition was done in 1954. In an average year, Texas Children’s treats between 25 and 40 children with variations of Tetralogy of Fallot.

“It’s really the poster child condition,” said Ellie’s surgeon, Charles D. Fraser, Jr., M.D., surgeon-in-chief and chief of congenital heart surgery at Texas Children’s. “In the current era, this is one of those categories of conditions that we know the most about. We … have now a cumulative 60-plus years of experience and that’s very, very unusual. It’s pretty much the only condition in heart surgery that we can say that.”

Just one week after Ellie was born, Fraser and his team placed a Blalock-Taussig shunt in her chest to direct blood flow to her lungs and allow her to breathe properly. The shunt provided a temporary solution to a life-long condition, and it bought Ellie enough time for her organs to grow before her second surgery. 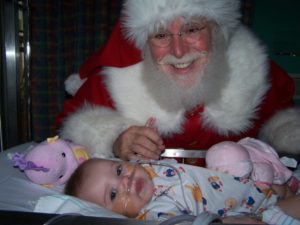 In December 2009, 7-month-old Ellie was brought back in for her second procedure. Fraser and his team performed open heart surgery to fully repair the hole in her heart by placing an artificial valve—built from the jugular vein of a cow—onto a small conduit to bridge the connection between her heart and lungs.

“When your tiny daughter is about to be put on the operating table at seven months, and her heart is about to be intentionally stopped so it can be fixed, it is then that you have your first real talk with God,” Andrew said. “On the morning of her open heart surgery, we had family and friends all over the country praying for us. Even though we knew the risks and there were no guarantees, I felt calm and at peace.”

After the six-hour surgery, Ellie was taken to the cardiovascular intensive care unit, where she recovered for three days. She was discharged six days later. Fraser and his team had successfully repaired her heart and lungs, allowing her body to circulate oxygen normally.

For the first time in Ellie’s life, her bluish skin transformed into a healthy pink.

“We didn’t realize how blue she was due to the lower oxygen levels until we saw her after the fact,” Andrew said. “Doctors always would say she looks kind of blue, but we didn’t really notice it because we had seen her every day of her life for seven months.”

Today, Ellie is 7 years old and overflowing with exuberance. She knows the six-inch scar down the middle of her chest is because of her “special heart” and continues to thrive in spite of it.

“She is vibrant, full of life and is one of the most caring and compassionate children I have ever been around,” Dana said. “Even though her heart condition is always in the back of our mind, we don’t let it define her.”

Thanks to the successful open heart surgery, Ellie doesn’t take any medication and is not restricted in what she can do, mentally or physically. She often practices her ballet and gymnastics skills—flipping and jumping around the house as if it’s her primary mode of transportation.

“Watch me do a cartwheel!” she’ll say, as she executes the move in the middle of the living room with acrobatic precision. 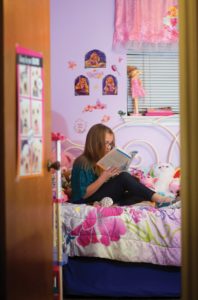 In addition to gymnastics and ballet, Ellie enjoys reading. She has a growing collection of books that she keeps next to her bed.

The artificial valve and conduit will circulate oxygen throughout Ellie’s body to allow her to stay active, but they must be replaced when she outgrows them later on in life. Adults with Tetralogy of Fallot live well into adulthood with little to no complications, but patients like Ellie will continue to need physicians who have been trained to treat congenital heart defects.

At the upcoming Society of Thoracic Surgeons annual meeting—to be held in Houston from Jan. 21-25—
Fraser and his colleagues will discuss the qualifications physicians need to treat patients like Ellie, as well as the benefits of performing procedures at children’s hospitals.

“It’s counterintuitive, but that’s where a majority of the expertise lives,” Fraser said. “We have an extraordinary facility at Texas Children’s and an extraordinary team of people who really surround these children when they’re here.”