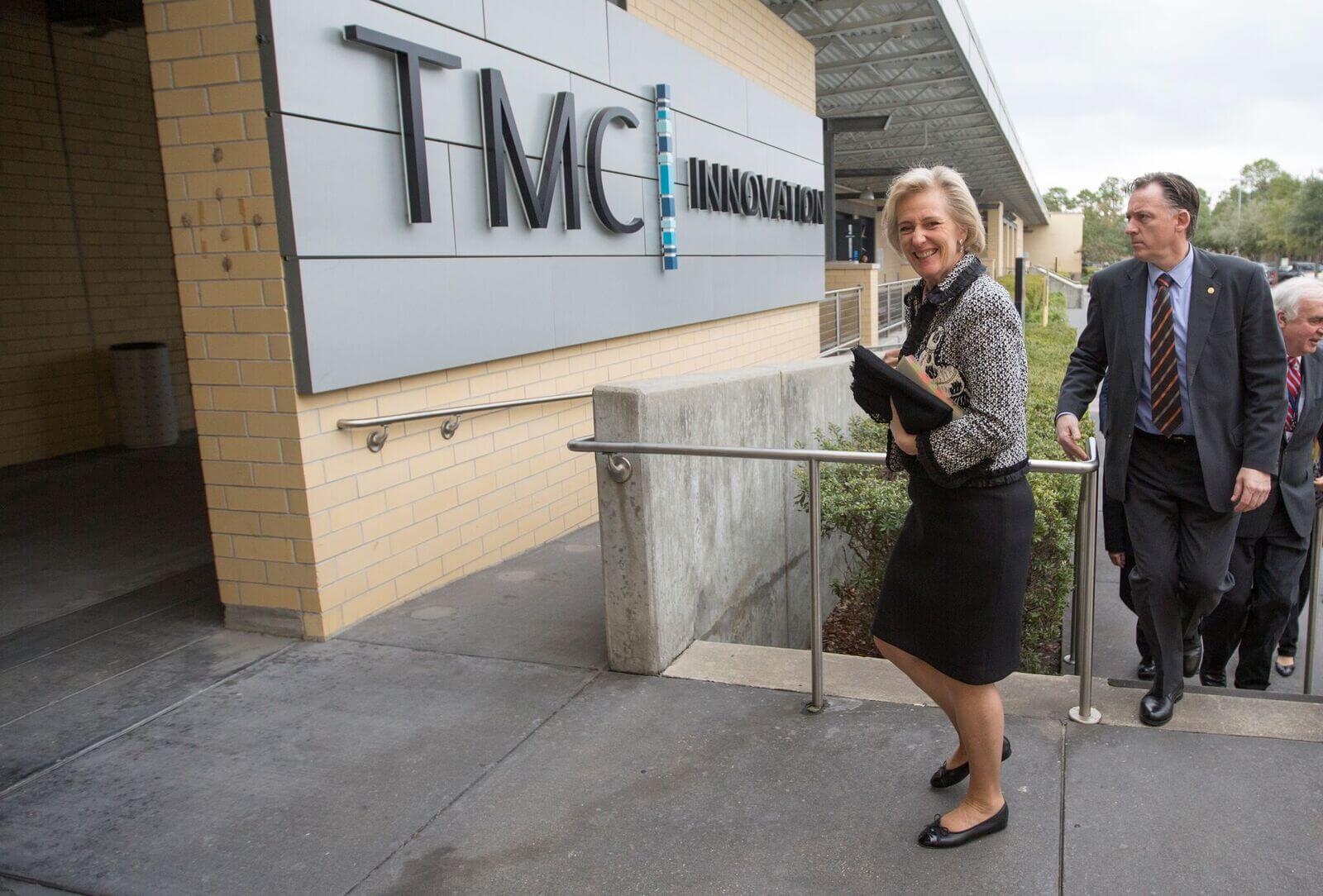 The Texas Medical Center’s Innovation Institute got the royal treatment Thursday when Her Royal Highness Princess Astrid of Belgium led a trade and investment delegation to Houston as part of a five-city North American mission.

Princess Astrid, Archduchess of Austria-Este, is the former president of the Belgian Red Cross and younger sister to the current Belgian monarch, King Philippe.

The delegation visited four stops in Texas: Houston, Austin, San Antonio and College Station. The tour will continue on to Toronto before heading back to Belgium this weekend.

“Welcome to the largest innovation incubator in the United States,” said William F. McKeon, executive vice president and chief strategy and operating officer of TMC, welcoming Princess Astrid. “I know you have been all over Texas, so I hope you saved the best for last.”

While in Houston, the delegation focused the biopharmaceutical industry.

Jean-Claude Marcourt, Walloon Minister of Economy, Industry and Innovation, said the industry used to be Belgium’s “best-kept secret” until a Financial Times article unveiled the country as an emerging force in biopharma.

He explained Belgium continues to stimulate collaboration between academia and industry, and one of the reasons for the visit to Texas was to find ways to interact with players from the industry locally, with the purpose of fostering new joint ventures.

“Belgium is a fantastic springboard for U.S. companies seeking a market in continental Europe,” Marcourt said. “Over the last decade, we have seen a shift from economics as the traditional base to a knowledge economy, and life sciences continues playing a major role.”

Following Marcourt, Thomas Kowalski, president of the Texas Healthcare and Bioscience Institute, gave a summary of Texas’ life sciences presence, which includes all of the major pharmaceutical companies, as well as about 20,000 clinical trials underway.

The visit also included an introduction to the TMC Innovation Institute by its director Erik Halvorsen, Ph.D., and to Johnson & Johnson Innovation’s JLABS @ TMC by Kara Bortone, head of company sourcing.