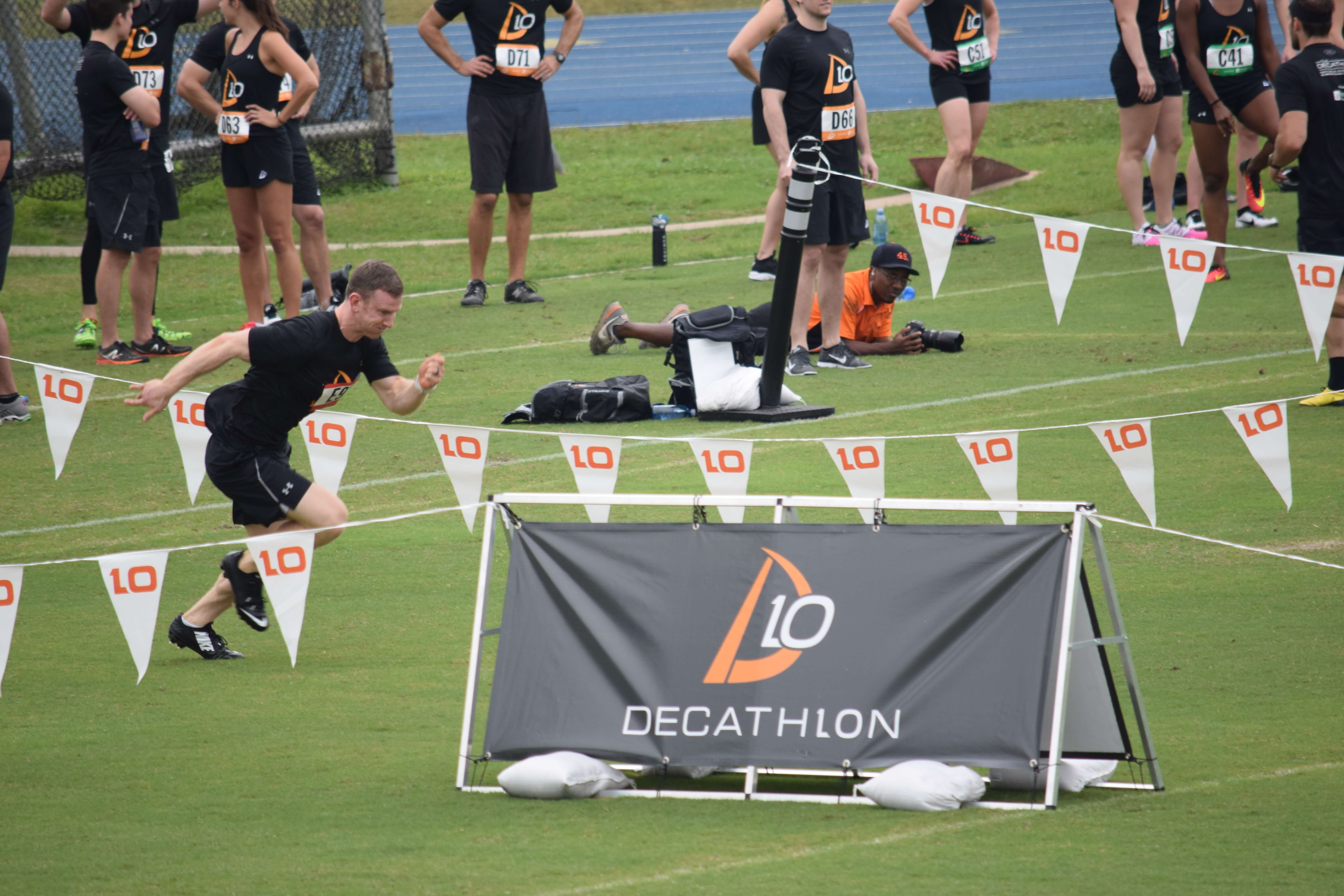 About 100 amateur athletes gathered at Rice University on Nov. 5 to compete in the D10 Decathlon’s first ever Houston event. The sporting event pushes the limits of athletes’ speed, strength and endurance not only for bragging rights, but also for a more noble cause: eliminating pediatric cancer.

Athletes completed a series of 10 drills designed to test their fitness: a 400-meter run, a football throw, pull ups, a 40-yard dash, dips, a 500-meter row, a vertical jump, a 20-yard shuttle, a bench press and an 800-meter run. Each rep helped fund childhood cancer research.

“The mission … is to celebrate the brilliance of amateur athletes through a world-class sporting production that produces a profound social impact, as much as it produces a meaningful economical and philanthropic impact in each of the communities that hosts the events,” said Dave Maloney, founder of the D10 Decathlon.

Founded in 2009 in New York City, the D10 Decathlon has raise more than $7 million to support pediatric cancer research through the Pediatric Oncology Experimental Therapeutics Investigator’s Consortium (POETIC), a group of 11 major cancer care centers and research institutions — including The University of Texas MD Anderson Cancer Center — that aims to conduct early-stage clinical trials of promising cancer therapies for children. The event held this weekend raised a total of $223,388 to benefit early phase trials at MD Anderson.

“Over the years, we’ve struggled with funding these trials,” said POETIC principal investigator Cynthia Herzog, M.D., deputy division head of pediatrics at MD Anderson. “Through the decathlon, it’s allowed us to conduct some investigator-initiated trials that we wouldn’t otherwise been able to do.”

The National Cancer Institute allocated nearly $8 billion to cancer research in 2014, but only 2.6 percent of those funds went towards childhood cancers. And while medical advancements have been made to reduce overall cancer death rates in children, more concerted efforts and resources are still needed to help the 15,780 children who are diagnosed with cancer each year.

The decathlon had special meaning for a few competitors who participated to honor their friends and family members affected by cancer.

Randy Giveans, a senior associate at global investment banking firm Jefferies, participated in the New York City D10 events for the past three years as a way to give back to the community and raise awareness for the cause. But the recent loss of a family member motivated his performance at the Houston event. Earlier this year, Giveans’ father-in-law was diagnosed with leukemia. He received a few blood transfusions in February and March, but he passed away in April.

“It was tough for my wife and for myself, but it gave me new motivation and a further incentive to really fundraise and try to perform my best,” said Giveans, who placed third in the individual competition and helped raise more than $4,700.

The D10 Decathlon recently moved its base of operations from New York City to Houston and added other cities, including Boston, Chicago and San Francisco. Maloney and his team are currently planning an international expansion with the debut of London and Shanghai events in 2017.