When Huntington’s Disease Runs in Your Family

When Huntington’s Disease Runs in Your Family 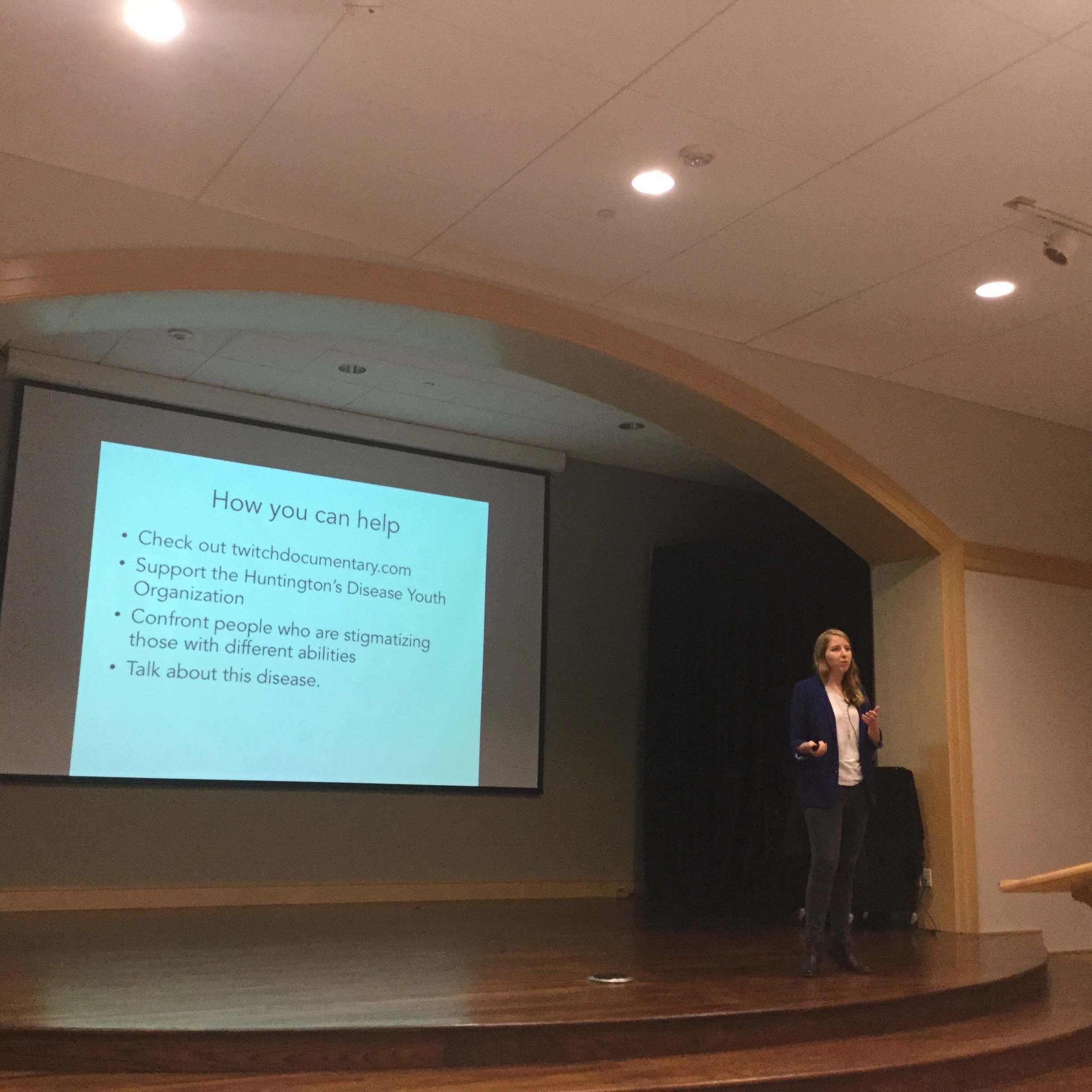 When Kristen Powers was nine years old, her mother was diagnosed with a rare genetic condition called Huntington’s disease.

For years, Powers and her family had known something was wrong with her mother; her mother’s erratic behavior even caused her parents to divorce. But they still knew very little about the disease that only 30,000 people have been diagnosed with, so far.

After her mother was diagnosed, Powers put all of her energy into learning more about the disease that was robbing her mother of her personality and physical mobility.

“Up until I was about seven years old, things were pretty normal,” said Powers, who spoke to a crowd on Nov. 3 at St. Paul’s United Methodist Church, as part of an “Evenings with Genetics” seminar series sponsored by Baylor College of Medicine and Texas Children’s Hospital. “But my mom started to show some behavioral differences, but we didn’t know what it was. She didn’t know who her biological father was and, in hindsight, we realize that she got the Huntington’s disease gene from him. But at the time we just saw that she was changing and becoming a different person.”

At first, Powers did not realize her mother was sick. When her parents divorced, Kristen and her brother continued living with their mother and that is when things got progressively worse.

“We soon realized things were going really wrong,” Powers said. “My brother and I were in lots of car accidents with her, the police were constantly pulling her over, the school was often calling Child Protective Services.”

In 2003, Powers’ mother underwent genetic testing for Huntington’s disease and she was officially diagnosed. But it wasn’t until a couple of years later that Powers found out what her mother’s diagnosis would mean for her.

“I like to call Huntington’s disease an equal opportunity disease because men and women have an equal chance of getting it,” said Katie Plunkett, MS, CGC, Genetic Counselor, who also spoke at the event. “When a person has Huntington’s disease, there is a 50 percent chance that each of their children will inherit the disorder.”

Powers said she decided pretty early that she was going to get tested because her mother was caught off guard.

“She didn’t get to prepare, she didn’t know her family history,” Powers said.  “And for me, I wanted to do the exact opposite. I wanted to find out as early as possible, which in the United States is 18 years old.”

During her senior year of high school, Powers documented her journey with the genetic testing for Huntingdon’s. The documentary film, Twitch, shows Powers as a high school student contemplating her future and the emotional toll on her family a positive test would take.

“Waiting for my results was probably the scariest moment of my life,” Powers said. “I have never felt like I was going to throw up from nerves, but I did that day. You’re getting a test, but there isn’t really anything you can do once you get the results. You don’t know if there will be a cure in your lifetime, but you can see exactly what is going to happen to you, how your body could look. You know that your mind is going to go. Up until I got tested, I had always had two plans for my life: one if I had Huntington’s and one if I didn’t. And I wanted to be tested to know.”

Her results came back negative.

Since making Twitch, Powers has traveled around the United States and to five continents to de-stigmatize Huntington’s disease and share her film with the world.

“I sometimes feel cheated by the fact that I didn’t know my mom before Huntington’s Disease, just because everyone talks about how great she was and how fun she was,” Powers said, in Twitch.  “It would have been cool to know her like that.”