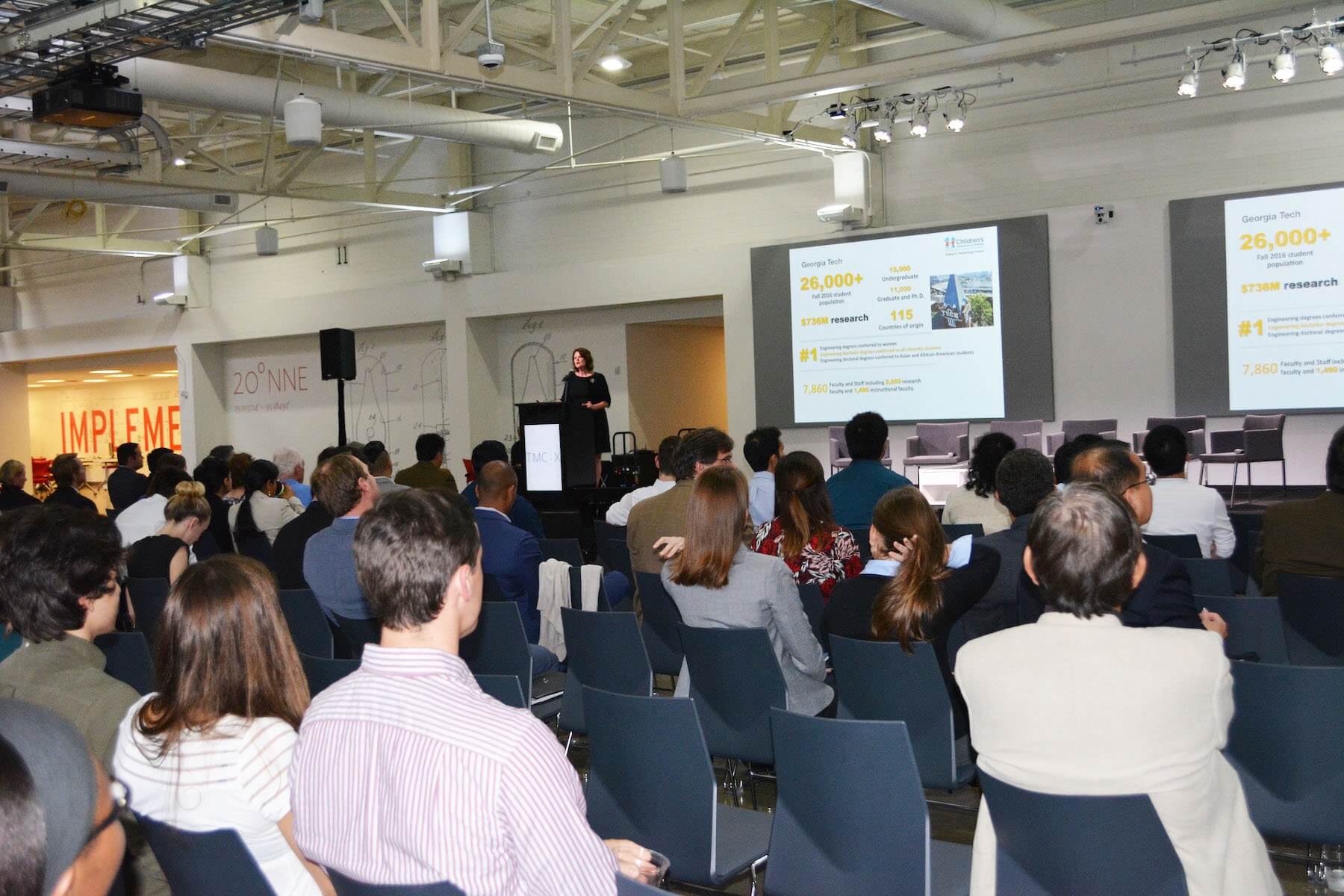 Getting engineers, clinicians and money managers to work together is a challenge, so it helps when there is a common goal, said Sherry Farrugia, COO and CSO of Children’s Healthcare of Atlanta Pediatric Technology Center at Georgia Institute of Technology.

Farrugia was the keynote speaker for “An Evening of Medical Device Innovation,” a Nov. 3 event that drew nearly 200 people to the TMC Innovation Institute to hear about medical device innovation. 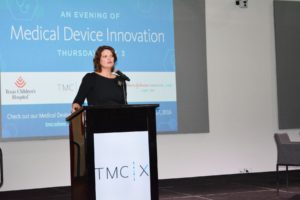 “The hospitals are the nurturers and we are the problem solvers, so it is a match made in heaven, right?” Farrugia said.

Children’s Healthcare of Atlanta is the largest by volume pediatric institution in the country, she said. But instead of taking the approach that a medical device would need to be used on thousands of children a year to be viable, the partnership also considers devices that might help as few as 100 children per year.

Farrugia also discussed the challenges of bringing together clinicians, engineers and certified public accountants, who bring different thinking and skill sets to the table. Once the partnership was able to recognize and appreciate their differences, she said, it was able to produce devices in a short period of time.

“Instead of an ‘Aha Moment,’ we call it our ‘Ra Ra Moment,’” she said. “Our common foundation is child impact, period, end of discussion. So when I sense conflict in a meeting, I will stop and ask people why they are here. If it is to get papers published, then they aren’t in the right place. We have to have that common foundation.”

Since its inception in 2012, the partnership has grown to include 80 engineers working on pediatric research. It also works with the Global Center for Medical Innovation (GCMI) in Atlanta. There, 70 projects and 10 companies have been incubated, according to Tiffany Wilson, CEO of GCMI, who was in attendance for the event. 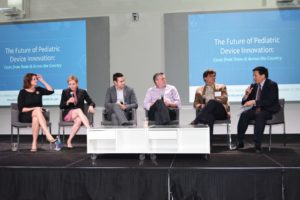 “The Future of Pediatric Device Innovation: Cases from Texas and Across the Country” panel.

Following Farrugia’s keynote were two panel discussions. The first was on “The Future of Pediatric Device Innovation: Cases from Texas and Across the Country,” moderated by Chester Koh, associate professor of pediatric urology and director of the pediatric robotic surgery program at Texas Children’s Hospital and Baylor College of Medicine. They panel spoke about clinical trials, working with nonprofit and for-profit entities and educating engineers on pediatric needs.

In addition to Farrugia and Wilson, the panel included: Erik Halvorsen, Ph.D., director of the TMC Innovation Institute; Duncan Maitland, Ph.D., the Stewart & Stevenson Professor I in the Department of Biomedical Engineering at Texas A&M University; and Eric Richardson, Ph.D., founding director of the global medical innovation master’s program at Rice University.

The second panel, “From the Trenches: Lessons Learned in Bringing Medical Device Concepts to Market,” was moderated by Farzad Soleimani, M.D., assistant professor of emergency medicine at Baylor College of Medicine, and associate director of the TMC Innovation Biodesign program. 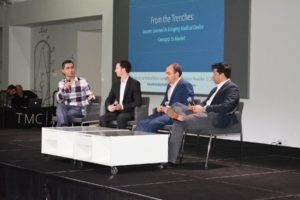 “From the Trenches: Lessons Learned in Bringing Medical Device Concepts to Market” panel.

He brought together a mechanical engineer, Jeffrey Alvarez, co-founder of Naya Health; a fluids engineer, Mehrdad Farhangnia, president and CEO of Roxwood Medical; and a medical device maker and serial entrepreneur, Darin Buxbaum.

They spoke about how their ideas came to fruition and the challenges to getting devices to commercialization.