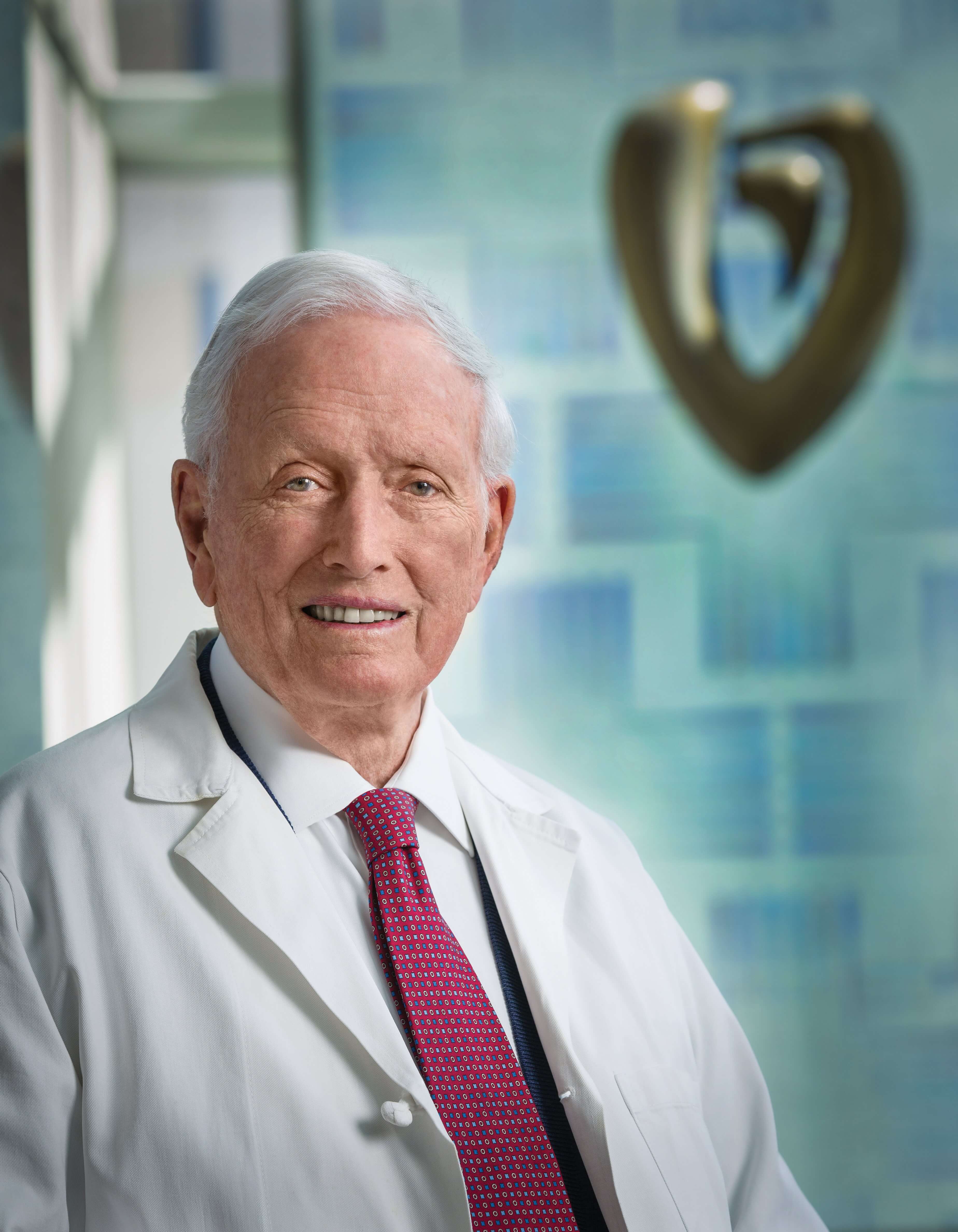 Denton A. Cooley, M.D., a pioneer of cardiovascular surgery who performed the first successful human heart transplant in the United States and became the first heart surgeon to implant a total artificial heart in a human, died on Friday, Nov. 18.

In the early years of his career, when heart surgery was in its infancy, Cooley operated on a dozen patients a day.

“I did the first successful heart transplant in the United States, and I was so impressed with the fact that you could actually replace this pump for the whole circulatory system,” Cooley told TMC Pulse magazine in 2014. “The heart is one of the simplest organs in the body… not nearly as complex as the liver or the kidneys.”

“I’ve always thought life was like a marathon,” Cooley said in 2014. “You want to save some effort for the last hundred yards and have a little kick at the finish. And that’s what I would like to do.”

Cooley went to the University of Texas, where he was a varsity basketball player. After two years at The University of Texas Medical Branch at Galveston, he transferred to Johns Hopkins University School of Medicine, graduating in 1944. He went on to serve as a faculty member at what is today Baylor College of Medicine alongside the late Michael E. DeBakey, M.D., then the chairman of the Baylor department of surgery.

The 1950s and 60s ushered in exciting advancements in cardiovascular surgery—from the introduction of open-heart surgery, to transplantation, to mechanical assist devices—and Houston surgeons were at the center of it.

The Texas Medical Center was growing at that time, and Cooley saw an opportunity to create a heart institute in a clinical partnership with what is today CHI St. Luke’s Health–Baylor St. Luke’s Medical Center.

Cooley founded the Texas Heart Institute in 1962 and served as its surgeon-in chief for more than 40 years.

“Dr. Cooley wanted to create an entity that would try, through research, to help people with cardiovascular disease,” James T. Willerson, M.D., president of the Texas Heart Institute, told Pulse in 2014. “He and his colleagues at the time were doing most of the heart surgery for the entire United States, in adults and children. But he wanted to do more than the surgery, and he believed that he could establish a Texas Heart Institute that would be involved in research and education—the education of young doctors, in all facets of cardiovascular disease.”

Cooley will be remembered for his great technical skills, enormous experience, and wonderful judgment about what needed to be done in individual patients.

Willerson told Pulse in 2014 that Cooley was “probably the very best heart surgeon who has ever lived.”