Are Doctors Closing In on a Zika Vaccine?

Among other things, mosquitoes must cooperate

Are Doctors Closing In on a Zika Vaccine? 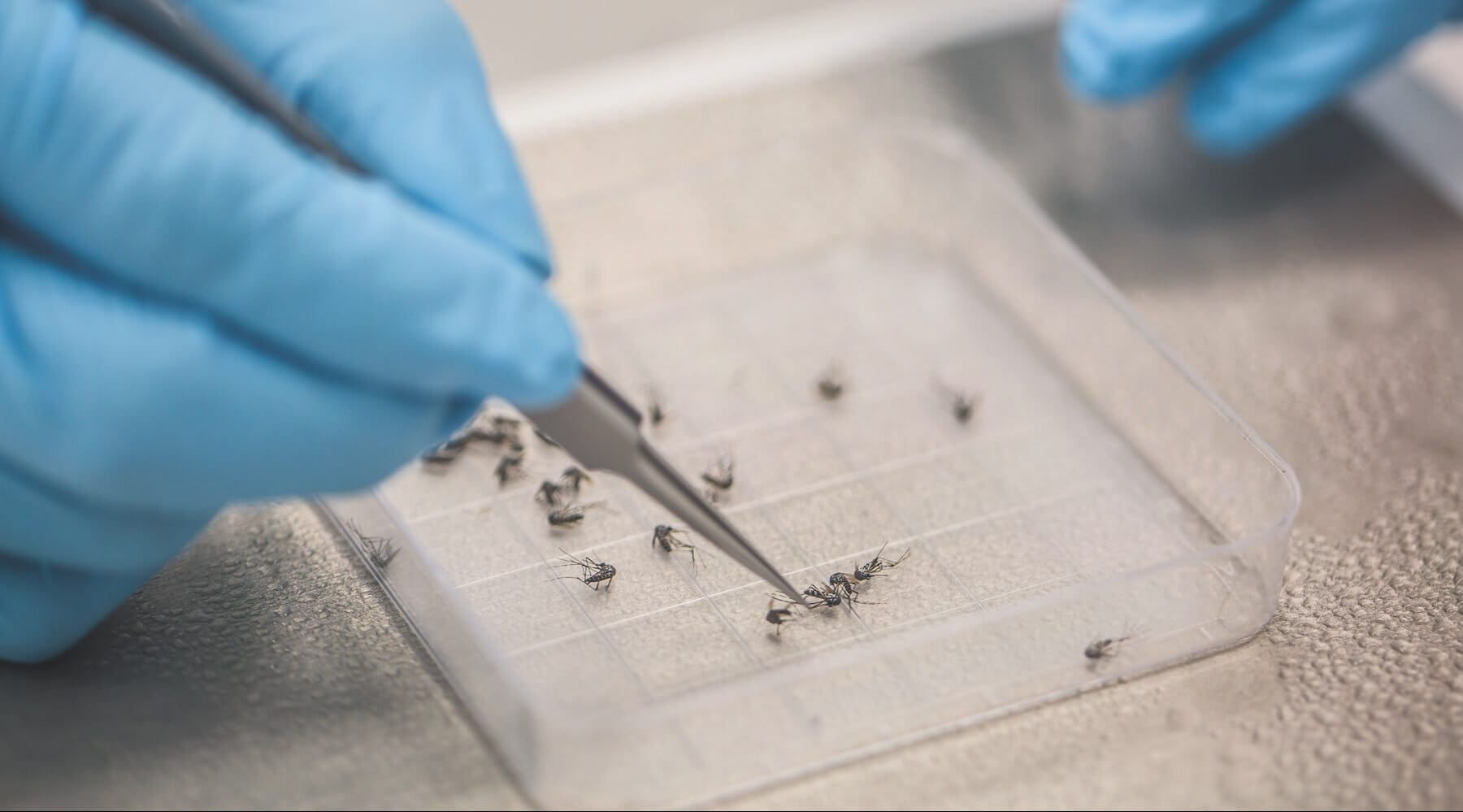 The Zika virus stepped onto the national stage a few years ago, but this week, the Centers for Disease Control and Prevention identified a transmission of Zika close to home. A Brownsville woman is said to have the disease, which is spread by mosquitoes. She is not pregnant, did not have sexual relations with an infected person, and has not traveled anywhere the disease is spreading, according to a New York Times report.

This case makes the work of Alan Barrett, Ph.D., director of the Sealy Center for Vaccine Development at The University of Texas Medical Branch at Galveston (UTMB), even more pressing.

He, along with other vaccine experts, are hoping that a Zika vaccine can be developed faster than the typical 20-year time frame from laboratory to doctor’s office.

Some 40 different groups are working on a Zika vaccine, Barrett said.

As director of the World Health Organization (WHO) Collaborating Center for Vaccine Research, Evaluation and Training for Emerging Infectious Diseases, Barrett is working with international vaccine experts to speed up the development of a safe and effective Zika vaccine.

“The public expects a vaccine to be 100 percent effective and 150 percent safe,” he said.

Barrett has been part of the WHO’s vaccine committees since the late 1990s, and UTMB became a WHO Collaborating Center for Vaccine Research in 2014. There are just seven such centers around the world, and only two in the United States: the other is at Johns Hopkins University in Baltimore, Maryland.

UTMB is no stranger to Zika. Within its vault of virus samples, the university has a strain of Zika from 1946. It is similar to the Zika strains from today, and from other samples around the world, Barrett said. This is good news. It means that different groups of researchers don’t have to work on the same Zika strain to produce an effective vaccine.

“If you are making a ‘killed’ or inactivated vaccine, that makes it easy to try to raise an immune response because it doesn’t matter the strain,” Barrett said. “When making a ‘live’ vaccine, then the strain you would use would make a difference.”

Barrett, along with researchers Stephen Thomas, M.D., then at the Walter Reed Army Institute of Research, and Maïna L’Azou and Nicholas Jackson, Ph.D., of Sanofi Pasteur in France, published a paper on the viability of fast-tracking a Zika vaccine in The New England Journal of Medicine this fall. They concluded that the time required to develop a safe vaccine “will be determined by prior experience with the selected technology, the continuation of outbreaks, and the required scale-up of manufacturing.”

In May, Barrett was part of a WHO group that prepared a target product profile for a Zika vaccine, which gives vaccine producers guidelines for dose levels, schedule, delivery method and the target population for the vaccine during a Zika emergency.

“The idea is to produce guidelines on what is needed in, say, Brazil and other countries, to control the outbreak and protect women of child-bearing age from getting Zika,” he said.

Researchers making vaccines face many challenges. They have to look at safety, immunogenicity—a vaccine’s ability to produce an immune response in the body—and whether or not the vaccine works in animals.

There are promising studies with newly-developed candidate vaccines that can provide animals with immunity to the disease. And there are currently three Zika vaccine hopefuls in the first phase of testing in volunteers.

That may sound like a good start, but before any vaccines become available in doctors’ offices, they must be tested, which takes time.

Researchers also have to look at Zika’s interaction with other viruses. Zika is part of a family of related viruses called flaviviruses, which include dengue, West Nile, yellow fever and Japanese encephalitis. Being infected with both Zika and a related virus at the same time, or already having immunity to another flavivirus, could alter how well a Zika vaccine performs, Barrett said.

“When making a vaccine, you want that protective immunity, and you also want to keep it from spreading throughout the body,” Barrett said. “When you get a later infection, you want that immunity to stop the virus from multiplying. That is a high bar to set for a vaccine.”

There are other questions that need to be answered, as well: Does the vaccine affect males and females differently? How does the vaccine interact with various bodily systems? How, exactly, does the immune system produce the desired protective response after vaccination? And what impact, if any, would the vaccine have on a pregnancy? Many researchers are investigating how to stop the virus from multiplying in reproductive tissues and fluids, Barrett said.

Ultimately, the mosquitoes have to cooperate. They tend to be most active during warm and humid months, so there is a limited window of time each year to determine how effectively a vaccine works in people.

Researchers could study areas around the world where it is warm and humid year-round, but the virus would need to be active in those areas, Barrett said. Viruses do not tend to affect all areas at the same time, he added. Rather, they move around, which makes designing clinical trials very difficult.

Researchers are not sure if the virus will reappear in the next year. If it doesn’t come back for three or four years, it will be difficult to conduct clinical trials, Barrett said.

“It’s a tricky situation,” he said. “As much as you don’t want it to come back, you need the disease to show the vaccine works.”