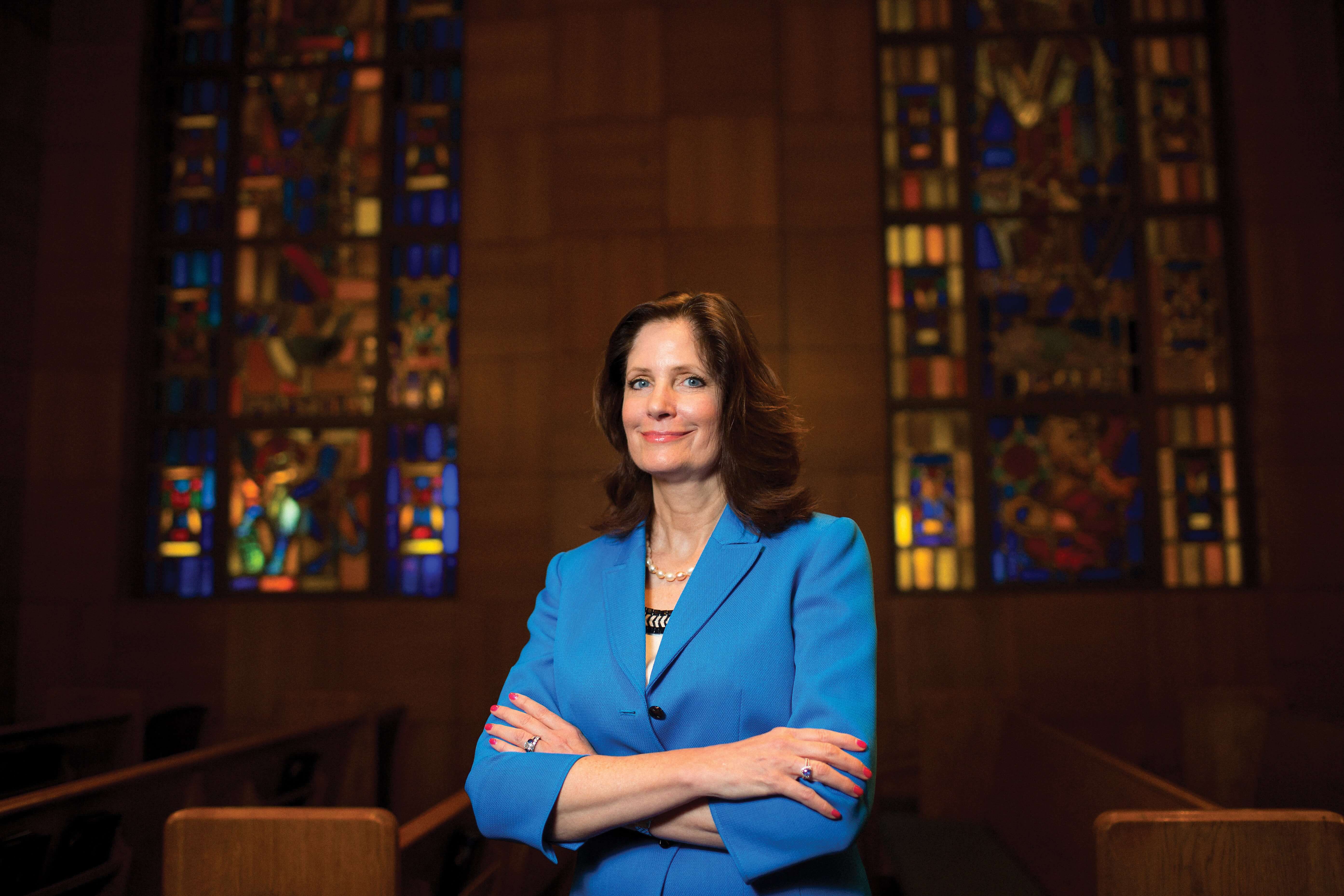 Julia Andrieni, M.D., vice president of Population Health and Primary Care at Houston Methodist Hospital and president and CEO of Houston Methodist Physicians’ Alliance for Quality, speaks with Pulse about her acting aspirations, the happy collision of science and medicine, and the future of health care.

Q | Can you tell us a bit about your childhood and family?
A | My father was a first generation immigrant from northern Italy. His family ended up settling in Houghton, Michigan, working in the coal mines. My father, who had an eighth grade education, contributed to supporting his family at an early age. He met my mother in the South, during World War II, and settled in Augusta, Georgia, where I was born and raised. I always did well in school and loved mathematics. When it came time to go to college, though, my mother said, ‘Oh, you don’t really need to pursue that path because you’ll marry your childhood sweetheart and have a nice life.’

Q | But you wanted to go to college?
A | Yes, I valued education as a vehicle for advancement. Interesting anecdote. One night at the dinner table, my older brother said, ‘Why don’t you apply to Vassar?’ He had just seen a James Bond movie where Kim Basinger does a karate chop and James Bond asks her: ‘Where did you learn to fight like that, NASA?’ She replies: ‘No Vassar.’ So my brother thought if I went to Vassar I’d be the coolest woman of all time. I applied and ended up getting a scholarship that paid for half my education. When I went to Vassar, it opened my eyes to a whole new world of opportunity.

Q | What did you study at Vassar?
A | As a freshman I wanted to be an actress. Meryl Streep went to Vassar College; she was my commencement speaker. But my parents thought that was a terrible idea, so I became an economics major because math was always a strength for me. After Vassar, I wanted to explore my interest in science so I worked as a research assistant at Rockefeller University in a Nobel Laureate lab. With my economics degree, I had the opportunity to work for eight years with a startup team to bring Hoya, a Japanese glass corporation, to the U.S. market as director of marketing. Hoya expected me to continue on the business path and agreed to pay for my M.B.A. at Columbia University. I believed I could make a greater contribution in science, which led me to medical school at the age of 31 as a second career.

Q | How did that career shift feel?
A | I always felt that it was just meant to be. It was really important to be able to combine science with the business of medicine in implementing transformative change at the individual and system level.

Q | After studying and working in New York at Lenox Hill Hospital, an NYU School of Medicine affiliate, you ended up in Massachusetts at UMass Memorial Medical Center. What led you to UMass?
A | An opportunity to have a larger and more influential role at a medical school. At Lenox Hill, I was vice chair of the Department of Medicine and chief of the General Internal Medicine division. I had the same titles at UMass, but I had responsibility for a much larger faculty and budget with a greater clinical, educational, and research portfolio. The achievement of which I am most proud is that I started a mentoring program for the entire health sciences campus that included the graduate school of biomedical sciences, nursing school, and medical school. For this work, I was named the Joy McCann Professor for Women in Medicine at the University of Massachusetts Medical School. Creating an environment for others to grow, advance, and succeed is important to me.

Q | How much of your experience at UMass influenced your decision to come to Methodist in 2013? After all, Houston is a monstrous, complex city.
A | I have always been interested in complex systems and how the pieces fit together in order to build new programs. Methodist had made a decision to build a premier primary care network as part of the vision of Dr. Marc Boom. I was fortunate to work with excellent teams that include Stephen Spielman and Dr. Chris Robben to recruit primary care physicians and Dale Clark and the Quality Integration Specialists to align independent primary care physicians in this network. It was an opportunity to build on my experience and lessons learned in Massachusetts and New York. Our guiding principles are patient-centric, and the timing was perfect because primary care was becoming the cornerstone of population health. As a leader and advocate for primary care, I thought: We can really make a difference and do this right for large populations in the greater Houston area.

Q | Let’s talk about population health. I often refer to it as facility-based medicine. People show up at ERs or at their primary care physician, often at a time when their disease or an event has taken place, and they receive treatment and then return home, becoming somewhat disconnected from their care. I know population health has a different view on how we manage patients at a distance. Can you elaborate on that?
A | Population health management is a data-driven integrated health care delivery model that provides individualized care plans to populations based on health risks and conditions. We have different plans of care to accommodate the challenges of different populations and individuals. We are developing partnerships with community services to assist with food insecurity, transportation, and behavioral health needs. We are creating a congregational health network to connect patients to interfaith community partners so we can care for the whole person including their spiritual needs. If you don’t address the social determinants of health, your health outcomes can be limited.

Q | I would imagine the move now from fee-for-service to value-based health care is actually supporting population health more and more. Is that a good groundswell of support for programs that you’re heading up?
A | Yes, the transition from volume to value focuses on health outcomes and the coordination of individualized care. With the IT infrastructure to support predictive analytics and identification of gaps in care, we have the tools needed to direct resources to high risk populations. In addition, our Primary Care physician network has grown significantly to support the Greater Houston area. We have also been fortunate to build on the talents and successes of our Care Navigator program led by Janice Finder. People are complex, with specific health needs and motivations. One size does not fit all. A key component of population health is patient engagement to sustain outcomes. Patient portals and home health wearable devices educate and engage patients to better understand their condition. It takes high-functioning teams to implement population health programs where the patient is at the center of the team. I am grateful for the work of many teams at Houston Methodist who provide the expertise, wisdom, and dedication to patients that improve the health of our populations.

Q | I almost forgot to ask: what’s your perspective of the Texas Medical Center?
A | There’s absolutely nothing like it. I tell people it’s a medical city of its own, with every entity side by side. When I first arrived, I thought this was downtown Houston! The number of people who come to work every day in health care in this one location—that is very Texas. If we could harness all of that energy, what a brain trust we would create!