Food, Football, Fun: Taste of the NFL to Host Annual Event at UH on Eve of Super Bowl LI

Food, Football, Fun: Taste of the NFL to Host Annual Event at UH on Eve of Super Bowl LI 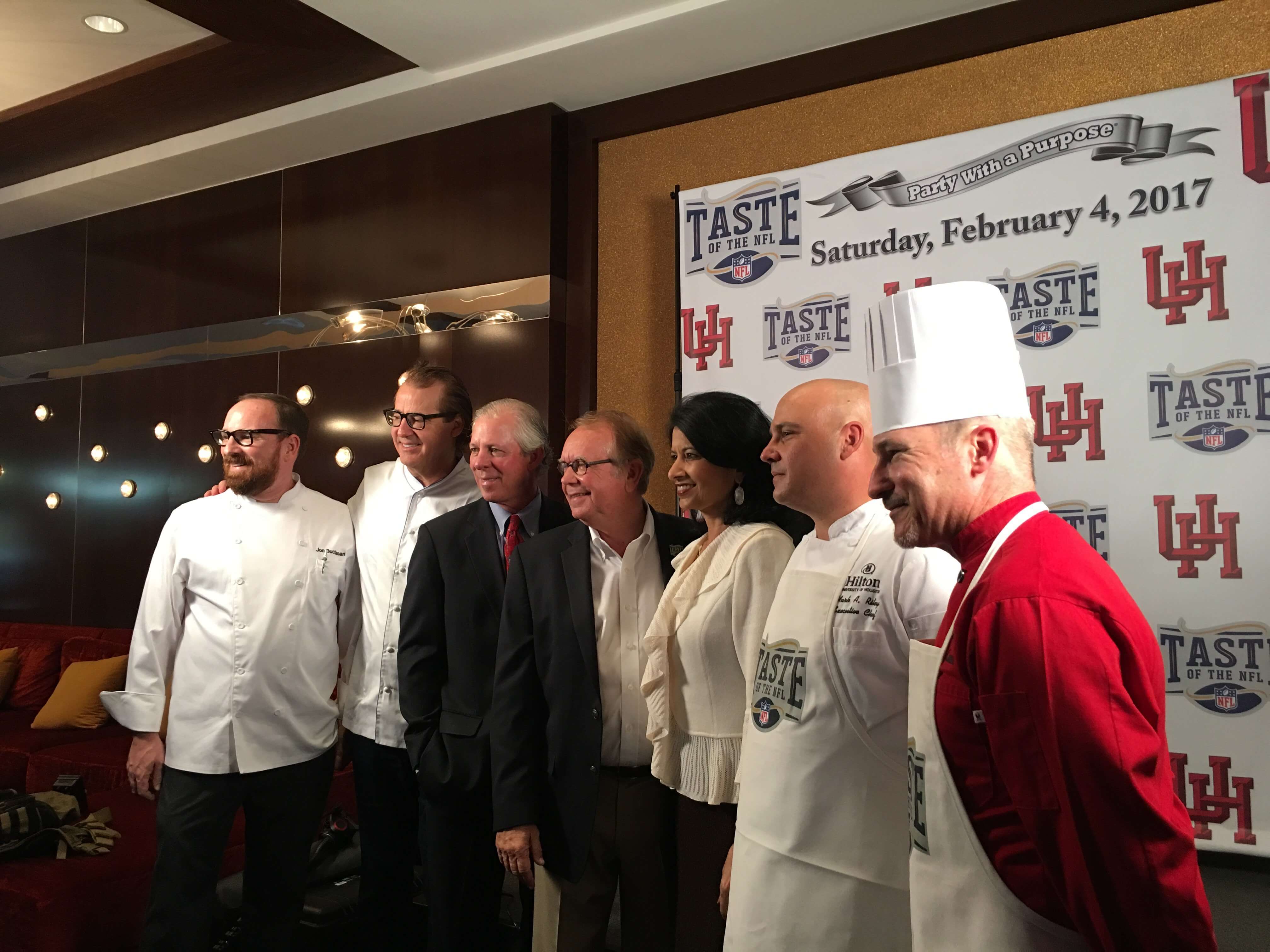 Taste of the NFL, a fundraising organization dedicated to alleviating hunger and homelessness, announced today it will host its 26th annual “Party with a Purpose” at the University of Houston on the eve of Super Bowl LI.

Four local chefs, including Café Annie’s James Beard Award-winning chef Robert Del Grande, and Third Coast chef Jon Buchanan, served up a few of their gourmet game-day dishes at the Hilton University of Houston for a special “Party with a Purpose” preview on Tuesday.

With support from the Texas Medical Center, which will also serve as the official Chef Host of this year’s Party with a Purpose, the event will feature a grand tasting on Feb. 4, 2017, on the UH campus. Hall of Famers and alumni players will join celebrated chefs from the 32 NFL cities to serve food and wine pairings to thousands of guests with the goal of raising awareness and money to fight hunger.

“The University is a vital pillar and resource for the community, so we are thrilled to partner with them this year as we return to Houston,” Taste of the NFL founder Wayne Kostroski said in a prepared statement. “In addition to creating new meals, this event is about creating hope and possibility for millions of Americans who are food insecure, and we are grateful to have UH’s support as we continue to fight hunger in this great city and across the country.”

UH president Renu Khator called the partnership with Taste of the NFL an exciting landmark that aligns with the university’s goal to create new opportunities for public service.

“As you can see, it’s a party with a purpose and we’re a university with a purpose,” Khator said. “We are both mission driven. With our missions combined together, it’s about opportunities and it’s about doing things that go a little bit beyond the horizons and traditional boundaries of our operation.”

To learn more about Taste of the NFL’s “Party with a Purpose” and to purchase tickets, visit https://www.tasteofthenfl.com/.