A Man of the World

A Man of the World 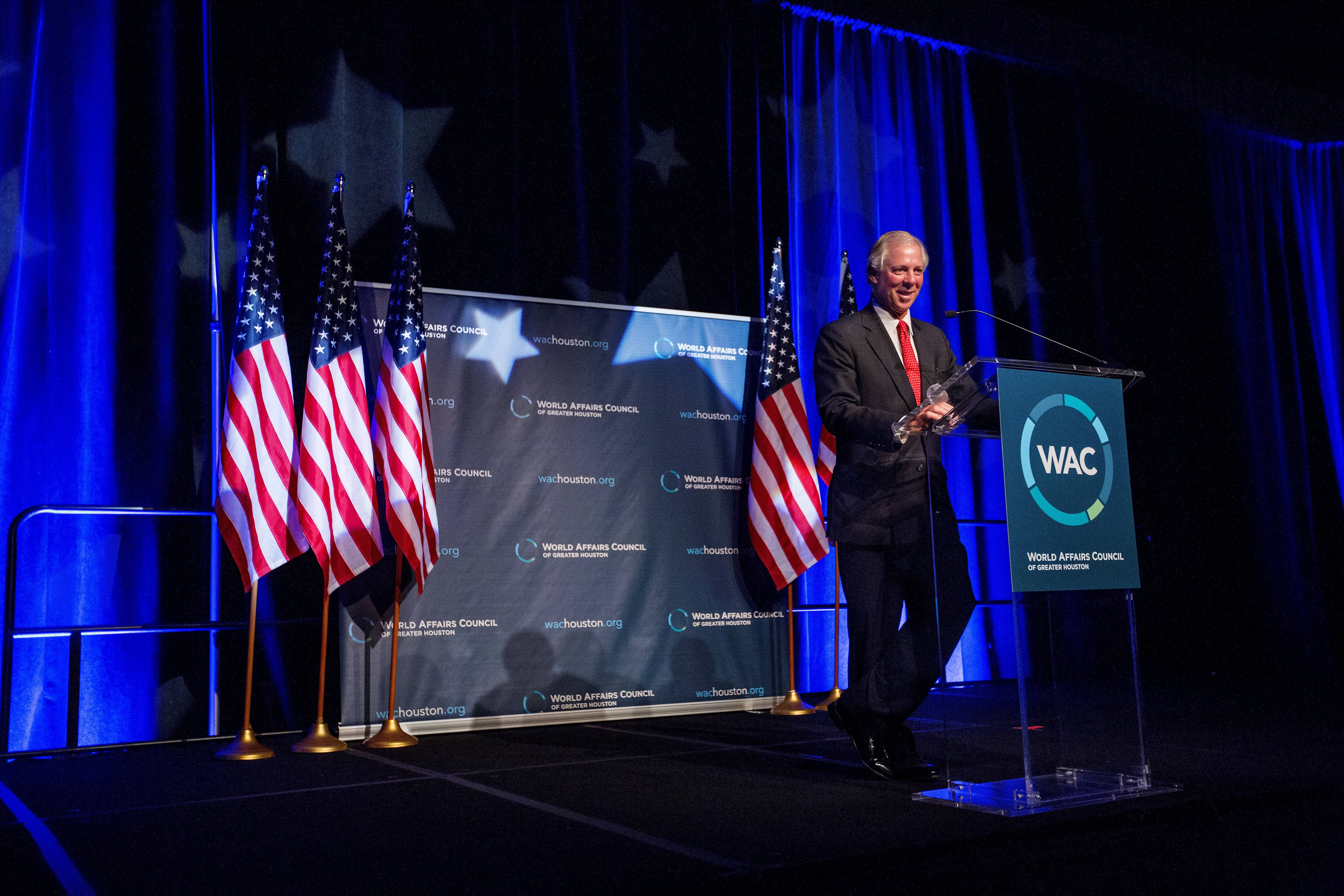 On a warm September evening, guests from across the city gathered at the Hilton Americas-Houston to honor Robert C. Robbins, M.D., president and CEO of the Texas Medical Center.

Robbins was named International Citizen of the Year at the World Affairs Council of Greater Houston’s annual Jesse H. Jones Award Gala. While the TMC Orchestra performed the Star Wars soundtrack in his honor, several members of the local business community spoke to his influence.

“Less than four years ago, we all found out that this fancy genius California doctor was coming to run the most sacred of Houston institutions, the Texas Medical Center,” said Paul Hobby, chairman of the Greater Houston Partnership. “We’re all on the edge of our seats to see what he can do next because what he’s done in four years is simply astounding.”

Each year, the council selects an influential leader who has made a significant contribution to Houston and beyond, by exhibiting the same passion and vision as Jesse H. Jones—a politician, entrepreneur and philanthropist who helped lead Houston and the country through the Great Depression and World War II.

“Jesse H. Jones was visionary in his recognition that the city’s future depended on our international engagement,” said Sandija Bayot, interim executive director of the council. “Dr. Robbins’ vision and tireless efforts to attract biotechnology leaders, investors and other stakeholders from around the world to innovate and partner with TMC institutions embody the spirit of the International Citizen of the Year Award.”

An internationally recognized cardiothoracic surgeon, Robbins joined the TMC in 2012 to increase cross-institutional collaboration and research initiatives around medical innovation, genomics, regenerative medicine, clinical research and health policy.  Robbins has created a culture keen on breaking down silos and building on creativity and teamwork. Already this year, the Texas Medical Center has partnered with AT&T for its sixth Foundry for Connected Health, and opened Johnson & Johnson’s JLABS @ TMC.

Meanwhile, Robbins is ramping up efforts to expand the medical center. In the works is the TMC3 Translational Research Campus, which will integrate academic research and clinical partners.

His goal, he said, is to streamline the bench-to-bedside process across the medical center and develop new drugs, new medical devices, new diagnostics and new digital platforms with the sole purpose of improving the health of humanity.

“In the last four years, I think we’re involved in something that even Jesse Jones and Mary Gibbs Jones, Monroe D. Anderson and George Hermann would be proud of,” Robbins said. “This is probably the most exciting life sciences project going on in the world today. We’re pretty excited about the work we’re doing.”

Hobby attributed Robbins’ success in leading a “quiet revolution” at the Texas Medical Center to his genial yet direct nature.

Robbins “has taken that sacred institution in the most graceful way,” he said. “He has pivoted it in a way that has excited the whole city, that is unquestionably the right direction for the city and the medical center.”

Previous recipients of the award include numerous oil, gas and energy executives, including ConocoPhillips chairman and CEO Ryan Lance, EnerVest CEO John B. Walker, former Baker Hughes CEO Chad Deaton and former Houston Lighting and Power chairman and CEO Don Jordan. The decision to honor Robbins is a testament to the growing number of major industries that are helping to diversify and globalize the Houston economy.

“As a global city, Houston is blessed to have leading industry sectors like energy, aerospace and medicine operating and thriving here,” Bayot said. “We are doubly blessed to have leaders like Dr. Robbins who call Houston home, and not only serve as global ambassadors for institutions like the Texas Medical Center, but the region as a whole.”