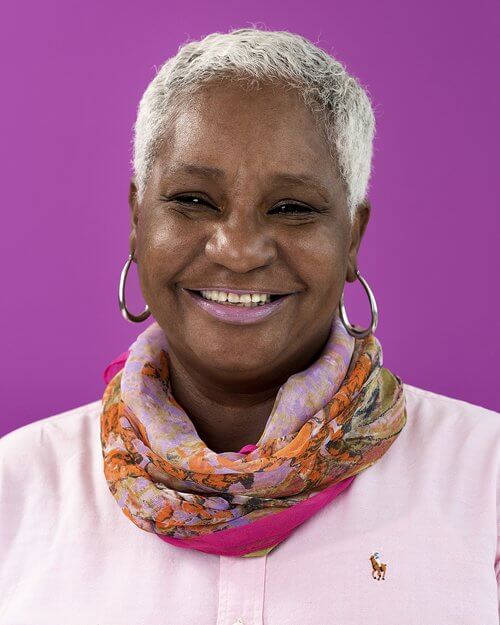 Sheila Fant thought she was done with breast cancer a long time ago. She had successfully battled and won. However, last year, a decade after her last bout, she was diagnosed again—this time with an aggressive cancer at stage III.

“At that time, no one in my family had ever had cancer,” she says of her first breast cancer diagnosis. “Maybe it was work-related. For 22 years, I worked in a hazardous waste facility. I wonder if that figured into it.”

In 2005, Fant was diagnosed with cancer of her right breast and had a lumpectomy and radiation treatment. But early in 2015, when she went to Harris Health System’s Smith Clinic for her routine mammogram, doctors saw something suspicious. She had an ultrasound, then a biopsy. Doctors found cancer, a different kind, in her left breast.

Because the cancer was fast-growing, Fant was relieved to have a mastectomy at Harris Health’s Ben Taub Hospital and, in quick succession, six months of chemotherapy at Smith Clinic. Side effects of the chemotherapy were difficult. In addition to losing her hair, she suffered nausea and was tired. Worse was the memory loss.

Fant has not made sweeping lifestyle changes. She says she’s always been a healthy eater, except for loving sweets.

“I won’t lie—I still eat them, just not as much,” she adds. “I want to exercise, but I don’t have the energy.”

And yet, she’s very busy. The oldest of seven children, she’s always been a caregiver. Her mother and sister have dementia and require care. Now her mother has cancer; Fant takes her to radiation treatments.

A Jehovah’s Witness, she says she depends on her faith for strength to care for herself and her family.

“When you have Jehovah in your life, life isn’t hard to deal with,” she says. “Being spiritual got me through this. No matter the consequences, I had hope. I worried more about my friends and family than about myself.”

She’s grateful that cancer is no longer a death sentence. She encourages her acquaintances, “take care of your body. It’s the only one you have.”