James Ragan was diagnosed with terminal cancer as a young teen. Until 20, a documentary, captures the life of this determined Texan who raised millions for pediatric cancer research. 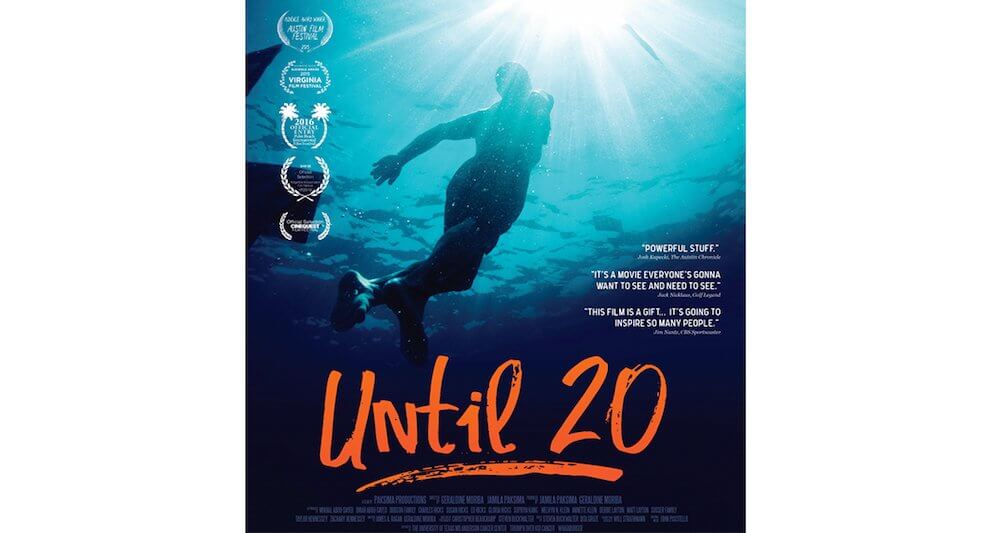 While playing in a tennis tournament in Italy when he was 13, James Ragan noticed swelling in his left knee. At the end of the match, the Corpus Christi native was taken to a local hospital.

The diagnosis was devastating.

In Italy, Ragan learned he had a rare bone cancer called osteosarcoma, a diagnosis verified by doctors at The University of Texas MD Anderson Cancer Center upon his return to the United States. This news marked the beginning of a journey that changed not only Ragan and his family, but the lives of many others.

“I met James when he was first admitted to MD Anderson,” said Valarae O. Lewis, M.D., an orthopedic surgeon and oncologist. “He was an incredible tennis player, but when we took out his bone and reconstructed it with a metal prosthesis, he could no longer play high-impact sports.”

Following Ragan’s initial surgery, he completed a round of chemotherapy and was cleared of cancer. In remission, he rechanneled his passion for tennis into learning more about golf. But his cancer-free days were short-lived. Within four months, the cancer had returned and spread to his lungs.

“Osteosarcoma is like one of those flowers that you blow and the seeds go everywhere,” said MD Anderson nurse Anna Foy in a documentary about Ragan’s life, titled Until 20. “There are tiny, tiny particles of this cancer in your blood, and once it spreads it is just like a wildfire.”

Ragan returned to MD Anderson to continue treatment and begin his fight to end pediatric cancer.

“It was just his nature to fix a problem when he saw one,” Lewis said. “He was very proactive in that sense. He saw what he and his family had to go through and he did not want anyone else to have to do that.”

For his 16th birthday, Ragan threw a toga party to kick off the Triumph Over Kid Cancer Foundation, which he started with his sister, Mecklin, to fund research for osteosarcoma treatments. The foundation partners with MD Anderson Children’s Cancer Hospital and the Driscoll Children’s Hospital in Corpus Christi, Texas.

Over the seven years Ragan battled cancer, he underwent six surgeries and numerous rounds of chemotherapy and radiation to attack the tumors that had metastasized to his lungs. In spite of his illness, Ragan graduated second in his high school class and went on to play Division I golf for Rice University.

While in treatment at MD Anderson, Ragan became an ambassador for the hospital and worked with government officials to raise awareness of the lack of funding for pediatric cancer research. He became close to many other patients and helped them in any way he could.

“There was another sarcoma patient I was treating whose cancer had metastasized all over his body, and he was not able to go to his high school graduation,” Lewis said. “James saw this, and he and his mother got in touch with the superintendent of schools and we were able to have a graduation for the patient at MD Anderson. It meant so much to this child. To this day, I remember that boy’s face when he received his diploma in his cap and gown. That was because of James.”

Fellow sarcoma patient Geraldine Moriba heard about Ragan while she was receiving treatment at MD Anderson. The Emmy Award-winning CNN journalist and filmmaker enlisted the help of filmmaker and friend, Jamila Paksima, to document Ragan’s story.

“When I met James, he knew that he only had about a year to live,” said Paksima, who co-directed Until 20 with Moriba. “Because of this, our conversations were very delicate, but I was so inspired by his optimism and his mission to raise awareness of childhood cancer.”

Paksima and her film crew followed him and his family at home, in the car, to every medical appointment and through every vulnerable moment.

Until 20 sheds light on the struggles of Ragan, his family, friends, doctors, and entire care team, all the while highlighting the lack of research and federal funding for pediatric cancer.

“James wanted to do this documentary because he wanted pediatric cancer to end with him, and I really wanted that for him,” Paksima said. “I thought he was invincible—even though they said he only had one year. We all kept saying something was going to happen, he’s too good to be taken by this disease.”

TMC will be hosting a screening of Until 20 and an expert panel discussion featuring James’ oncologists from MD Anderson and his former professor at Rice University, the discussion will be moderated by Texas Medical Center president and CEO, Robert C. Robbin, M.D. The event will be held on September 20, 2016 from 6-8:30 p.m. and all donations will be given to the Triumph Over Kid Cancer Foundation. The screening will be held at TMCx 2450 Holcombe Blvd suite X, Houston, TX 77021. To register, please go to tmcscreeningofuntil20.eventbrite.com