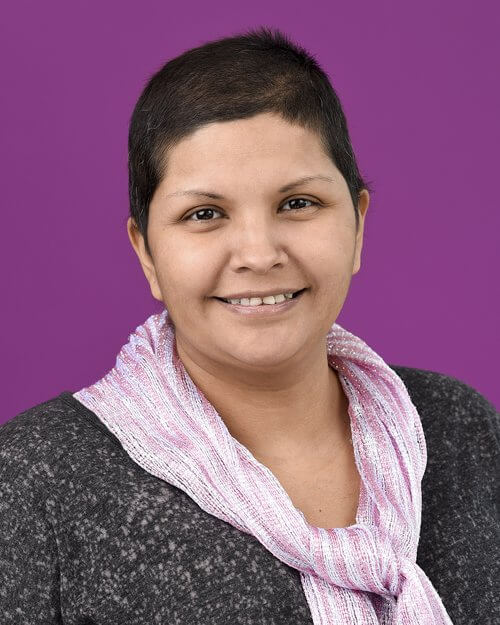 Marissa Ortega has been in treatment for HIV at Harris Health System’s Thomas Street Health Center since 2009, so when she felt a lump in her breast she naturally approached her physician at the HIV/AIDS specialty facility.

Fortunately, Thomas Street is part of Harris Health’s integrated healthcare system with various acute, outpatient and specialty locations. She was referred to the system’s Smith Clinic for a mammogram and biopsy that discovered she had stage II breast cancer.

“I was scared and worried,” she says. “I just wanted to get the treatment over.”

She quickly started a five-month regimen of chemotherapy and dealt with hair loss, weight gain and moderate nausea. She had a mastectomy of her right breast at Harris Health’s Ben Taub Hospital.

Ortega says the hardest part of her treatment was not being able to care for her family. Her husband took on more chores, and her children, ages 7 to 16, were her biggest champions.

“My girls monitored how well I took care of myself,” she says.

Taking care of herself has been a positive result of dealing with cancer. While her energy is still low, she looks forward to being more active.

“I learned that I should have an annual mammogram,” she says. “This was my first. Now, I exercise more, eat better and drink more water. I also appreciate life much more than before.”

At first, she was concerned about continuing her HIV medication during chemotherapy. Her Thomas Street physician and oncologist team worked together to monitor the effects. Throughout the treatment, she did well.

“Knowing I was doing OK with my HIV while the tumor was shrinking made me strong,” Ortega says. “I was confident I would survive.”

She encourages women to get mammograms.