Great-Great-Grandmother Has Much to Live for After Cancer

Great-Great-Grandmother Has Much to Live for After Cancer 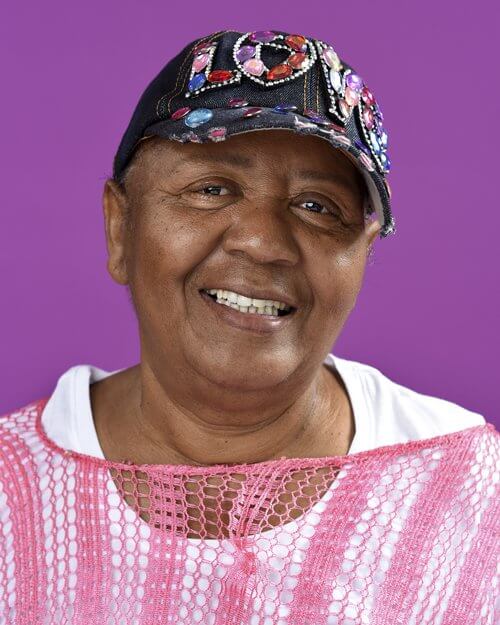 Mattie Underwood of Acres Homes has been a model patient for getting her annual mammogram exams. She never skipped one. When she had her exam in 2015, the radiologist noticed some suspicious spots in her lymph nodes.

Two months later, she had a needle biopsy and was diagnosed with stage I breast cancer in her lymph nodes. Fortunately, an early diagnosis proved to be good news for her.

“I never had pain. I never felt bad—never had a bad day,” she says. “I wasn’t worried. I believe in God, and know worrying will do more harm than good. I knew God would give the doctors the knowledge to do what they could.”

Underwood saw a surgeon at Harris Health System’s Lyndon B. Johnson Hospital at the recommendation of her daughter, a hospital employee. Doctors removed the cancerous lymph nodes and administered seven weeks of radiation treatments at the system’s Smith Clinic.

The thing she missed most when she was recovering from surgery was “being in the thick of things” among her family. Her family is everything to her and she’s the center of it: seven children, a bevy of grandchildren, 38 great-grandchildren and three great-great-grandchildren.

“I love the fuss,” she says. “Being surrounded by all of them does me all the good in the world. They keep me going. I’m happiest when I’m cooking for them.”

Underwood doesn’t know why she had breast cancer, because no other family member has had it. One of her grandchildren, a triplet, was diagnosed with leukemia at nine months old. He went through a tough time, but recently graduated from pre-kindergarten with his brother and sister.

“It seems strength and determination runs in the family,” she says.