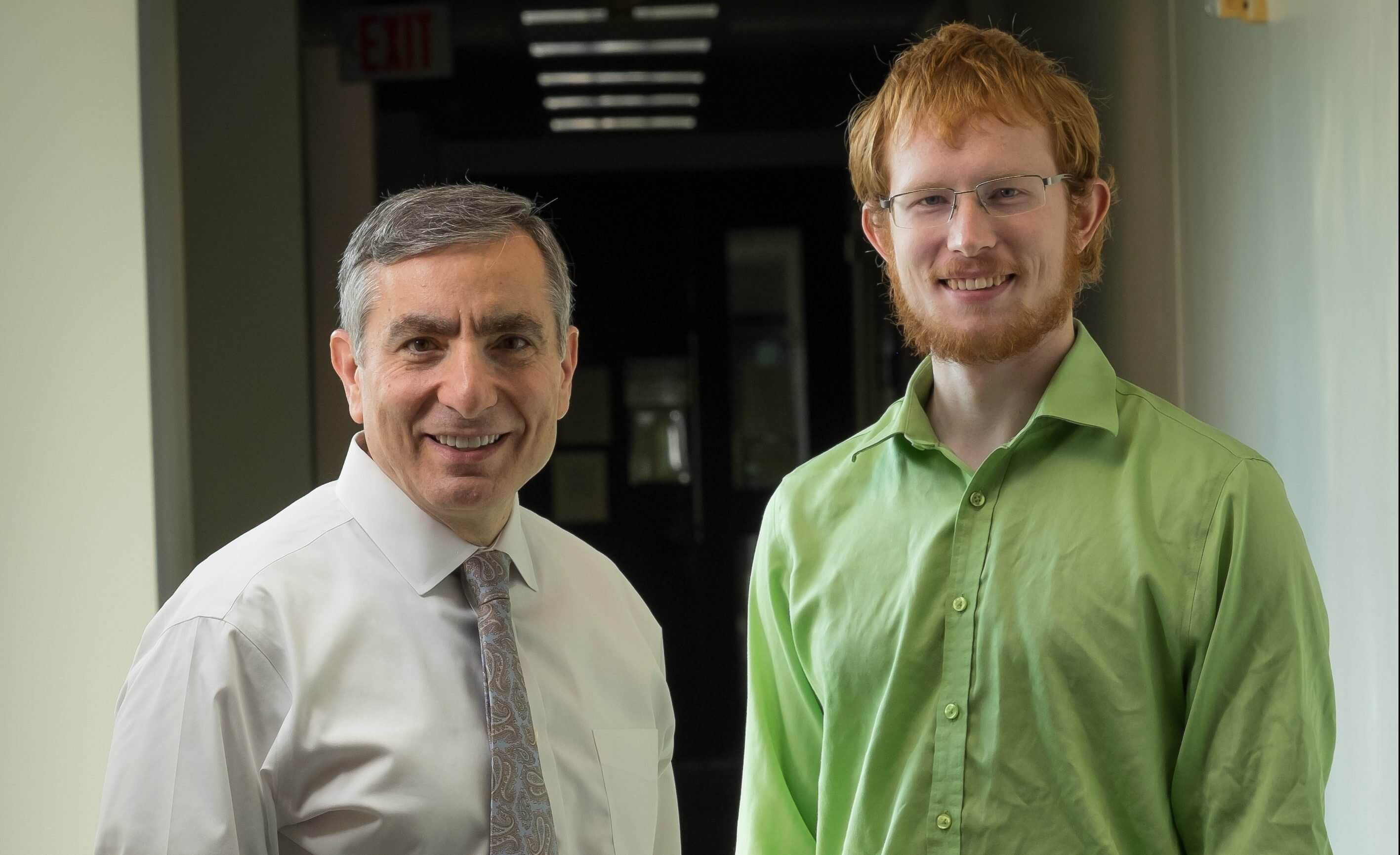 The combination of graphene nanoribbons made with a process developed at Rice University and a common polymer could someday be of critical importance to healing damaged spinal cords in people, according to Rice chemist James Tour.

The Tour lab has spent a decade working with graphene nanoribbons, starting with the discovery of a chemical process to “unzip” them from multiwalled carbon nanotubes, as revealed in a Nature paper in 2009. Since then, the researchers have used them to enhance materials for the likes of deicers for airplane wings, better batteries and less-permeable containers for natural gas storage.

Now their work to develop nanoribbons for medical applications has resulted in a material dubbed Texas-PEG that may help knit damaged or even severed spinal cords.

A paper on the results of preliminary animal-model tests appears today in the journal Surgical Neurology International.

Graphene nanoribbons customized for medical use by William Sikkema, a Rice graduate student and co-lead author of the paper, are highly soluble in polyethylene glycol (PEG), a biocompatible polymer gel used in surgeries, pharmaceutical products and in other biological applications. When the biocompatible nanoribbons have their edges functionalized with PEG chains and are then further mixed with PEG, they form an electrically active network that helps the severed ends of a spinal cord reconnect.

In experiments at Rice and elsewhere, neurons have been observed growing along graphene.

“We’re not the only lab that has demonstrated neurons growing on graphene in a petri dish,” he said. “The difference is other labs are commonly experimenting with water-soluble graphene oxide, which is far less conductive than graphene, or nonribbonized structures of graphene.

“We’ve developed a way to add water-solubilizing polymer chains to the edges of our nanoribbons that preserves their conductivity while rendering them soluble, and we’re just now starting to see the potential for this in biomedical applications,” he said. He added that ribbonized graphene structures allow for much smaller amounts to be used while preserving a conductive pathway that bridges the damaged spinal cords.

Tour said only 1 percent of Texas-PEG consists of nanoribbons, but that’s enough to form a conductive scaffold through which the spinal cord can reconnect.

Texas-PEG succeeded in restoring function in a rodent with a severed spinal cord in a procedure performed at Konkuk University in South Korea by co-authors Bae Hwan Lee and C-Yoon Kim. Tour said the material reliably allowed motor and sensory neuronal signals to cross the gap 24 hours after complete transection of the spinal cord and almost perfect motor control recovery after two weeks.

“This is a major advance over previous work with PEG alone, which gave no recovery of sensory neuronal signals over the same period of time and only 10 percent motor control over four weeks,” Tour said.

The project began when Sikkema read about work by Italian neurosurgeon Sergio Canavero. Sikkema thought nanoribbons might enhance research that depended on PEG’s ability to promote the fusion of cell membranes by adding electrical conductivity and directional control for neurons as they spanned the gap between sections of the spinal cord. Contact with the doctor led to a collaboration with the South Korean researchers.

Tour said Texas-PEG’s potential to help patients with spinal cord injuries is too promising to be minimized. “Our goal is to develop this as a way to address spinal cord injury. We think we’re on the right path,” he said.

“This is an exciting neurophysiological analysis following complete severance of a spinal cord,” Tour said. “It is not a behavioral or locomotive study of the subsequent repair. The tangential singular locomotive analysis here is an intriguing marker, but it is not in a statistically significant set of animals. The next phases of the study will highlight the locomotive and behavioral skills with statistical relevance to assess whether these qualities follow the favorable neurophysiology that we recorded here.”