Dedicated Family Time is a Priority for Breast Cancer Survivor

Dedicated Family Time is a Priority for Breast Cancer Survivor 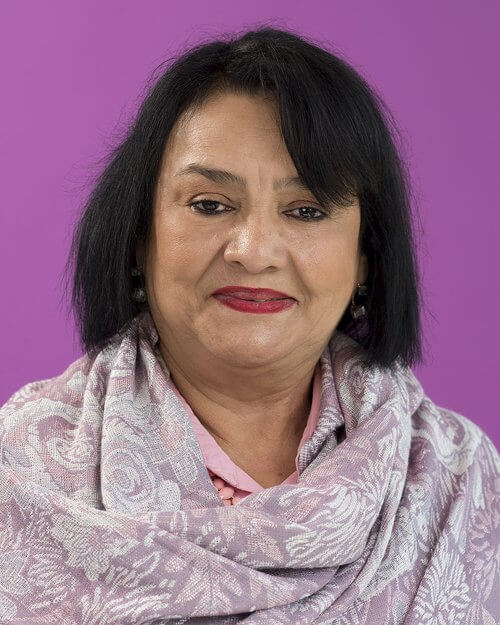 Rosa Huddleston is a young-looking 68-year-old and a naturally positive person. Such was her disposition despite being diagnosed with breast cancer. Even through surgery and treatments, she remained happy.

It was after her annual mammogram in 2000 when doctors at Harris Health System’s Vallbona Health Center referred her to the system’s Ben Taub Hospital for a biopsy. There, she found out she had stage I cancer in her left breast.

“When they told me it was cancer, I wasn’t in denial,” she recalls. “I just lived life as if I didn’t have it.”

She didn’t ignore the reality of cancer. She continued her treatment plan and had a lumpectomy, then chemotherapy and radiation. Through it all, she drove herself to every treatment.

“I was very determined not to miss an appointment,” she says. “It had to be that way. God gave me lots of strength and will, and I used it.”

She made it a point to dress well every day, believing the way she presented herself on the outside affected how she felt on the inside. She shared that philosophy with other women she met in waiting rooms.

“I encouraged them to attend to their looks and to practice self-love,” Huddleston says. “Many people hear cancer and think death. You have to be positive. That’s the solution to everything. A great attitude is essential for getting through anything.”

She has advice for others.

“Get screened and take care of your health. Without health, you have nothing,” she says. “Don’t self-medicate. That might take away the pain, but not the problem. Go to your doctor and find out the source of the problem.”

She commends her care team at Harris Health and is using them as inspiration to get involved in the community to support neighbors with health issues. She wants to motivate, a fitting goal for her personality.

“Life is about being positive,” she reasserts. “Even though bad things happen, look past them. Happiness is the best medicine.”