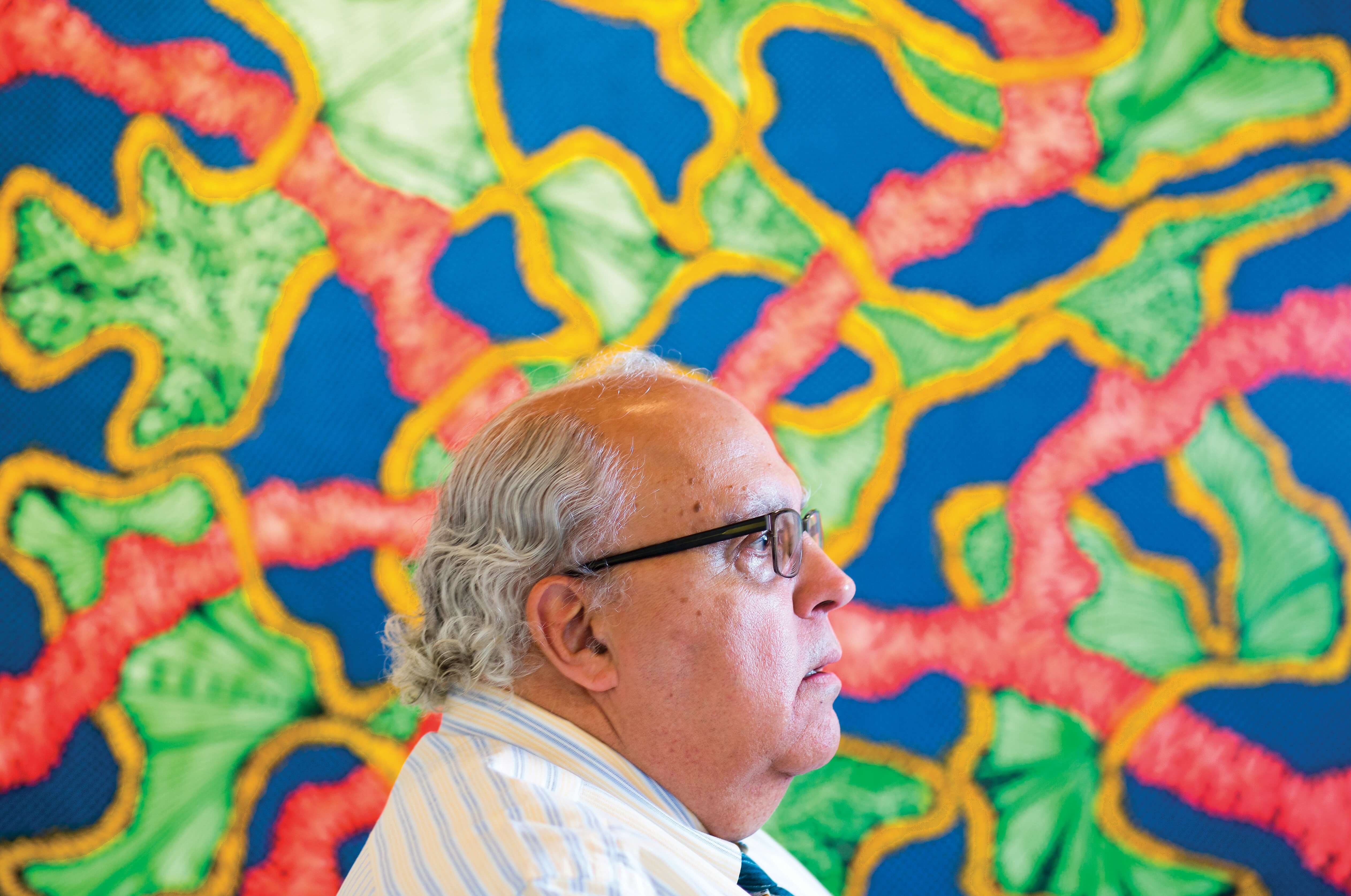 He calls it “doodling” and says that any reference to medicine in his art is utterly unintentional.

But walking into Archway Gallery in Montrose to view Michael Mistric’s work, it’s easy to see how more than three decades of nursing have influenced his aesthetic.

Many of the images recall shapes you might see in a petri dish under a microscope. The colors are striking, often neon, reminiscent of pop music posters from the 1980s—with a zany, biological twist.

Mistric began his career as a combat medic for the National Guard in the 1970s. When he finished his training, he decided to continue his career in medicine, eventually working as a nurse practitioner at the Michael E. DeBakey Veterans Affairs Medical Center Houston. Today, he teaches at the Texas Woman’s University Institute of Health Sciences-Houston and The University of Texas Medical Branch at Galveston.

Mistric’s self-proclaimed “doodling” started as a hobby to get through long conferences in the early 1990s. He applies bold colors to canvases, boxes and plates, and then takes a black oil pen to outline shapes.

He does not have a plan for his pieces when he starts them. Using free-hand techniques, he lets the shapes, images and colors come to him organically.

“I don’t really have any pre-conceived approach to my pieces, because I want you as a viewer to see what you see without trying to see what I meant it to be,” Mistric says. “As with anyone working in a field for over 30 years, it is only natural that it would come out in my work, but it is something I do subconsciously.”