Breast Cancer Survivor is No Stranger to Tragedy, Perseverance

Breast Cancer Survivor is No Stranger to Tragedy, Perseverance 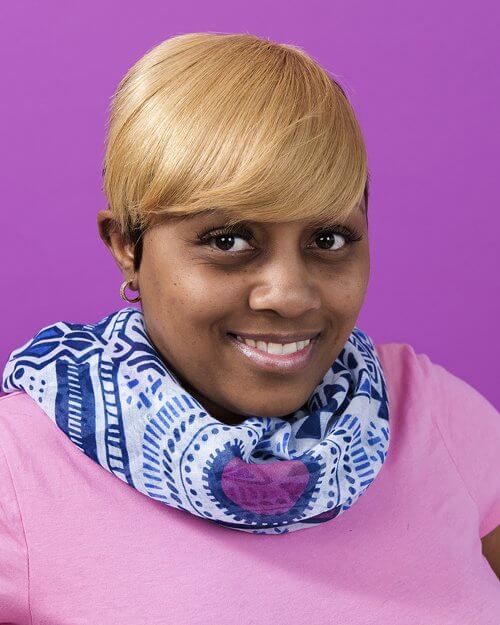 For 34-year-old Lakeisha Jermany, finding out she had cancer was another sad note in a terribly difficult time. She had already experienced great loss in her family—the death of her brother and both parents, only a year apart.

“I went home and cried for two days,” she recalls. “I prayed, and I talked with my family. I didn’t want to give up. I have a 4-year-old daughter and a 9-year-old daughter by adoption. I decided to fight for them.

“I told the doctors, ‘Do whatever you have to do. I’ve got two girls depending on me,’” she adds. “I never wanted the girls to know what I was going through. When my hair fell out, I made an excuse.”

Jermany found a lump while doing a breast self-exam and told her doctor at Harris Health System’s Squatty Lyons Health Center. She was referred to the system’s Lyndon B. Johnson Hospital for a mammogram and biopsy, where doctors diagnosed her with stage II cancer in her right breast.

After five months of chemotherapy, she had surgery to remove the tumor. She followed up with six weeks of radiation treatment at Harris Health’s Smith Clinic. She’s now taking medication for five years with a 95-percent assurance of the cancer not returning.

The most unwelcome side effect of her treatment was early menopause. She also had to deal with the added complications of anxiety and diabetes. Thankfully, her Harris Health care team coordinated and ensured all treatments worked well together.

“The nurses check on me,” she says. Her oncologist “went out of his way to help me manage my diabetes.”

Cancer changed her attitude for the better.

“I learned to be stronger and be patient,” she says. “I used to be angry, but my sister taught me to be calm. I laugh things off now. My family lets me know everything will be okay. Today, I smile more, and I enjoy life more than ever before.”

Jermany has taken on the role of inspirational leader.

“I tell women to get checked,” she says. “But more important, if you have cancer, don’t give up. Do whatever you have to do. You can push through it. Stay away from stress. Keep only positive people around you. They will keep you going.