Breast Cancer Survivor Had No Family History of the Disease

Breast Cancer Survivor Had No Family History of the Disease 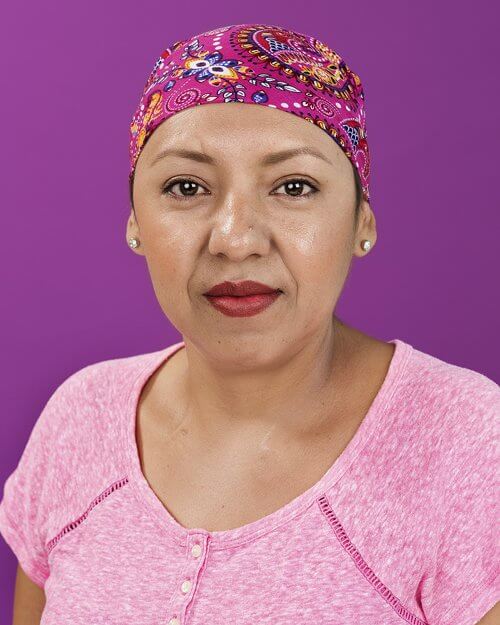 Olga Cleto Murillo had no history of cancer in her family, so when she began feeling pain in her left arm and fingers, and found a lump in her armpit, the last thing she expected to hear was cancer.

She consulted with her doctor at Harris Health System’s Vallbona Health Center who referred her to the system’s Smith Clinic for a mammogram and an ultrasound. A biopsy later confirmed cancer in her left breast. It was stage II and aggressive.

“When the nurse called me, I know she said a lot, but my mind stopped,” Murillo recalls. “I didn’t hear it all. I could only think of my daughter.”

Her daughter, Stephanie, 9, became her greatest motivation to get well. She also received a lot of support and encouragement from her three brothers.

Very quickly, she was scheduled for five months of chemotherapy and the removal of a tumor and five lymph nodes at Harris Health’s Ben Taub Hospital. Six weeks of radiation followed and, today, her prognosis is very good.

“Thank God, everything is better now,” she says. “I can’t complain. I had great treatment and great care from everyone around me. I met so many wonderful women who shared their survivor stories and their advice has been helpful. I’m very grateful.”

Murillo’s life is different since her diagnosis. She’s made a number of healthy lifestyle changes.

“The biggest change is within myself,” she says. “I appreciate life more and value myself more.”

She spends more time enjoying nature and is adamant about staying optimistic.

“The mind is powerful. The more you think positive, the more positive things will come your way,” she says. “I don’t spend much time thinking about my disease. I think of cancer like a headache—it comes, and it will go.

“I keep the faith. I’m healthy, and I look forward to seeing Stephanie grow up and become a woman.”