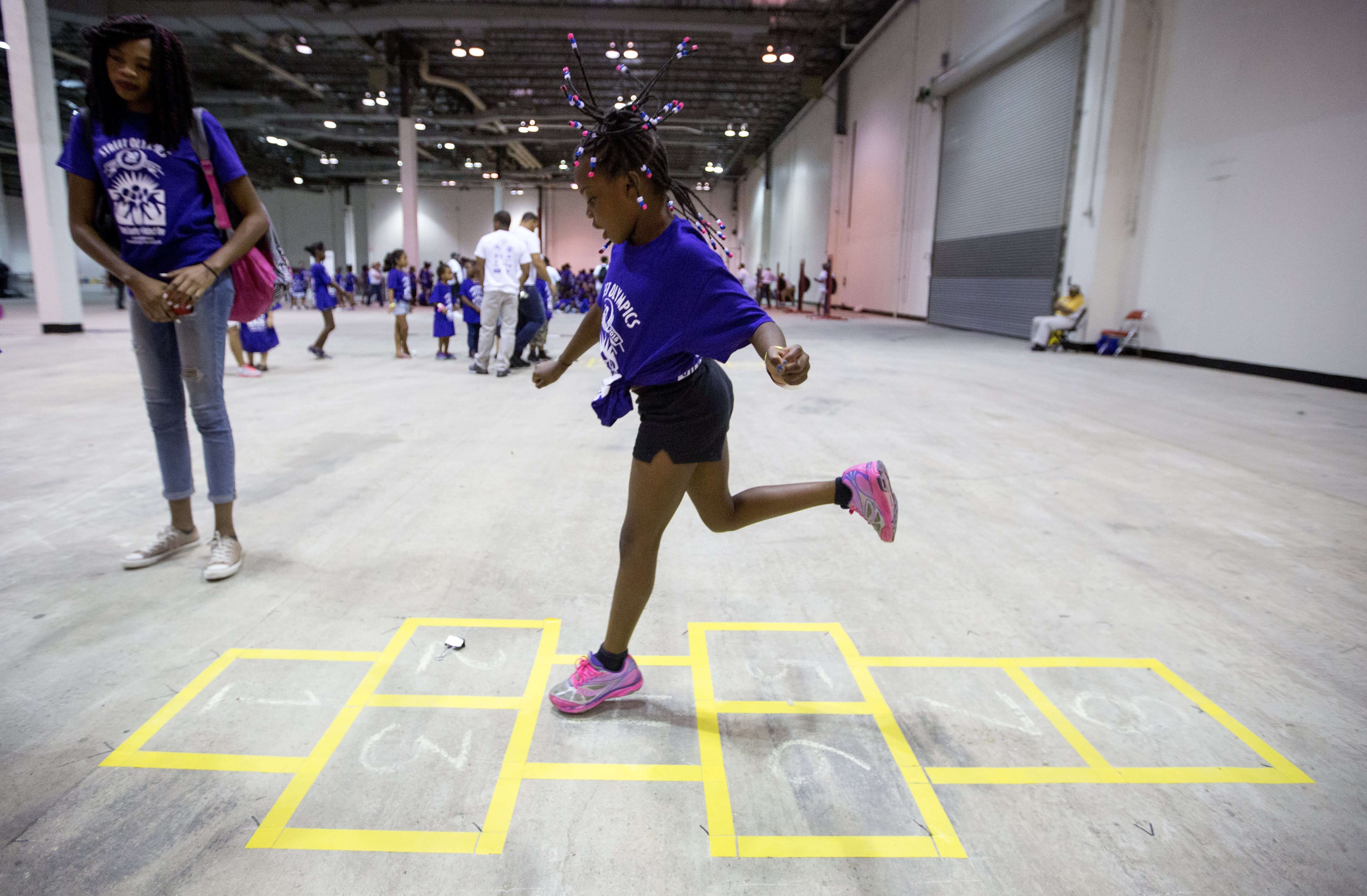 Thirty years ago, the late El Franco Lee started the Harris County Precinct One Street Olympics which have since become a summer tradition that has impacted the lives of over 100,000 children from all around Houston.

The Street Olympics and Bright Futures Fair mark the end of a summer of work and learning for participants. At the games, over 2,000 children from Harris County compete in 12 different categories. The games are not traditional Olympic events, but rather street games that all children can participate in including Jacks, Hopscotch, Relays, Chess, Kickball, Jump Rope, and Hula Hoop.

Jeremy Lankford, M.D. is a pediatric neurologist at Children’s Memorial Hermann in the Texas Medical Center. When he was growing up, his family made sure he and his brother participated in the Harris County Aquatic Program and Street Olympics every summer.

“I started participating in the Street Olympics in the summer of 1992 when I was 12 years old,” Lankford said. “I played a lot of sports growing up, but I really enjoyed swimming because I could do it year-round and as I started seeing positive results of all the work I put into it, I stuck to it and I would have had it no other way.”

The program was first started by Lee in an effort to keep Harris County children busy during the summer months.

“Without this program, most of these kids would have not gotten out of their blocks or neighborhoods this summer and would have been watching television or hanging out at an empty park,” Lee said in an interview last summer. “Through the summer Olympics, we introduce these kids to structure, competition mentally and physically, and new people from all kinds of professions and backgrounds.”

This is not only the 30th Anniversary of the Street Olympics, but also the first year to hold them without Lee. In remembrance of the former commissioner, the games have been dedicated to him to represent his passion for the program he created.

“I think Franco did an excellent job in all of the programs that lead up to the street Olympics and even when I was a kid, I remember he would come by to check on us even when he had so many other things to do,” Lankford said. “It is sad of course that he is gone, but I do think you can look around and see the impact he has had on these programs and on the community as a whole, it is booming and a better place because of his hard work.”