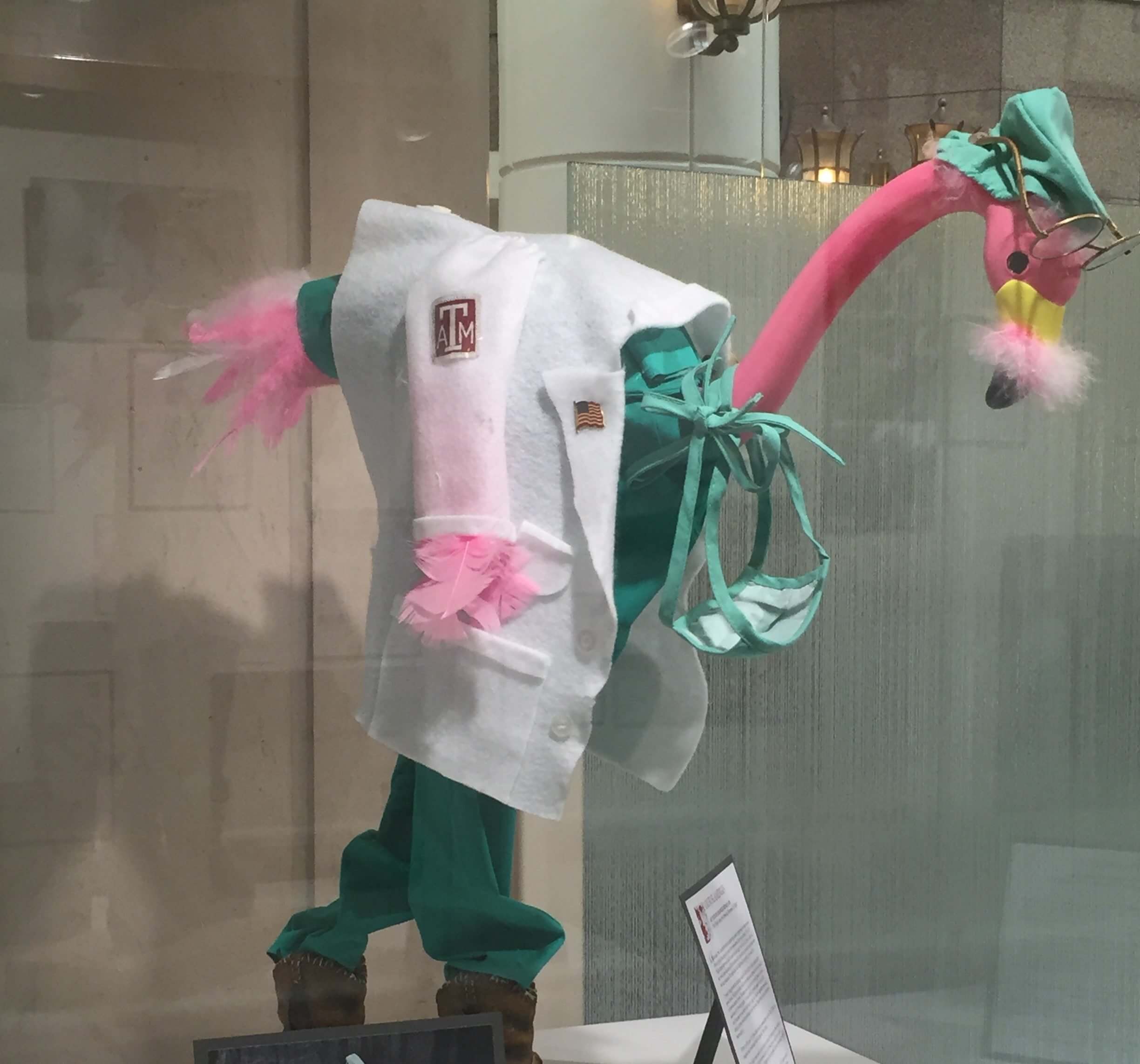 On the one-year anniversary of his death, Memorial Hermann—Texas Medical Center staff have transformed the Rick Smith Gallery into a tribute to the late, James “Red” Duke, Jr., M.D.

The gallery, normally filled with different installations throughout the year, now features art, stories and personal memorabilia from Dr. Duke and those who knew him best.

Walking through the exhibit, “Our Dr. Duke” it is hard not to see the mark Duke left on the Texas Medical Center. Sprinkled throughout the gallery are personal stories from friends and colleagues that recount their fondest memories of Duke.

“One evening, Dr. Duke told me all about his friends. Willie Nelson. Johnny Cash. Bobby Bare. In his own words, he wasn’t a ‘groupie,’ just an old pal of the legendary musicians. I have to admit; I didn’t truly believe him until Lyle Lovett showed up at his funeral. Dr. Duke told me he had original albums from Bobby Bare, his all-time favorite singer. I told him, ‘If you show me that record, I’ll bring the record player.’ He held me to my promise,” Mobley says in her story, Our Winner.

Throughout his career, Duke hosted and appeared in many television shows that followed him on his daily rotations and even showed him picking out healthier foods when grocery shopping. These shows play on repeat in the gallery, offering a glimpse into the past. From his coffee-stained white coat to a flamingo created by the Life Flight staff that emulates the legendary doctor, the gallery is filled with personal items and mementos that make viewers feel as if they had known him, too.

Joseph Love, M.D., Associate Professor of Surgery at McGovern Medical School at UTHealth & Medical Director of Memorial Hermann Life Flight, not only views Duke as his mentor, but also a great friend.

“I was interviewing for a position at the medical school and he was in charge of taking me to lunch. I climbed into his big ol’ truck and he drove us to a Mexican restaurant on Kirby that had a parking lot the size of a postage stamp. He pulls his big truck into the middle of the lot, rolls down his window and starts waving everyone else to go around him because he was waiting for a parking space. If it had been me driving, I probably would have gotten my truck keyed. But, because it was Dr. Duke, people just drove around us and waved,” Love says his story, Our Mentor.

Duke was best known for his work in creating Life Flight, one of the most successful air ambulance programs in the world. The exhibit’s opening coincides with Life Flight’s 40th anniversary, celebrated Aug. 1. To honor his legacy, the staff at Memorial Hermann-TMC made a painting of a Life Flight helicopter and filled it with each of their own thumbprints to commemorate the mark Duke left on all of them. The painting is also on display in the “Our Dr. Duke” exhibit.

To view all of the stories and to learn more about the gallery, please visit, https://www.memorialhermann.org/our-dr-duke-stories/#winner and visit the Rick Smith Gallery located near the main lobby of Memorial Hermann-TMC in the Hermann Atrium.