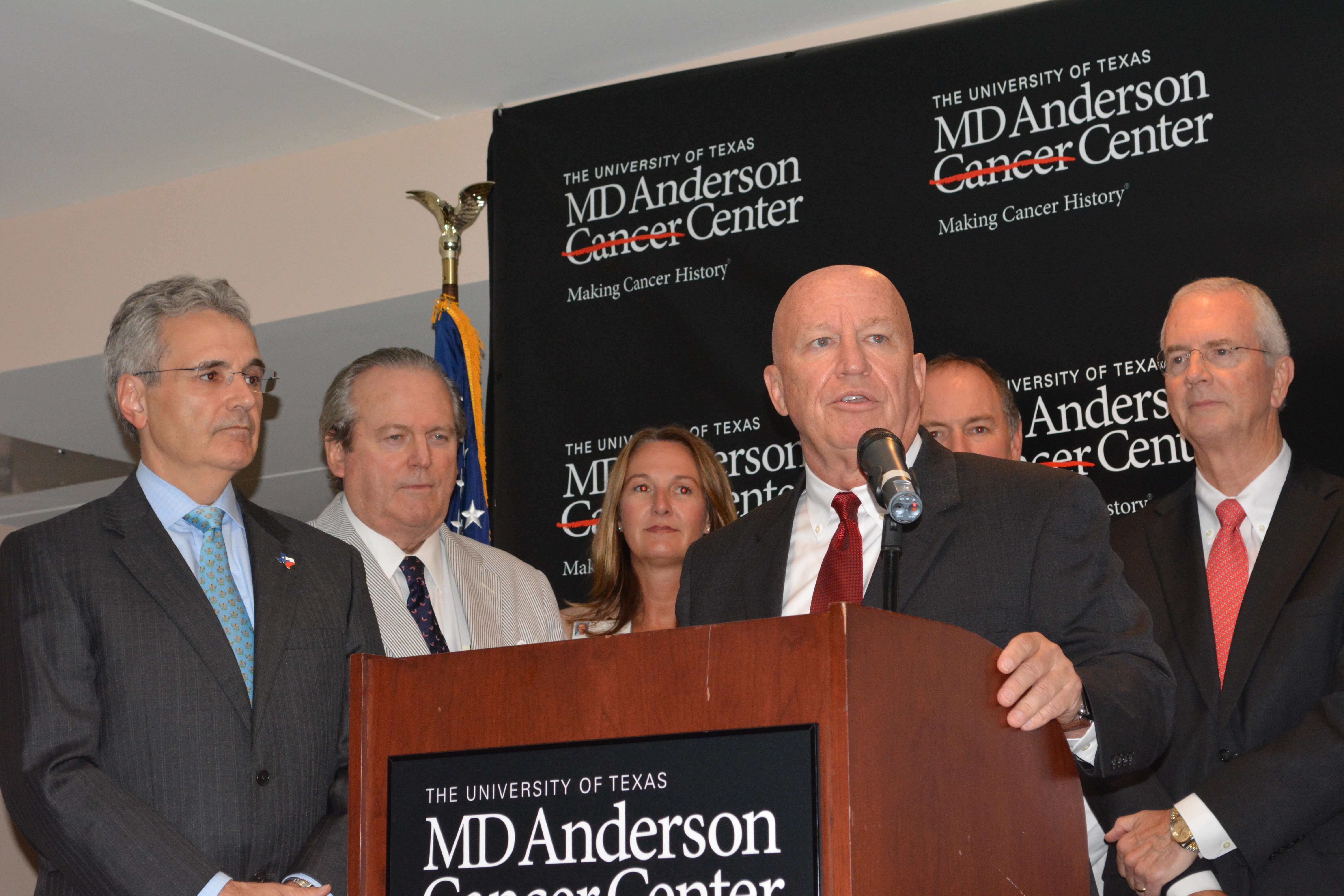 The University of Texas MD Anderson Cancer Center plans to spend a half-billion dollars on infrastructure over the next few years to build outpatient diagnostic and treatment centers outside of the Texas Medical Center.

Ronald DePinho, M.D., president of MD Anderson, outlined some of those plans Wednesday during a press conference with U.S. Representative Kevin Brady of Texas’ 8th congressional district (which includes suburban Houston areas), who also serves as chairman of the House Ways and Means Committee.

Last year, MD Anderson signed agreements to build two free-standing locations, one in West Houston and one in League City. Both are slated to open in 2018 and will bring MD Anderson closer to many of the nearly 16,000 patients it sees annually.

“We want to bring quality care to patients where they work and live,” DePinho said.

The League City location will be on the campus of The University of Texas Medical Branch at Galveston, while the West Houston center will be built near Interstate 10 and Highway 6, according to a hospital press release.

As the baby boomer generation ages, demand for cancer care is growing, and it is outgrowing the infrastructure MD Anderson has in the Texas Medical Center, he added.

Brady was on hand to discuss H.R. 5273, the “Helping Hospitals Improve Patient Care Act of 2016,” bi-partisan legislation that started out in the House Ways and Means Committee. It has passed in the House of Representatives and is now headed for the Senate.

This bill is designed to expand access and increase quality choices for American patients in low income and suburban areas. For the Houston area, it means MD Anderson can bring cancer care closer to patients, he said.

“MD Anderson is always looking forward, so the passage of this bill is critical for hospitals like theirs and others across the country,” Brady said. “We hope this passes before the end of the year.”