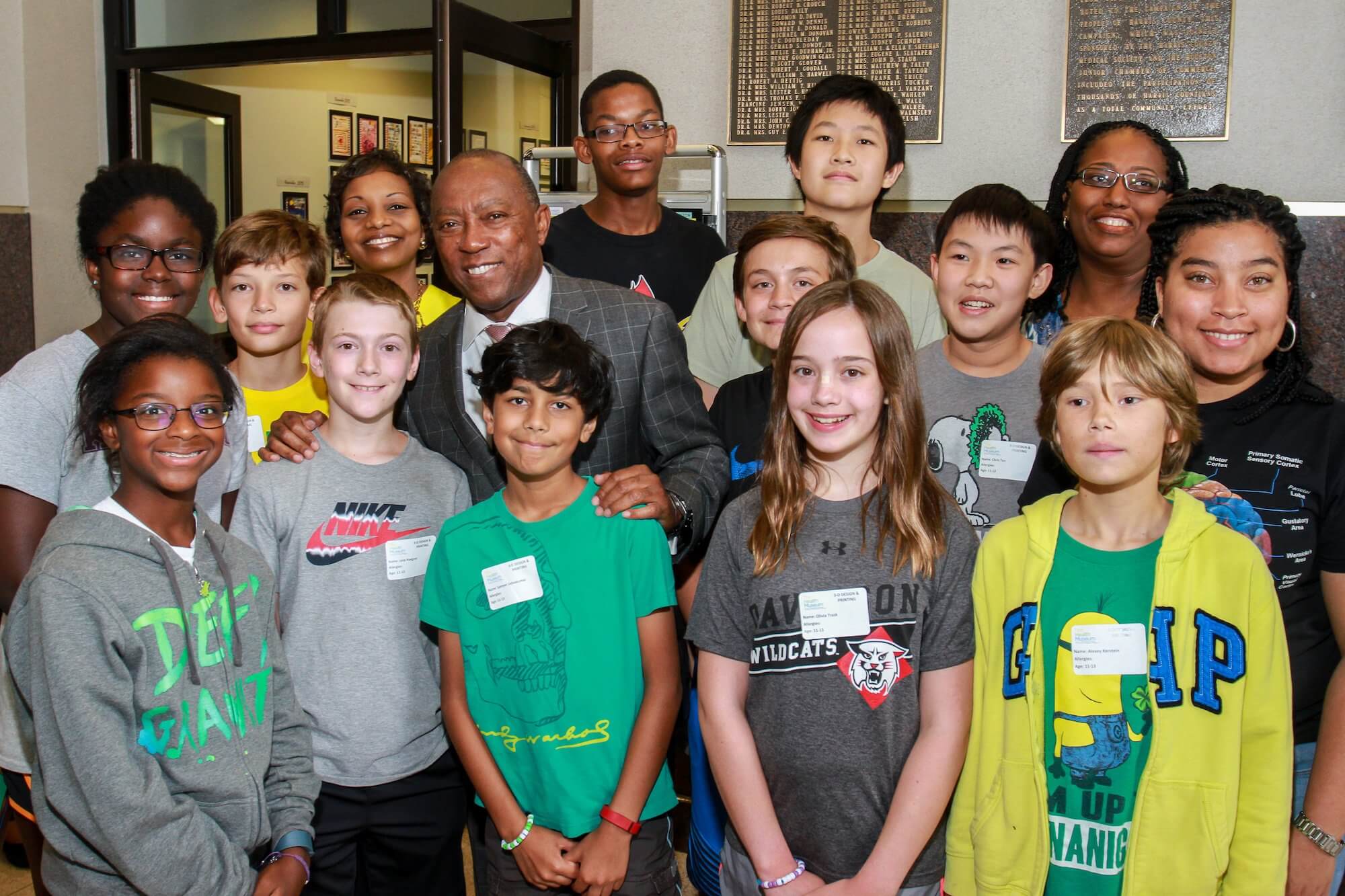 The Health Museum has recognized Houston Mayor Sylvester Turner with the inaugural Heart of Houston Health Award to commemorate the work he has done to ensure that Houston is one of the healthiest cities in America.

“We know that Mayor Turner will lead the city to become the healthy vibrant place that we call home,” said Melanie Johnson, Ed.D., president and CEO of the Health Museum. “We want to congratulate Mayor Turner on his health initiatives, his impact on the city and to congratulate him for keeping Houstonians safe during the recent floods.”

In coordination with First Lady Michelle Obama’s health initiatives, the Health Museum and Mayor Turner are committed to reducing the rates of obesity and diabetes in the city of Houston.

“Our city is plagued with diabetes, young and old, and Mayor Turner has done so much to help encourage Houstonians to get outside and has done great work with Cities Changing Diabetes,” Johnson said.

The presentation of the inaugural Heart of Houston Health Award took place in front of the museum’s 12-foot-tall Giant Beating Heart, a three-dimensional exhibit simulating a real heart, with an audience comprised of children from around the city and Health Museum patrons.

“This award means a great deal to me,” Mayor Turner said. “We are a large city, the fourth largest in the nation, the most diverse in the country, but that doesn’t mean a whole lot if we are not a healthy city. We want to be the largest, most diverse and the healthiest city.”

Mayor Turner was also recently recognized by Health Fitness Revolution as one of the 2016 Top 10 Fittest Mayors in the United States for being an avid cycler and marathon runner. Though he has not been mayor for very long, he is looking forward to making Houston healthy in every way.

“I want to encourage Houstonians to get out of their cars and trucks and walk a little bit. We are going to design and build a walkable, pedestrian city,” Turner said. “We will also be building more bike lanes, increasing the total in the city to over 800 bike lanes, and we will be creating more green space to allow all Houstonians to live a healthy and active lifestyle.”