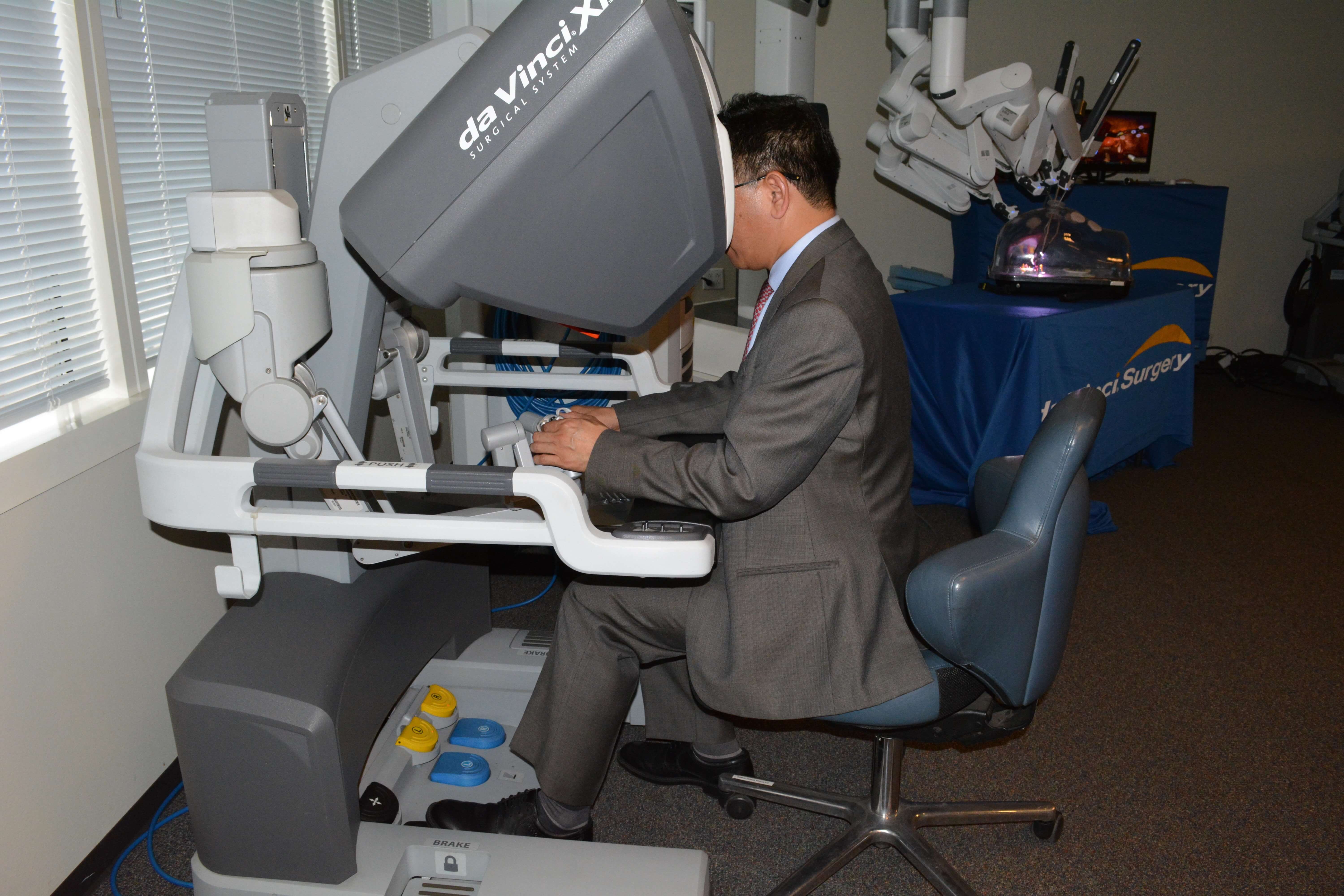 One Texas Medical Center doctor is using technology, in this case the daVinci Surgery robot, to improve his practice.

Xiaoming Guan, M.D., a gynecologist at CHI St. Luke’s —Baylor St. Luke’s Medical Center, has logged more than 150 cases using the daVinci robot. He is also one of the few surgeons using the robot for complex gynecological surgeries, including hysterectomies, uterine fibroids and endometriosis, he said.

Guan demonstrated the daVinci robot last week for a small group, but has also done so at conferences, where he demonstrates on cadavers. There were no cadavers at this demonstration, but he showed the capabilities of the robot by moving tiny rubber bands around various tubes. He also sutured a grape using a tiny hook one might use to go fishing.

Guests were even able to work with the robot to perform a simulated hysterectomy, using pincher-like fingers to move the robot arms around and pedals on the floor to cauterize wounds or shift the camera angle. With help from the robot, Guan has been able to perform a hysterectomy in as little as 17 minutes.

One of the most complex cases he had a was treatment for Stage 4 endometriosis, a disorder in which the tissue that forms the lining of the uterus grows outside of the uterus, resulting in painful periods and possible fertility issues. With single-site robotic surgery, a 3D camera and other miniaturized surgical instruments are inserted via a single 2-centimeter incision through the navel rather than open or traditional laparoscopic surgery. Having a single-site entry can result in shorter hospital stays, faster recovery and reduced risk of infection, Guan said.