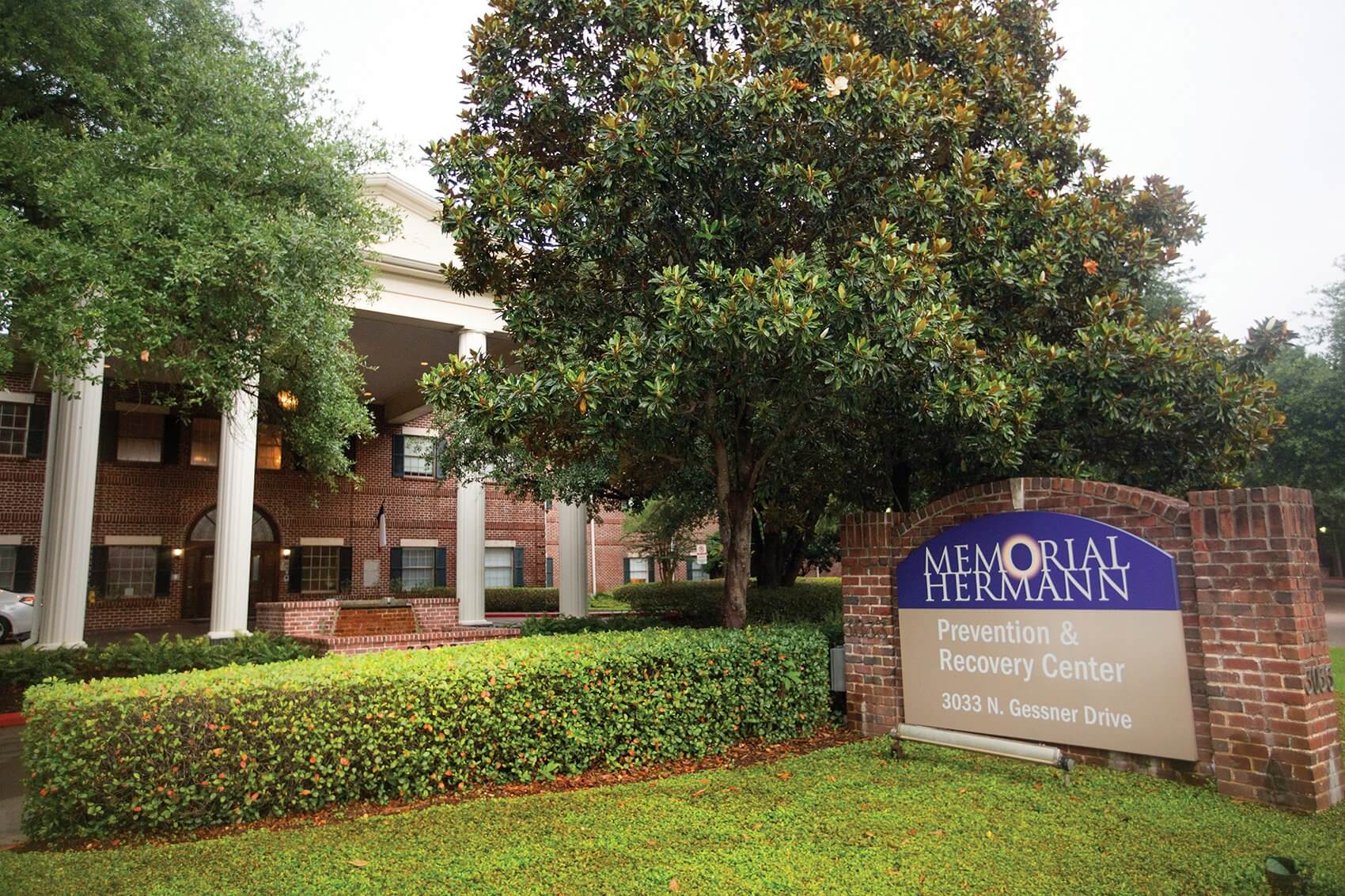 With the growing public concern about the opioid addiction epidemic, news of music icon Prince’s death by fentanyl overdose in April added to the nation’s increasing death toll by prescription painkillers and fueled even more discussion around this ongoing problem.

For 64-year-old John Bell, a retired database architect and former Special Forces medic, the nation’s opioid addiction epidemic is an issue that is all too familiar to him.

In February 2011, Bell underwent a total knee replacement. Because of a previous cervical laminectomy—a surgical operation performed at the back of the neck to relieve pressure on the spinal cord—his neck was damaged during intubation while preparing for the surgery.

“Since I was on the pain medication for five months after the operation, I didn’t realize my neck was damaged. It slowly progressed and spiraled downwards to the point where I couldn’t work,” Bell said.

Bell was prescribed hydrocodone and Soma, a muscle relaxant that blocks pain signals between the nerves and the brain, but—like the 1.9 million Americans who had a substance use disorder with prescription painkillers in 2014, according to the American Society of Addiction Medicine—he quickly developed an addiction to his painkillers.

“Sure, I was a lightweight,” Bell said. “I didn’t chase it on the street or anything like that. A lot of people do and it’s unfortunate. I didn’t doctor shop, but still, I was dependent on the medication.”

His hydrocodone and Soma regimen provided a temporary quick fix, but he soon found that his pain was escalating due to opioid-induced hyperalgesia, a condition in which people experience heightened sensitivity and painful responses to certain stimuli. It was then that he realized his addiction had finally come to a head.

“When my fingers didn’t work and I couldn’t get off the floor, I thought life was over. Going to the store just four blocks away was a big deal,” he said. “I couldn’t concentrate on anyone saying ‘hello.’ I was just in a different world. It really hurt. You don’t realize the hyperalgesia is eventually taking over.

“I like to beat myself up over it, but I have to give myself a little grace,” he added. “I didn’t know. If I have another operation, I’m not going to take the pain medication longer than I have to.”

Bell, who recently celebrated two years of sobriety, helps fellow recovering addicts at Memorial Hermann’s Prevention and Recovery Center (PaRC) and sponsors five individuals. Although his life took an unexpected turn because of his addiction to opioids, he said his recovery at PaRC helped him regain his freedom from the deep hold the drugs had on him.

“It was one of these journeys that I didn’t expect to have. I [was at] a six,” Bell said of his level of pain. “To be at a zero today and be free, that’s huge.”

Eric Haas, M.D., division chief of colon and rectal surgery at Houston Methodist Hospital, recognized the need for new, innovative surgical approaches to help patients avoid that prescription painkiller addiction Bell and so many other Americans experience, and in 2014, he instituted an enhanced recovery after surgery (ERAS) protocol to combat the rampant use of opioids in the hospital setting. The results of the pilot study were recently published in the June 2016 issue of Surgical Endoscopy, the official medical publication of the Society of American Gastrointestinal and Endoscopic Surgeons.

“The opioids have a significant detrimental effect on recovery after colon surgery,” Haas said. “The side effects on the bowel are very detrimental to how patients recover, yet it has been the main form of pain control we have been using for years.

“The question is, how do we come up with an alternative pathway where we can reduce or eliminate opioid use yet have the same patient satisfaction in terms of recovery with minimal or no pain? That was the idea,” he added.

The protocol consists of educating patients during their surgical consultation to discuss the disease—in this case, it’s oftentimes colon cancer—and what they can expect throughout their hospital stay, including pain management, in order to help patients better prepare for post-surgery care, both mentally and physically.

“We feel like this is a very important component of the entire pathway. Sometimes you may not even think about it, […] but the education part is of tremendous value,” Haas said. “We educate the patient on what they should expect for pain and post-operative recovery. Some patients might have the perception that any pain is 10 out of 10.”

Another integral component of the protocol is educating hospital staff, including the anesthesiologists, doctors and nurse practitioners, to shift the hospital’s culture of pain management away from prescribing opioids.

“For us to implement this pathway, we had to change the culture,” Haas said. “We had educational meetings with support staff that take care of colorectal patients saying that we are changing the paradigm from using opioids as our No. 1 pain relief to using opioid-sparing pain control measures.”

Using a variety of multimodal pain control approaches, which refers to the synergistic method of using multiple pain medications that alone work on different pain pathways and combined create a stronger effect, Haas and his team are able to eliminate opioids as their go-to pain management solution by intravenously administering non-narcotic pain medications, including Tylenol, nonsteroidal anti-inflammatory drug Toradol and nerve pain and anticonvulsant drug Gabapentin, during the recovery period. However, it’s their fourth non-opioid drug, EXPAREL, combined with a transversus abdominis plane (TAP) block technique that Haas has lauded as a major breakthrough.

“We’ve taken EXPAREL, and we’ve used it for nerve blocks that we infiltrate into the abdominal wall muscles […] called ‘TAP blocks,’” Haas said. A TAP block is a quick surgical technique in which surgeons use ultrasound to accurately locate and inject local anesthesia to the nerves in either side of the abdominal wall prior to the surgery.

Performed in conjunction with EXPAREL, which provides extended-release pain relief that lasts for up to 72 hours post-injection, Haas and his team discovered this could be the one-two punch combination they need for more successful patient outcomes that require few to no opioids, both during anesthesia and after surgery.

“What we didn’t realize is anesthesiologists would use a significant amount of narcotics throughout the operative procedure such as morphine and fentanyl,” Haas said. “We said to them, ‘Look, if we block the nerves right after anesthesia, do you think you can eliminate using opioids altogether?’ […] Following our TAP blocks, they have nearly completely eliminated opioids during anesthesia, which is tremendous.”

After comparing the pain outcomes of 50 patients—25 who received the traditional standard of care and 25 who received the multimodal therapy under the ERAS protocol—he found that patients in the latter group not only had lower opioid use and less intraoperative fentanyl because of the EXPAREL and TAP block combination, but they also expressed lower pain scores at the beginning and end of their post-anesthesia recovery. In addition, patients who underwent the multimodal therapy and ERAS protocol recovered within only two-and-a-half to three days, whereas the national average length of stay is between five and seven days.

“We want the patient to wake up with little or no pain and completely eliminate the use of narcotics post-operatively. That would be phenomenal. We think we’re going to get there with this advancing technology,” Haas said.

Although Haas and his team have made great strides in reducing the use of opioids after surgery among his patients, he said he believes there’s more that needs to be done to help curb the nation’s opioid epidemic.

“We haven’t [reached our maximum potential],” Haas said. “We have to keep pushing this idea of having painless, non-opioid surgery forward. It may never be possible to completely eliminate narcotic use, but it is certainly something we are going to continue to strive for.”

While his group performs approximately 300 colorectal surgeries a year under the ERAS pr tocol, he said his hope is to standardize the protocol across all health care systems beyond Houston Methodist to help thousands of patients regardless of the provider.

“It’s very exciting. Any time that we can advance medicine and help with patient satisfaction and patient care, it’s always the best part of our job,” Haas said.