From veteran to entrepreneur: Spinal Singularity founder shares his journey

From veteran to entrepreneur: Spinal Singularity founder shares his journey 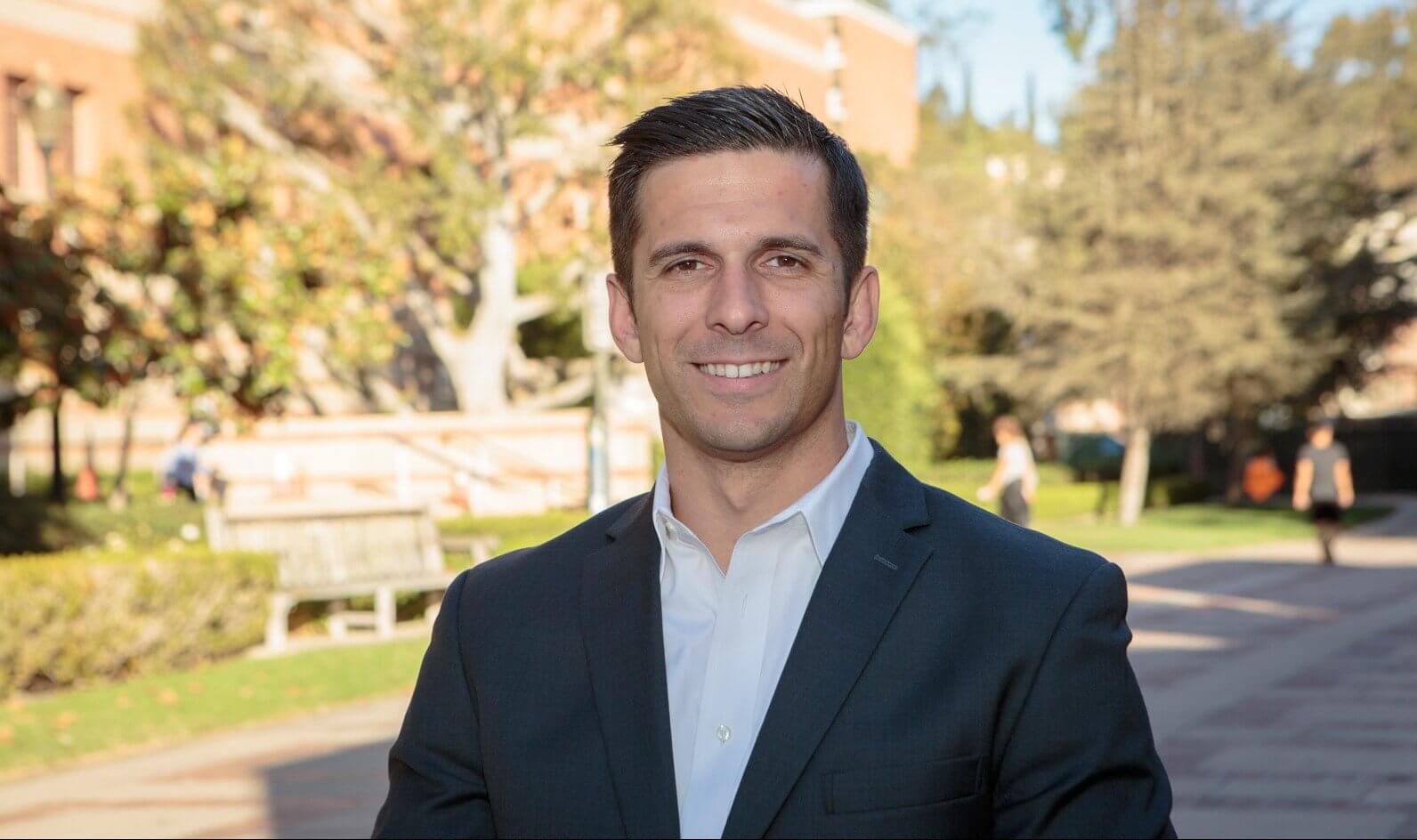 While on military patrol in Afganistan in 2012, Derek Herrera was hit by a bullet in his shoulder that went into his spine, causing him paralysis from the chest down. As a result, one of his daily struggles is having to insert disposable catheters eight to 10 times a day for bowel and bladder function, which he says is challenging.

He, like many others with spinal cord injuries and paralysis, has neurogenic bladder, a condition that prevents him from feeling or sensing his bladder is full and controlling the flow when it is.

Unhappy with current treatment options, Herrera took on the task of creating something new.

While still on active duty, Herrera became interested in medical technology, and went through the MBA program at the University of California Los Angeles as well as worked for a medical device startup to learn the ropes.

When he completed his degree last year, he became a full-time entrepreneur at Spinal Singularity, a San Clemente, California-based startup that has created The Connected Catheter, dubbed “the world’s first semi-permanent, full internal, smart catheter system for neurogenic bladder.”

The startup has been successful in raising money, including a crowdfunding campaign on Indiegogo last October, through which 278 backers helped raise $52,744 to get The Connected Catheter closer to commercialization.

Herrera is bringing his story to the Texas Medical Center as a guest of Johnson and Johnson Innovation’s JLABS @ TMC on Sept. 22, where he will participate in a lunch fireside chat. He shared a bit about what he will be discussing to TMC News.

TMC News: What made you decide to start your own company?

Derek Herrera: The more involved I became in medical research, the more I became frustrated with what I learned about the academic system and how long it took to get a product to market. That motivated me to be an entrepreneur and inspired me to build products that can improve the quality of life for people with paralysis and spinal cord injury.

TMC News: What was your process for getting Spinal Singularity up and running?

Herrera: Up until six months before I graduated from UCLA, I was still on active duty, so when I retired from the Marines, I took a part-time job at a medical device startup to learn and to prepare myself to be an entrepreneur. When I graduated in July of last year, I started full-time with Spinal Singularity.

TMC News: What mistakes you have made along the way to commercializing your product, and what you learned from them?

Herrera: One is understanding the reality of the industry and environment. I was new to the medical device industry, and I didn’t know exactly how early-stage companies made it or how they worked and operated, so that is one of the things I learned quickly.

What I was taught in business school was that when you have an idea, you write business plan, investors look at it and they may fund it. What I learned was how hard it is for people to take a risk on you, get them to say they believe in you and have the confidence that you can actually do all of that and provide a return. It’s a pretty interesting lesson to learn. Now looking back, it was obvious to see, but in school, I didn’t realize how hard that would be.

Raising money is hard, especially for medical devices and regulated industries, and because of that, I learned creative ways to fund early-stage developments like crowdfunding, National Institutes of Health grants and business plan competitions. All of those are resources, but in most cases, investors want to see you try to be successful while leveraging other people’s money to de-risk yourself. If you have $10 million in NIH grants and spin out of a university, that is a solid position to be in vs. a former military officer coming out of school with no money.

TMC News: What advice would you give to an entrepreneur who wants to innovate in the health care industry?

Herrera: Depending on their background, getting experience at another company was invaluable for me. If I am new to the industry, trying to start company is stacking odds against you because you don’t have any knowledge or experience. Getting credibility is important, so instead of starting a company right away, work for Johnson & Johnson or Medtronic to see how they do things and learn.

If you already have the credibility, I would recommend starting a company only if you are willing to commit for at least a decade, but preferably your entire life. Sometimes entrepreneurs think things happen overnight, like becoming a billionaire, but if that doesn’t go your way, what will be your motivation to continue? For a lot of people, their motivation and incentives were wrong.

Also, you know you will be successful when you cannot live without solving the problem you are trying to solve. For me, it is such a terrible experience, but I will deal with this for the rest of my life. Whether I succeed or not, it is not going to disappear. It is such a pain point for me that every day I have a significant interest in seeing that succeed.

TMC News: What’s next for The Connected Catheter?

Herrera: We are completing our beta prototype and will be conducting clinical testing. Our goal is to do that by the end of the year.

To learn more about Derek Herrera and The Connected Catheter, register here for his Sept. 22 appearance at Johnson and Johnson Innovation’s JLABS @ TMC, where he will participate in a lunch fireside chat entitled “Inspiring Leaders: Derek Herrera – Rebuilding Mind, Body and Business.”