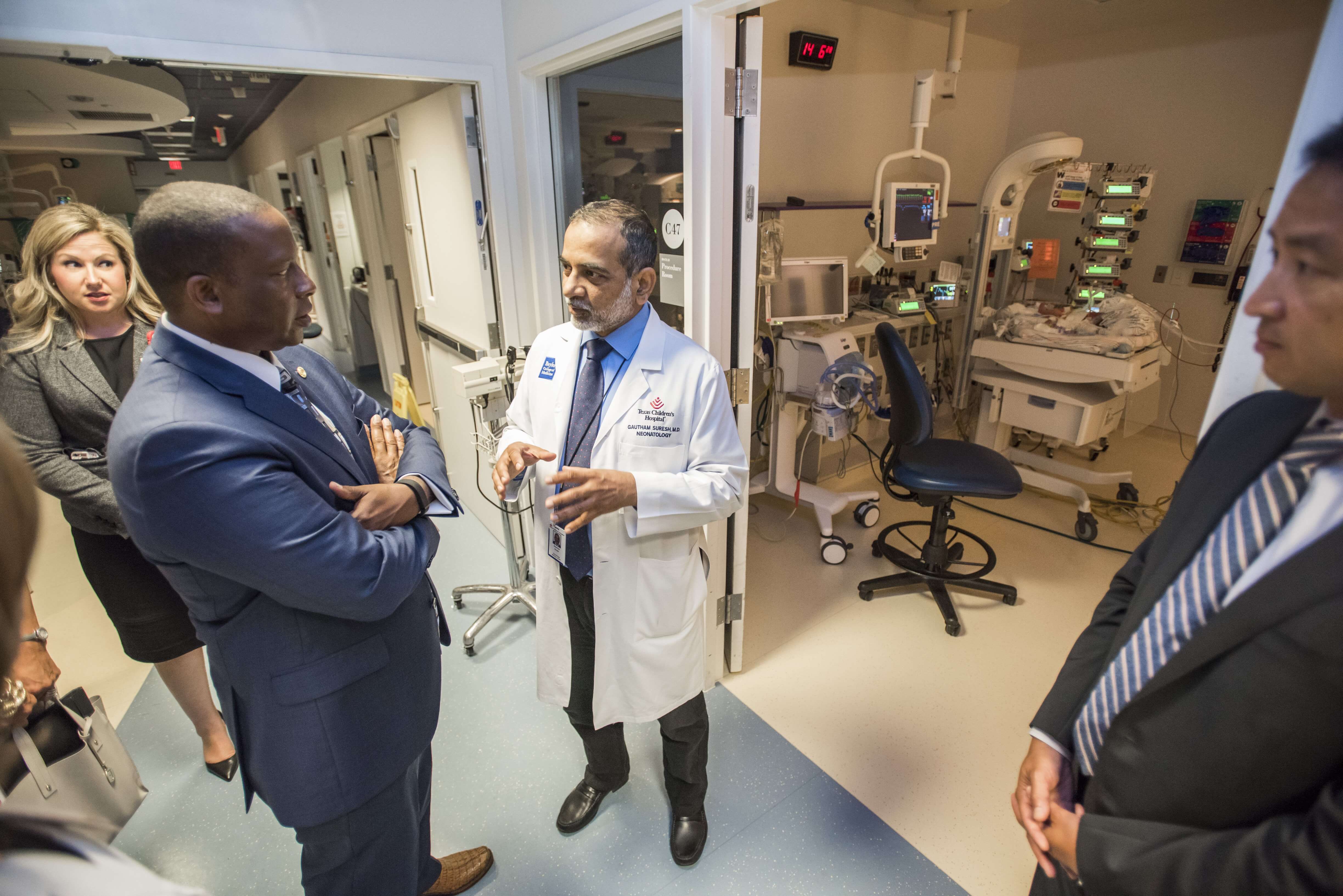 On July 11, Executive Commissioner Charles Smith of the Texas Health and Human Services Commission (THHSC) met with executive leaders at Texas Children’s Hospital and toured several areas of the hospital’s medical center campus to learn more about how we strive to provide the best care to women and children in the Greater Houston community and throughout Texas.

In his new role as THHSC executive commissioner, Smith will oversee the operation of the state’s 58,000 employees across four health care agencies, including the Medicaid/CHIP division and many health care services that impact the care children and women receive at Texas Children’s.

Texas Children’s Chief of Neonatology Dr. Gautham Suresh, Vice President of Nursing Judy Swanson and NICU Nursing Director Heather Cherry toured the group through the Level IV NICU where they met with several patient families and heard their touching stories. As the state of Texas undergoes its process to designate NICU levels of care, the tour allowed our subject matter experts to educate the commissioner regarding the extensive differences between a Level 1 and Level 4 NICU.

The group also met with Dr. Christian Niedzwecki, medical director of the inpatient rehabilitation unit, and Shelley Ellison, director of Physical Medicine and Rehabilitation. During their tour of Texas Children’s Physical Medicine and Rehabilitation, the group discussed the concerns shared by physicians and patient families regarding Medicaid therapy rate cuts, which will impact this service line and the care provided to Texas Children’s patients with rehabilitation needs following a physical injury or medical condition.