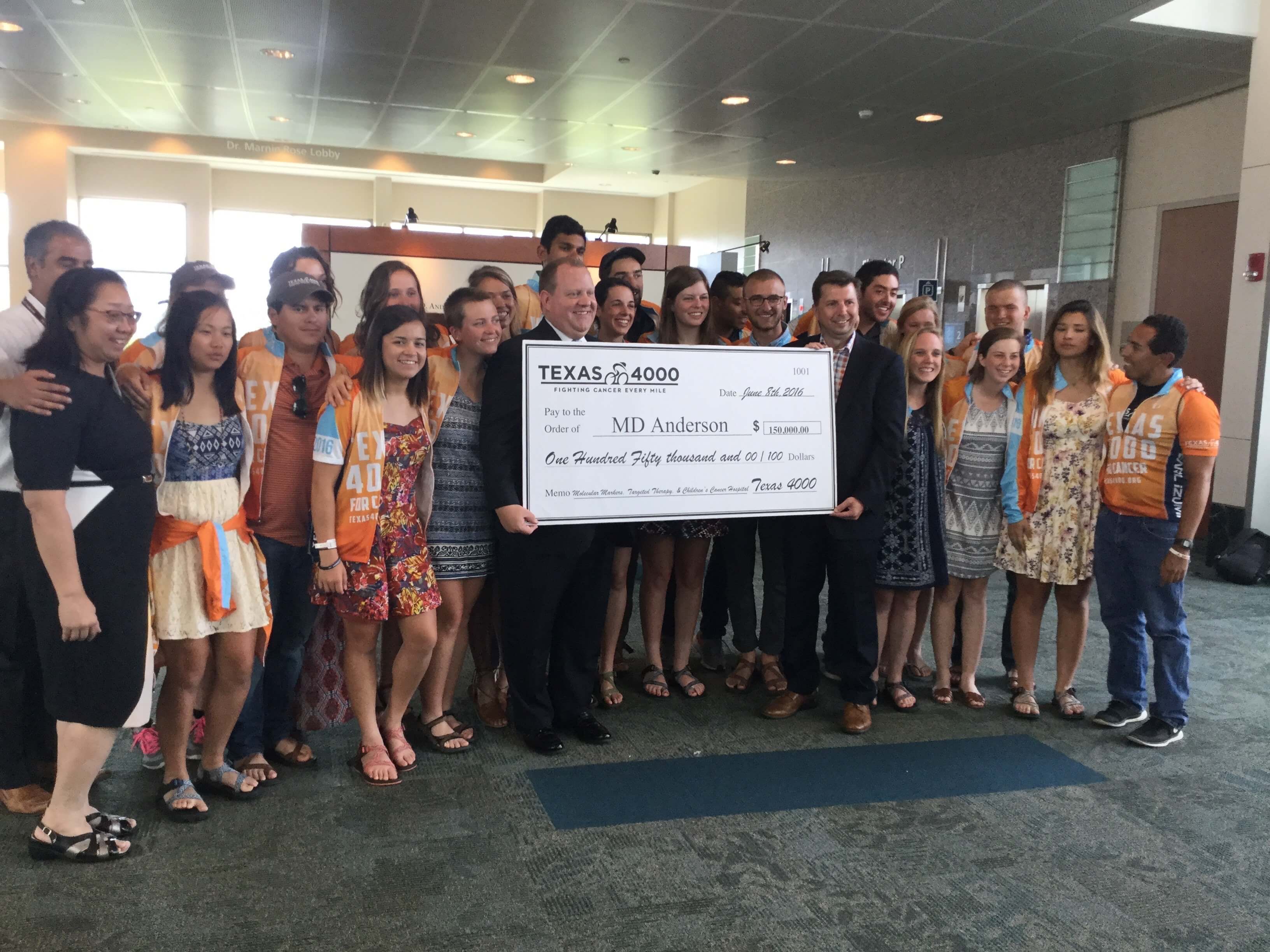 Texas 4000 riders have just embarked on their 12th annual ride from Austin, Texas, to Anchorage, Alaska. Since 2004, Texas 4000 has become a competitive 18-month leadership program at UT Austin. Each year, students are selected for the program based on much more than their ability to complete the 4000-mile journey.

Fred Tally-Foos, a junior at UT Austin chose to ride in Texas 4000 to honor his late grandmother who passed away from lung cancer in the spring of 2012.

“I ride for Memaw, she was one of the best people I have ever known and she really embodies to me what a giving, people-loving person is,” said Tally-Foos.

“Watching all of the good she did, it was kind of hard to understand when I was in high school, to watch the cancer come in so fast and end that.”

Over the course of the 18-month program, riders begin individually raising a minimum of $4,500, ride 2,000 training miles, volunteer more than 50 hours in the community and play an active role in planning the ride to Alaska by attending weekly meetings and taking leadership positions within the team.

The riders split up into three groups to make their way to Anchorage by way of the Sierras, the Rockies and the Ozarks. The Sierra route takes riders through West Texas, New Mexico, Arizona, Utah and Nevada before heading north up the California, Oregon and Washington coasts and into British Columbia and the Yukon before finally reaching Alaska. The riders on the Rockies route go through North Texas, Oklahoma, Colorado, Utah, Wyoming and Montana. The route then heads into the Canadian provinces and territories of Alberta, British Columbia and the Yukon before making its way into Alaska. The newest and final group of riders begin their journey in East Texas moving through Arkansas, Missouri, Illinois, Wisconsin and Minnesota, before crossing the international border into Canada traveling through Ontario, Manitoba, Saskatchewan, Alberta, British Columbia and the Yukon.

The roughly 4000-mile journey takes 70 days for the riders on each route to complete, during which time they are responsible for providing their own food, shelter and support. Along each route, riders stop in cities to share their reasons for riding, provide messages of prevention and early detection and deliver checks to cancer research institutions.

On their way to Alaska, the 22 Ozarks riders made a stop in Houston to deliver a $150,000 donation to The University of Texas MD Anderson Cancer Center that will allow the institution to continue its research to end cancer. The riders also took some time out of their day to spend time with patients in the hospital who are currently receiving treatment.

MD Anderson was started in 1941 with the sole mission of ending cancer. With over 28,000 hospital admissions last year, the hospital has held its rank as one of the world’s most respected centers focused on cancer patient care, research, education and prevention.

“It is incredible to see students at this young age have the determination, willpower and passion to complete a 4,000-mile trek,” said Prahlad Ram, Ph.D., associate professor in the Department of Systems Biology at MD Anderson. “The donations from Texas 4000 have greatly helped our work in molecular therapy to specifically target a cancer cell while sparing the normal cells in the body.”

For the last nine days of the trip, riders will reunite in Canada to finish their journey together as they make their way to Anchorage. Upon their return to Austin, the riders will be celebrated with a tribute gala at the end of August.

“This ride is a great way for me to honor my grandmother by serving the community in a charitable way, raising money to fight cancer and connect with people who also have the passion to fight this disease,” Tally-Foos said.

To date, Texas 4000 has donated $1.5 million to MD Anderson and over $7 million to other cancer research organizations. For more information about Texas 4000 please visit texas4000.org.