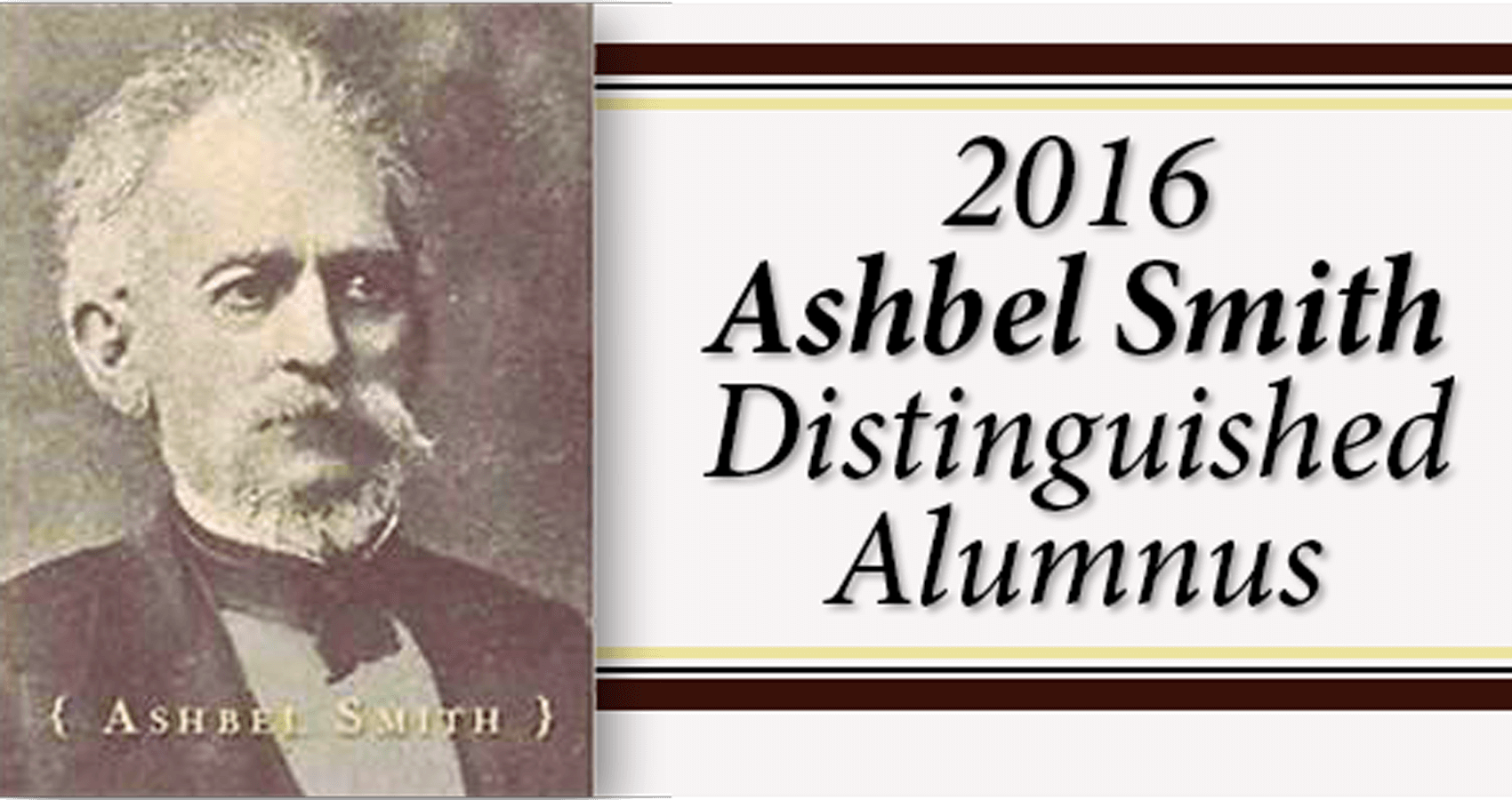 Four University of Texas Medical Branch at Galveston School of Medicine alumni were honored at the 19th annual Ashbel Smith Distinguished Alumnus Awards Ceremony and Reception on June 3 at the Moody Gardens Hotel.

The four physicians, Gerald A. Beathard, Paul Brindley, Delbert Lee Chumley and Albert E. Sanders, were nominated and elected by their alumni peers and honored for their service to the medical profession and humanity, and for their integrity, stature, ability, demonstrated pride in UTMB and community contributions.

Established in 1965, the ASDA Award is the highest honor bestowed by the alumni of the SOM Alumni Association. Of the more than 9,000 SOM alumni, only 199 have been honored with this prestigious award since its inception.

The award honors the memory of Dr. Ashbel Smith, a prominent figure in Texas medicine, politics and education. Smith was instrumental in establishing the University of Texas at Austin in 1881 and the medical department in Galveston that would become UTMB.

Gerald A. Beathard, M.D., Ph.D., FACP
School of Medicine class of 1964
A 1964 graduate of the School of Medicine and a 1969 graduate of the Graduate School of Biomedical Science, Beathard also completed an internship, residency and fellowship at UTMB. At UTMB, Beathard initiated the Renal Pathology program, oversaw the Nephrology Outpatient Clinic and is considered the father of interventional nephrology for his role in creating the field and for his leadership and commitment to train others in this area.

Beathard is also credited with being a founding member and the first president of the American Society of Diagnostic and Interventional Nephrology.

Paul Brindley, M.D. (posthumously)
School of Medicine class of 1925
Born in 1896, Brindley completed his medical degree from UTMB in 1925 and subsequently became an instructor of pathology at UTMB. He was appointed professor and chairman of the Department of Pathology in 1929 and held that position for 25 years.

He was twice president of the Texas Society of Pathologists and was posthumously awarded their first Caldwell Memorial Award in January 1955.

The Brindley Family holds a long legacy at UTMB: eleven members of the Brindley family have graduated from UTMB since 1911 and now three of those members are ASDA recipients. Brindley died in 1954 and was honored by the sophomore class that year with the installation of a bronze plaque in the lecture hall of the Keiller Building.

Delbert Lee Chumley, M.D., FACP
School of Medicine class of 1971
Chumley received his medical degree from UTMB in 1971. After completing his post-graduate training, Chumley returned to his home town of San Antonio and entered into private practice where he later founded Gastroenterology Consultants of San Antonio.

Albert E. Sanders, M.D.
School of Medicine class of 1959
Sanders earned his master of science in anatomy and his medical degree from UTMB in 1959. From 1962-1966, he was with the U.S. Public Health Services Department and worked with the Jicarilla tribe, a tribe of Apaches in New Mexico.

Sanders was one of the founding faculty of the University of Texas Health Science Center at San Antonio in 1968 and served there in several positions until his retirement in 2011.

A lifetime member of both the UTMB School of Medicine and Graduate School of Biomedical Sciences Alumni Associations, Sanders continues to remain connected to his alma mater through his current service on the UTMB San Antonio Regional Leadership Council.