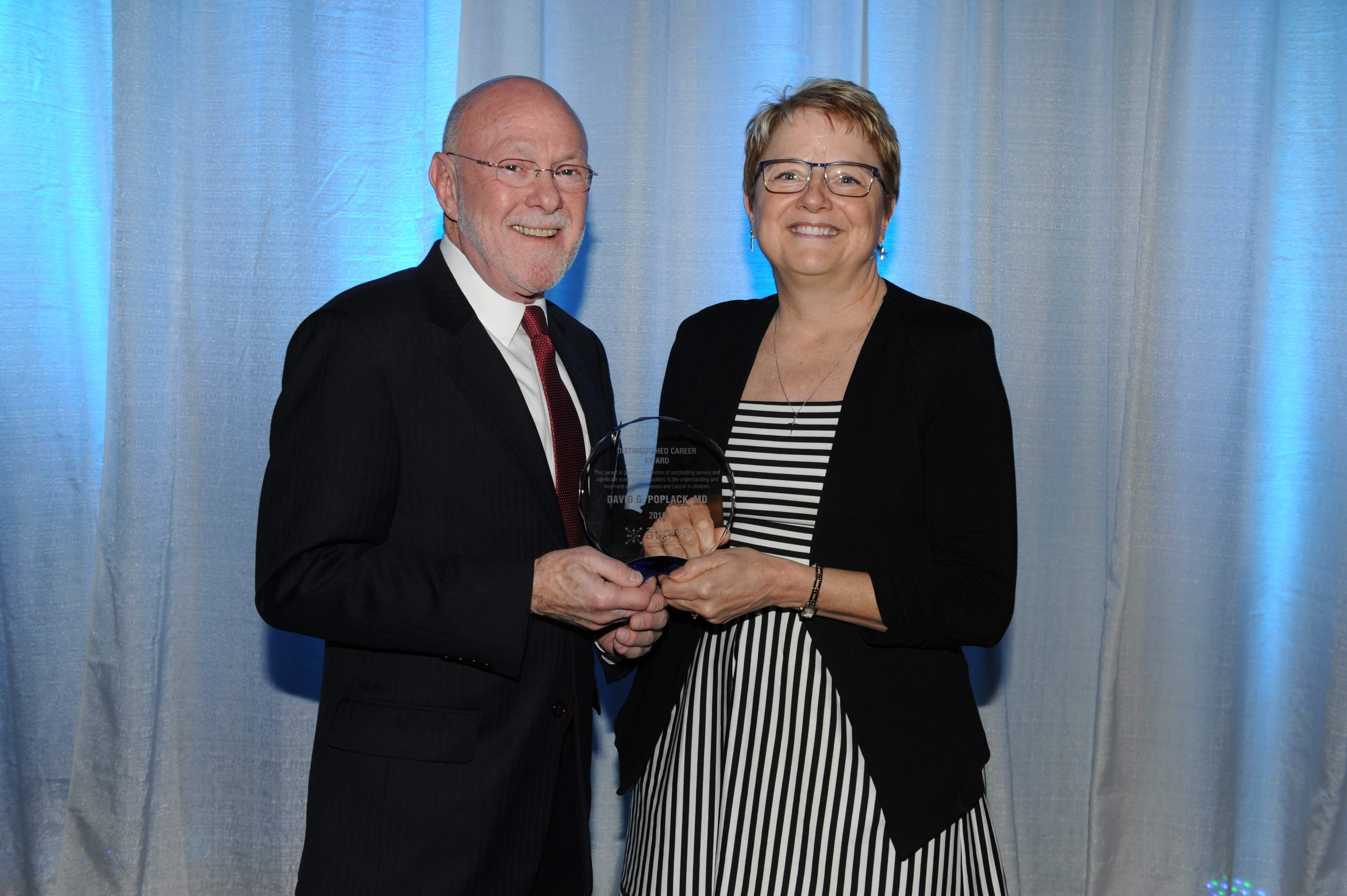 David Poplack, M.D., director of Texas Children’s Cancer and Hematology Centers, was recently honored with the American Society of Pediatric Hematology/Oncology (ASPHO) Distinguished Career Award. ASPHO is the major Professional society for physicians specializing in the field of childhood cancer and blood diseases. This award is given each year by ASPHO to a renowned individual who has made a significant impact on their subspecialty through research, education, patient care and advocacy.

Throughout his remarkable career, Poplack has made numerous contributions to the advancement of patient care, pediatric cancer research and the education of trainees all over the world. During his time as the head of the Clinical Pharmacology and Experimental Therapeutics program at the National Cancer Institute (NCI), he helped develop new treatment approaches for patients with leukemia and other pediatric cancers and pioneered the development of a model extensively used for over 20 years in the development of anti-cancer drugs. He led the advancement of new pediatric leukemia treatments to help minimize effects on long-term survivors, which included the establishment of the Childhood Cancer Survivor Clinic at the NCI. His revolutionary work has expanded through his service on committees for the Food and Drug Administration, the Institute of Medicine and NCI. He has also served, and currently serves, on multiple national medical advisory boards including Alex’s Lemonade Stand, Curing Kids Cancer, Hyundai Hope on Wheels Program and St. Baldrick’s Foundation.

Since joining Texas Children’s Hospital in 1993, Poplack has continued to strive for the best and most advanced care of children with cancer, including those in underserved populations. In 2001, Poplack developed the Vannie Cook Clinic, a hematology/oncology clinic in McAllen, Texas. He also established Texas Children’s Cancer and Hematology Center’s International Program, which provides care in four sub-Saharan African countries. Most recently, Poplack has headed the development and implementation of the Passport for Care program, a web-based decision support service that provides long-term childhood cancer survivors with individualized follow-up recommendations. This resource is implemented and used by over 125 children’s cancer centers. Under his guidance, the Texas Children’s Cancer and Hematology Program has grown to become the largest pediatric cancer and hematology center in the United States.

Poplack has also made an immense impact on education. He is co-editor of “Principles and Practice of Pediatric Oncology,” the leading textbook in the field, currently in its seventh edition. He has also authored more than 360 original scientific articles, book chapters and reviews, and, as the director of the largest pediatric hematology/oncology fellowship training program in the United States, Poplack has trained more than 120 pediatricians to become pediatric cancer and blood disease sub-specialists. He also serves as the principal investigator of a prestigious NCI-funded pediatric oncology training grant that has trained 27 junior faculty scholars in clinical research. He also has trained a large number of pediatric oncologists in cancer pharmacology and new drug development.

Poplack is a world recognized leader in the field of pediatric hematology/oncology, is an extraordinary mentor and continues to have a major and widespread impact on improving the care of children with cancer and blood disorders.