Thanks to improved relations between the U.S. and Cuba, scientists at UTMB have the opportunity to participate in a unique collaboration 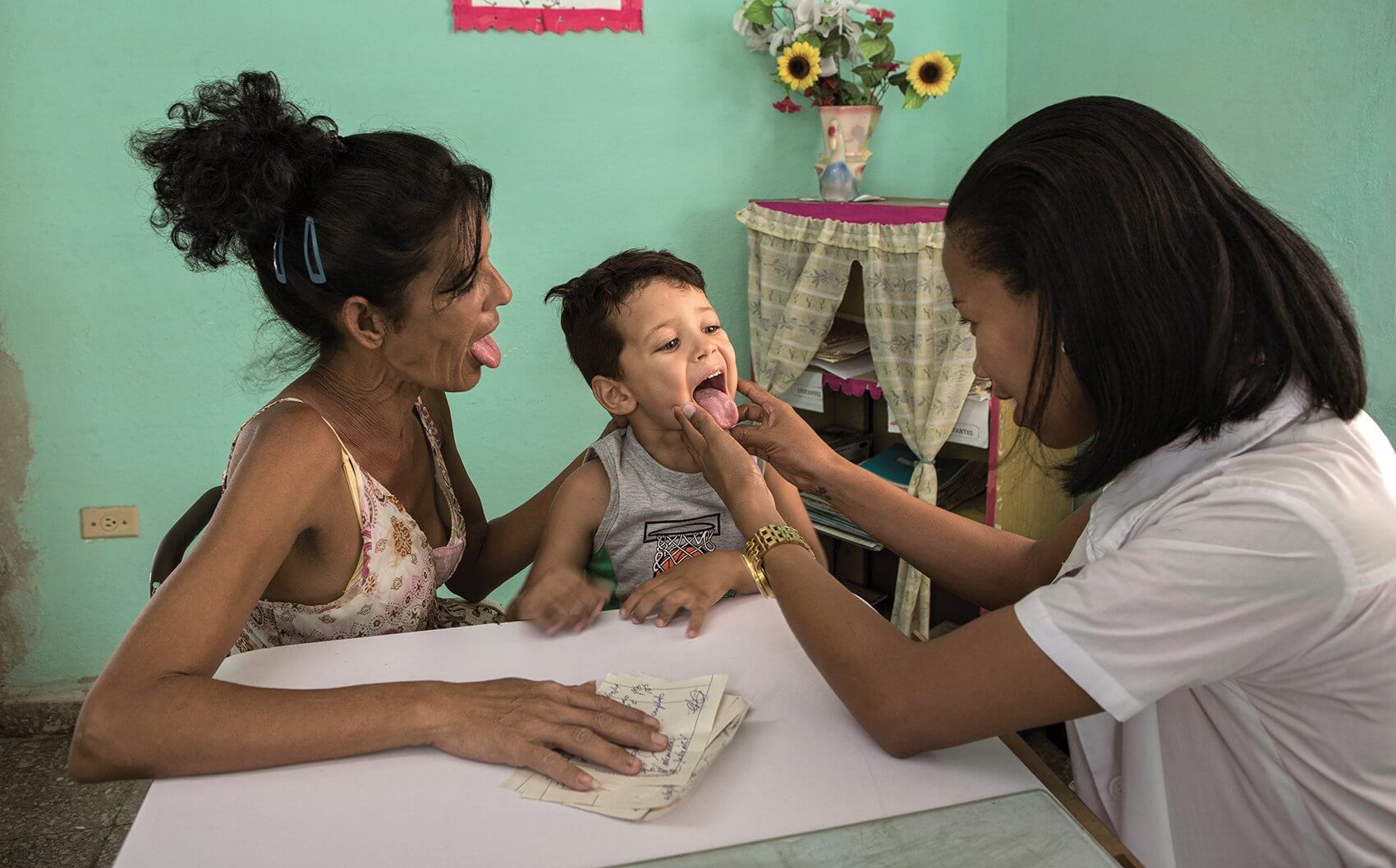 The island of Cuba, with its brightly colored row houses, streets lined with classic cars and lush, tropical scenery, has long been a mystery to most Americans. Seen largely only in photos for over half a century, since the United States severed diplomatic ties with the country during the Cold War, it has been an object of fascination to many. The recent restoration of diplomacy between the two nations, however, has opened the door to closer ties, including a new collaboration between The University of Texas Medical Branch at Galveston (UTMB) and Havana’s Instituto Pedro Kouri.

The $1.3 million initiative, funded by Atlantic Philanthropies, aims to train Cuban scientists in UTMB’s training laboratory and to collaborate to combat infectious diseases both countries share. Scott C. Weaver, Ph.D., scientific director of the Galveston National Laboratory, director of the Institute for Human Infections and Immunity, and a professor at UTMB, spearheaded the project.

“Atlantic Philanthropies contacted us and asked if I’d be willing to put together a proposal,” Weaver said. “Their board of directors liked it, and then it took a few weeks for us to get everything through The University of Texas System. The chancellor had to approve because of the sensitivity of the project.” Weaver noted that the project will not involve UTMB’s biosafety level four laboratory or select agents UTMB researchers study.

“It’s strictly to help do research on mutually important diseases like Zika, chikungunya and dengue,” he said.

“This project is a convergence of multiple things: The increased threat and challenge of Zika and also dengue and chikungunya, and the fact that the U.S. is exploring ways to collaborate for mutual benefit. This is really about mutual benefit,” Oechsli said. “We do hope that this particular research could lead to strategies for containing or limiting the spread of these viruses and we always hope that something like a vaccine could result. There are always new and emerging health threats coming down the pike, and there are no borders to health challenges.”

Here in the U.S., the main focus of the partnership will be to train Cuban scientists who have an interest in developing a biosafety level three laboratory. BSL-3 labs have specific requirements and precautions that must be followed, given that the scientists in them handle potentially-lethal microbes. UTMB’s training facility, which trains researchers from all over the world, will be working with visiting Cuban scientists to ensure they are able to safely study such volatile materials.

The training process is rigorous, and includes eight hours of classroom training, approximately three one-on-one training sessions, depending on how an individual progresses, written pre-assessment and post-assessment tests, and approval from a biosafety officer before starting a mentorship process.

Vickie Jones, a BSL-2 and BSL-3 trainer for the Laboratory Biosafety Training Program, a component of UTMB’s National Biocontainment Training Center, said they use a variety of harmless substances during the process to illustrate different techniques.

“We use fluorescein, the yellow drops ophthalmologists use to check for tears or abrasions on the cornea, because it’s nontoxic, and you can see it in normal light,” Jones said. “We use it to track contamination and show people at the end, ‘Hey, look, let’s work on your technique.’ It also picks up well under the black light to show contamination.”

Jones said they use the same substance, or even food coloring, to test how well a trainee dilutes by looking at the gradation of color. To teach proper personal protective equipment (PPE) donning and doffing, the team uses shaving cream. If the cream ends up on a person’s clothes or body, it indicates improper technique. Safe PPE removal is vital in any space where scientists or physicians are dealing with virulent materials. Weaver noted that improper removal of PPE is likely how health care workers were infected with Ebola in 2014.

“In the lab, they’re working directly with the principal investigators and researchers,” Zimmerman said. “The mentorship cues them into working with experienced people in the laboratory.”

Zimmerman added that the mentorship process is a two-way street. The mentor must, of course, be confident that the trainee has acquired the appropriate skills before signing them off, but it’s equally important for the trainee to feel secure about his or her own skill set.

“Once you have fulfilled the minimum hours criteria, if the PI thinks you’re doing OK, but you are unsure of yourself, sit down and talk. Maybe you need a few more hours of mentorship,” she said. “That conversation is critical.”

In addition to the training Cuban scientists will experience at UTMB, a team of trainers will travel to Havana to put on a larger training session for anyone interested in attending.

“Then we’ll be identifying some priorities for common research projects and will have an internal competition for projects,” Weaver said. “We’ll pair up Cuban and U.S. scientists who work in the same area. They’ll work on a proposal together and then do the project together.”

Given similarities in climate, the U.S. and Cuba share a number of viral diseases, particularly mosquito-borne infections, and researchers at UTMB and the Instituto Pedro Kouri are studying similar subjects. The partnership will offer UTMB scientists the opportunity to study epidemiology and the vector of mosquito transmission in sites where the diseases are more prevalent, for a variety of reasons.

“Being a bit further south, Cuba is a little more tropical than Galveston or southern Florida, but it’s not too different,” Weaver said. “Probably the main reasons they have the diseases more often are cultural and economic differences. They don’t have air conditioned homes or screened doors and windows, so mosquitoes can enter their homes more easily than they do here in Houston or Galveston.”

Weaver said that while transmission of diseases in the two countries is different thus far, the risks are similar, particularly given that both nations have the type of mosquito that transmits diseases like chikungunya, Zika and dengue: the Aedes aegypti mosquito. Those living in the U.S. have less exposure to the mosquitoes, thanks to air conditioning and mosquito-control efforts, but the risk for endemic transmission of Zika, for example, is real and significant.

Though the project is still very much in its infancy, Weaver is optimistic about the opportunities it will provide, both for the two years of the current project and beyond.

“Ideally what will happen is we’ll develop some good scientific collaborations and we’ll go after NIH grants and other opportunities. I don’t know whether, at the end of two years, NIH will be ready to send funding directly to Cuba or not, but hopefully the normalization of our relations will allow that to happen soon, and we’ll be able to sustain this through other kinds
of funding,” Weaver said. “It’s a great opportunity for UTMB to become one of the first universities to develop an active and collaborative program in Cuba, and we’re very excited about it.”