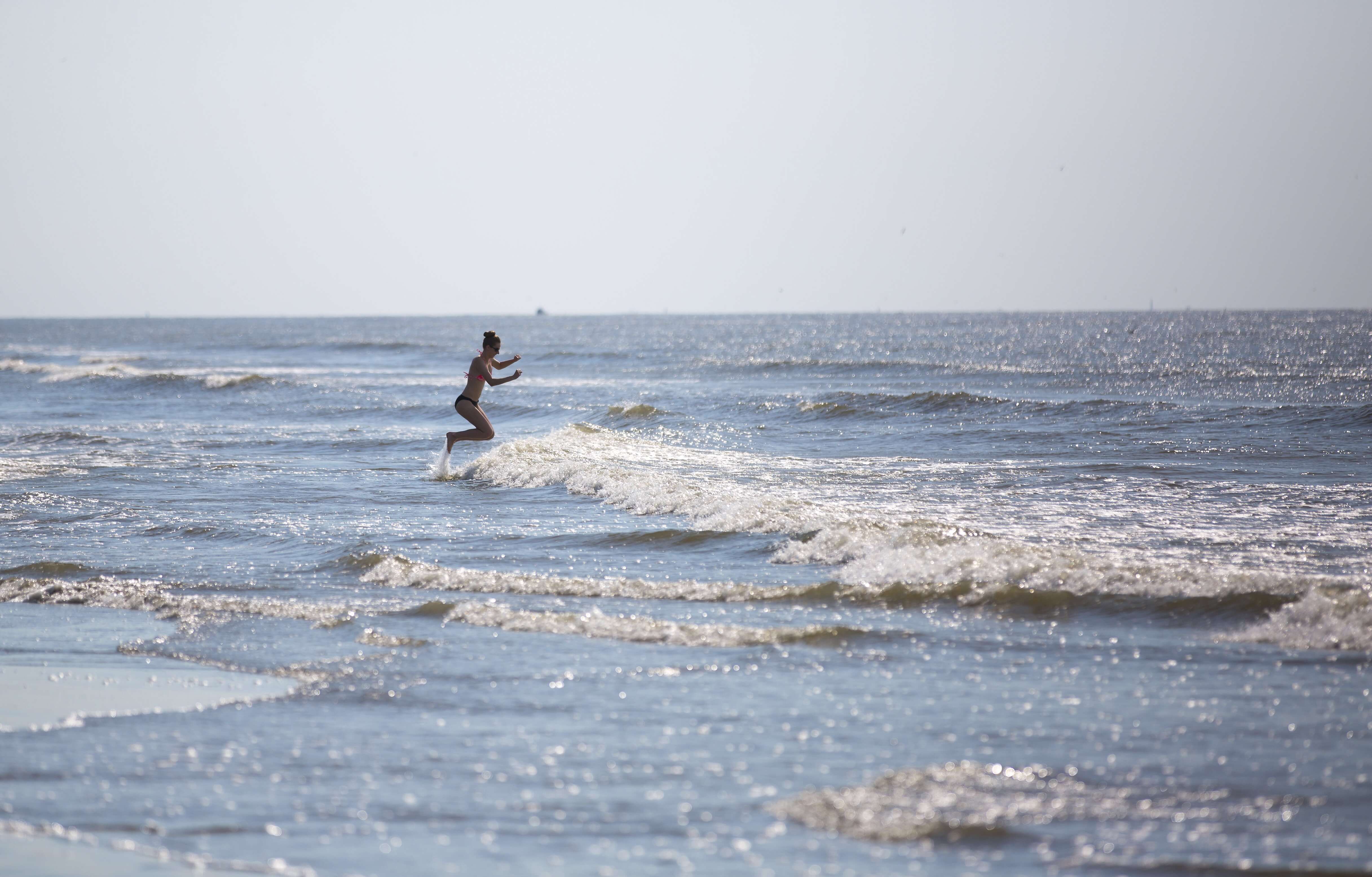 As summertime fast approaches and flocks of beachgoers head to the coast seeking a brief respite from the oppressive Texas heat and humidity, people may find themselves experiencing a scourge of unpleasant and unsightly skin reactions after they leave the water.

These rashes go by many names—“swimmer’s itch,” “beach lice,” “seabather’s eruption”—but whatever you want to call it, what is commonly referred to as “sea lice” is really just jellyfish larvae.

While the baby jellyfish typically invade the coasts of Florida and the Caribbean during the summertime when they are most active, baby Physalia physalis, also referred to as Portuguese man o’ war, have been known to enter waters in the Gulf of Mexico and affect swimmers.

According to A. Scott Lea, M.D., professor and director of the Infectious Disease Clinic at the University of Texas Medical Branch at Galveston, there are several environmental factors that play into higher levels of baby jellyfish activity, including rougher waters. With the recent heavy rainfall and floods pushing river water into the Gulf of Mexico, higher tides and heavier winds stir up water conditions such that large swarms or “blooms” of microscopic jellyfish larvae, no larger than a grain of sand, and other aquatic organisms are picked up by the currents and begin to freely swim about. The baby jellyfish can then latch onto people’s bodies and swimwear as swimmers pass through them.

“Usually, [reactions are] not terribly serious, but it does get moms’ attention and it can be quite severe,” Lea said. “If it’s in a big bloom and you happen to jump in the midst, it’s like a wasps’ nest: If you’re right there when you get them all stirred up, it can be quite serious, but generally it’s not anything debilitating for most people most of the time.”

Irritation is caused by the activation of the baby jellyfish’s nematocysts, a spring-like mechanism in jellyfish tentacles that projects a barbed spear, which Lea said are stimulated by two main triggers: physical motion and change in the environment’s salinity.

While most people develop skin irritations and rashes that can take anywhere between a couple of days to a couple of weeks to clear up, there are those who may experience severe allergic reactions to sea lice, such as fever, headaches or nausea, in which case Lea and his colleagues would use a combination of Benadryl and topical hydrocortisone to reduce inflammation.

To minimize chances of being stung by the baby jellyfish, Lea said it’s important for people to eliminate as many of the possible offenders as they can once they’ve left the water.

“When you’re in sea lice, the first thing you have to do is get it off your skin. People will talk about using something like a popsicle stick or a credit card to scrape your skin and get them off,” Lea said. He explained that, because the baby jellyfish are also triggered by change in salinity, people should avoid going into bathtubs filled with fresh water; instead, he recommended using warm salt water.

Another effective strategy Lea recommended is inactivating the nematocyst altogether.

“These things are made of protein, so anything that you [have] that will denature protein, people have tried,” he said, listing liquids like vinegar, rubbing alcohol, wine and beer. “Those types of things have been the lay public’s home remedy that sometimes results in inactivation of the poisons and toxins in the nematocyst.”

Although baby jellyfish exposure is certainly something beachgoers should be aware of, Lea said there are other major and more common concerns, including catfish stings, adult jellyfish stings and stingrays.

“We deal with jellyfish and Portuguese man o’ war [Physalia physalis] all the time around here,” Lea said. “There are other things that cause major problems, so this is just one of a series of issues that people get when they go swimming in the water.”

Lea said there is currently no statistical information or data around such incidents, but its frequency over the years is commonplace for the locals.

“For all the ones we see, we probably just see the tip of the iceberg,” he said. “The only way we know about how often things happen in medicine is if it’s reportable to the state, and none of those are reportable. But I’ll tell you, if you live in Galveston, you see this a lot.”