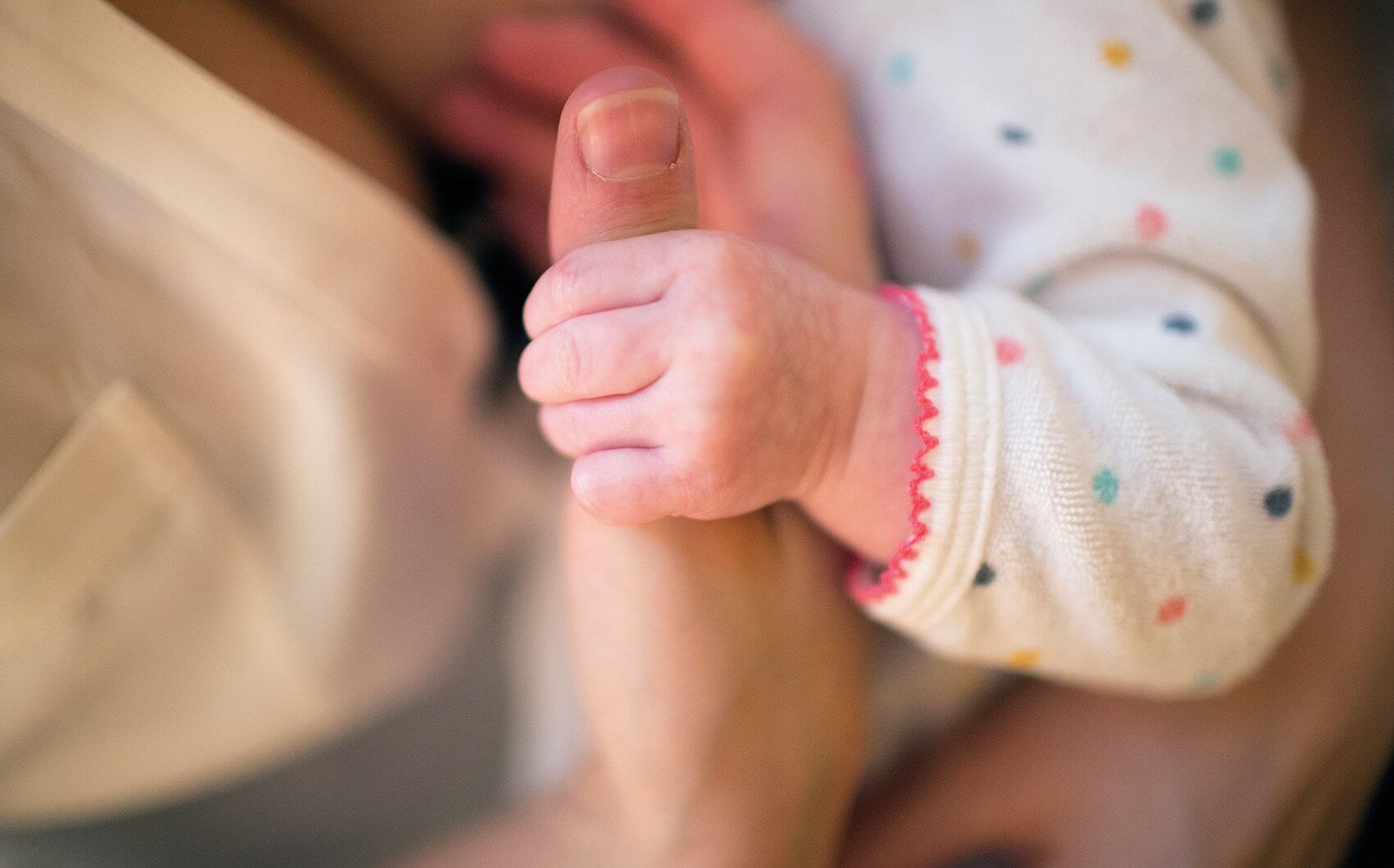 Earlier this year, the United States Centers for Disease Control and Prevention issued 12 new recommendations for prescribing opioid medications. The FDA followed closely on the heels of the CDC with an announcement of its own to implement enhanced safety warnings for prescription painkillers. While the CDC’s guidelines and FDA’s warnings serve as pivotal moments in the war on opioid abuse and the addiction epidemic sweeping the country’s adult population, these new measures could also have a large impact on the tiniest of patients: babies.

“[The CDC and the FDA’s] policy is very important because I think the use of prescription painkillers among mothers is one of the main reasons for neonatal abstinence syndrome (NAS). The thing that tugs at our hearts is that these babies
go through a lot as soon they are born, through no fault of their own,” said Krithika Lingappan, M.D., neonatologist at Texas Children’s Hospital and assistant professor of pediatrics at Baylor College of Medicine. “I think, from a parental perspective, from a caregivers’ perspective and from a financial perspective, this is a huge deal.”

NAS is a condition characterized by a variety of problems in newborn babies and results from a sudden withdrawal of addictive opiate drugs after prolonged exposure in the mother’s womb. As the pregnant mother introduces substances into her system, those drugs pass through the placenta and to the baby, leading to addiction. According to a 2015 analysis by the National Institute on Drug Abuse, the number of babies born with NAS increased five times between 2000 and 2012, during which time an estimated 21,732 babies were affected by opioid withdrawal. The prevalence is equivalent to one baby being born with NAS every 25 minutes.

“They go through symptoms of withdrawal, which are very difficult for parents to see, but it’s also heartbreaking for the caregivers,” Lingappan said. “These babies are very difficult to calm and often cry inconsolably. Even though our nurses do a very good job of swaddling and comforting them, that’s often not enough.

“Close maternal involvement can, in many cases, obviate the need for pharmacological therapy,” Lingappan added. “We are very proactive about starting the treatment when needed before the symptoms of withdrawal get very severe, but at the same time, we try our best to do whatever we can to prevent giving pharmacological therapy to the baby, which in most cases is an opioid agent like morphine or methadone.”

When non-pharmacological approaches—such as the mother holding, rocking, engaging in kangaroo (skin-to-skin) care and breastfeeding—are insufficient for soothing the baby, doctors refer to the Finnegan NAS scoring system, which is designed to help nurses and doctors determine the severity of NAS and initiate therapies for babies experiencing severe symptoms. The caregivers administer small dosages of morphine to help alleviate NAS symptoms, enough for the baby to continue with his or her normal development and growth.

“Basically, [going cold turkey in a baby with severe NAS has] all the signs that you would see for NAS, but they just continue to get worse,” said Jennifer Placencia, Pharm.D., clinical pharmacy specialist for the neonatal intensive care unit at Texas Children’s. “For example, the babies may have severe diarrhea, so they start dumping all their nutrients or they don’t feed well and therefore can’t grow. They’re also very irritable and don’t sleep. All of these things are necessary for a baby’s health.”

Placencia explained that because babies with NAS are irritable and tend to fidget, they also become more susceptible to developing sores on their body and, in extreme cases, can also suffer from seizures.

While treating babies with NAS can be emotionally challenging for caregivers, the ordeal is exponentially more difficult for the mothers, who may have been abusing prescription medications or street drugs. Lingappan and Placencia said there are also cases of pregnant women who took prescription drugs to treat a painful condition such as arthritis, spinal injuries, systemic sclerosis or fibromyalgia, who did not expect the symptoms of NAS in their babies.

“Those are some of the most challenging and heart-wrenching cases because the mom feels responsible and that this could have been prevented,” Placencia said. “In most of these situations, moms feel a lot of guilt, but in that situation, a doctor prescribed them medications for legitimate reasons and they were being seen throughout their entire pregnancy. They thought they were doing the right thing and everything would be fine. Maybe they weren’t spoken to enough about the possible implications of what’s going to happen to the baby, or maybe they just didn’t think it would happen to their baby, so they are oftentimes surprised. ‘Wait a second, my baby has to go to the NICU? I thought this was going to be OK. I just did what the doctor told me to do.’”

Placencia explained that while taking care of the baby is immensely critical, it’s equally important to comfort and reassure the mothers that they made the right decision.

“Because they [feel], ‘I shouldn’t have taken the pain medicine,’ we have to reassure them, ‘You did the right thing. To be in pain during pregnancy and to not take care of yourself is unhealthy for the pregnancy,’” Placencia said. “We need to open up communication and have those difficult conversations.”

Lingappan recalled a case in which a baby was born with NAS to a mother who was prescribed Oxycontin after she suffered injuries sustained in an accident.

“Depending on what’s going on in your life at a given time, your risk factors of being addicted to prescription painkiller drugs might be pretty high, and that’s exactly what happened with this mom: She had an accident, separation from her partner and she got pregnant around the same time. It was a perfect storm for this to happen in her life at that point,” Lingappan said. The mother subsequently became addicted to the prescription painkillers. When she found out that she was pregnant she reached out for help and was started on a methadone regimen.

Lingappan said the pendulum of treating pain has swung from one extreme to the other, in the sense that at one point in our country’s history, the health care system was more stringent about prescribing painkillers. But in 2001, the Joint Commission on Accreditation of Healthcare Organizations pushed to improve pain management standards and assessments, making it easier for patients to obtain painkiller opioid prescriptions from their physicians. By 2014, an estimated 1.9 million Americans suffered from prescription painkiller-related substance abuse, according to the American Society of Addiction Medicine.

“This mother and baby went through a lot after the baby was born,” Lingappan said. “The baby had a lot of symptoms including vomiting, diarrhea and constant tremors. The mother would put the baby to her chest and the baby would [stop] shaking. There would be tears rolling down her eyes and their nurse’s, but they got through it.”

While the CDC’s and FDA’s policies are timely and much-needed measures, only time will tell if they are effective.

“I think the heart’s in the right place for the new CDC and FDA guidelines because there is an epidemic of prescription painkiller abuse. We are seeing a very important part of that with the babies who are the innocent victims of this epidemic,” Lingappan said. “Whether it leads to any real changes in how these drugs get prescribed and whether it leads to a decrease in the actual use and abuse of these drugs, we would have to wait and see, but I think the intention is definitely right.”