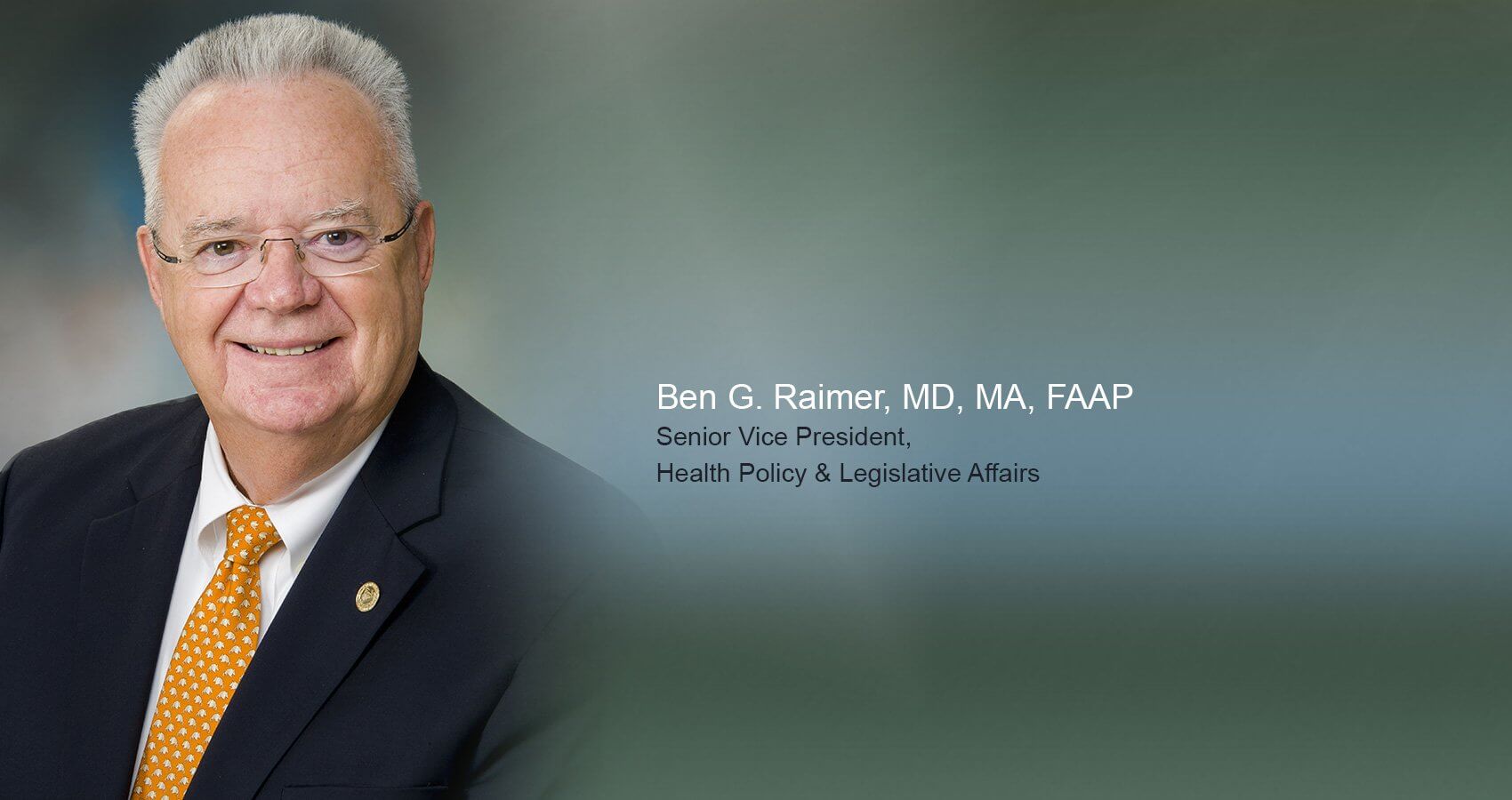 Dr. Ben Raimer, senior vice president of Health Policy and Legislative Affairs at the University of Texas Medical Branch at Galveston, has been named the recipient of the 2016 C. Frank Webber, M.D. Award for his commitment to mentoring medical students.

The award is presented annually by the Texas Medical Association’s Medical Student Section. Raimer was nominated by UTMB’s student chapter of the organization.

“I was quite surprised and moved by our UTMB student’s appreciation by nominating me for this award,” said Raimer.

Raimer has been working with UTMB medical students for almost 10 years as sponsor of their TMA Medical Students Section on the Galveston campus.

“Every year, the students just get better and better as their devotion to community engagement increases and the political astuteness regarding health care expands,” said Raimer. “I love to mentor students and to discuss the future of medicine, personal goals and political issues with them.”

Raimer grew up in rural East Texas near Woodville and came to Galveston in 1969 as a student in UTMB’s Graduate School of Biomedical Sciences and has been active in the community since that time.

He has filled numerous academic and administrative positions through the years as a tenured professor in the departments of Pediatrics, Family Medicine and Preventive Medicine and Community Health.