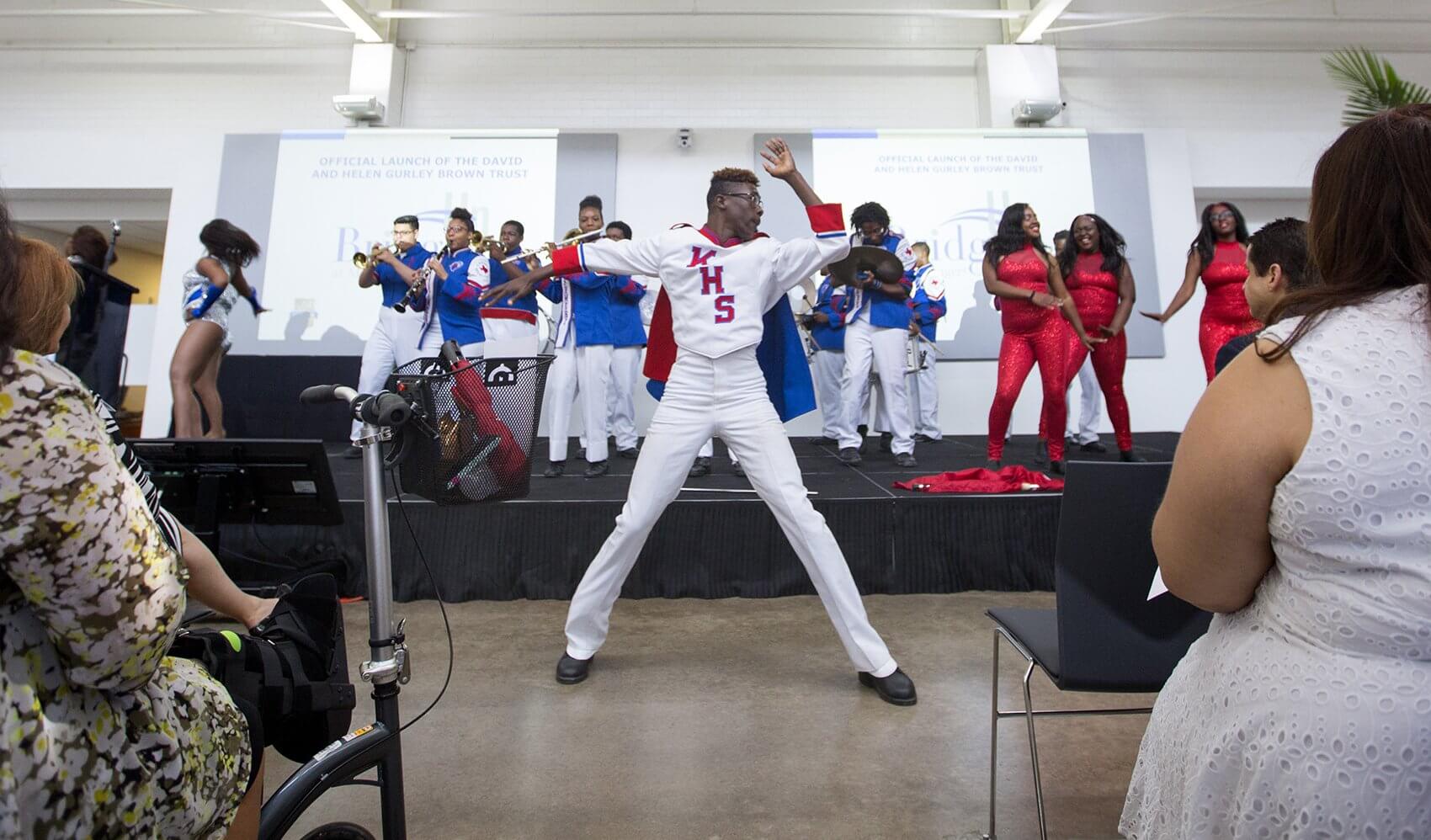 Over 120 members of the Houston community, including Harris County Judge Ed Emmett, gathered at the TMCx accelerator Thursday for the announcement of the first grant recipients of BridgeUp at Menninger.

BridgeUp was started and funded by the David and Helen Gurley Brown Trust. There are currently two after-school BridgeUp programs in New York that target at-risk youth through STEM programs, but BridgeUp at Menninger will be the first of its kind. Instead of focusing solely on the academic growth of a student, BridgeUp at Menninger will focus on the individual as a whole by addressing the social, emotional and mental well-being of vulnerable students in the Houston community.

“One of my hopes when I came to the Menninger Clinic was to make it a model to create the healthiest city in the country, and I believe Houston can become the healthiest city in the country,” said Edward Coffey, M.D., president and CEO of the Menninger Clinic. “There is no health without mental health, and I think by partnering with BridgeUp we can achieve that goal.”

“BridgeUp creates an ecosystem of support for students in communities that have suffered from cyclical and generational poverty,” said Adeeb Barqawi, founder and CEO of ProUnitas. “By bridging the community, schools and students through this ecosystem of support, with a focus on emotional and social support, we can help break these cycles.”

In total, the grants given this year total $1 million dollars and will impact more than 1,400 students in the Houston community.