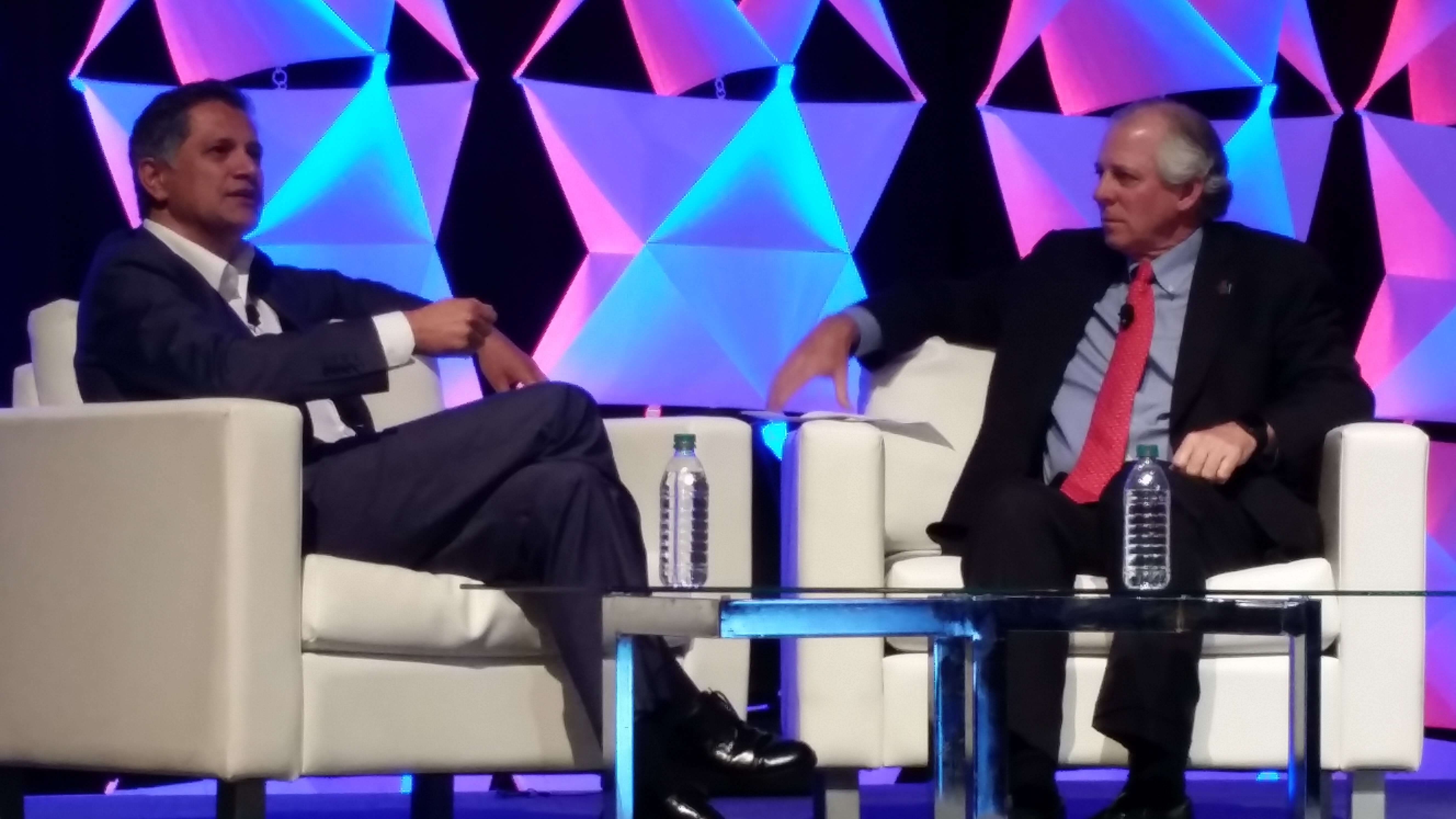 “I’m an example of persistence, and that invention is the mother of necessity.” — Joe Kiani, chairman and CEO of Masimo Corp.

The following is an excerpt of their conversation.

Robbins: Who are the influences and mentors that helped you to get to where you are today?

Kiani: I always wanted to help people. I wanted to make a contribution. As a kid, my mom was a nurse, dad was an engineer, and I used to travel with my mom to visit villages and locations where people didn’t have access to health care. I was very moved by the work my mom did. I went to San Diego State University (SDSU) trying to go for pre-med and chem major, but I wasn’t good at chemistry.

Fortunately, I was good in physics, and I decided to be an engineer. Many doors opened for me to be in multiple industries, but the door opened for me to be in the med tech industry. I made a presentation to a group of people who wanted to develop a low-cost pulse oximeter. After the presentation, they asked me if I’d lead the project. I immediately wanted to do it because it’s so fascinating. You shine light through the body, and from the light, you detect and measure how much oxygen is in the blood.

I happened to have had the blessing to learn from a professor, Fred Harris, who was a guru in civil processing, was a consultant to the Pentagon, worked on anti-submarine warfare, and he had worked on filters known as adaptive filters. Imagine in the last session the mosquito issue, so what if you had screens that would be nice, wide, open and you got lots of air in, but when you saw one of those Zika virus mosquitoes coming in at the location that it’s coming in, the screen would close. It would not let that mosquito come in. That’s essentially what adaptive filters do to the signals that are going through them, so I thought I could use that technology to solve the motion artifact problem with pulse oximeters.

When I went to that company that I was working for and I told them I could do it, they said, ‘No, no, no. Go work on the $100 pulse oximeter,’ and they weren’t interested in it. Long story short, I left them and started Masimo out of my garage to go solve the problem with motion artifact in pulse oximetry, but one of the questions you ask is, ‘How did you do it? Where did you get it?’ As you all know, we go to school to learn how to learn, so I hit the libraries and learned a lot about physiology. I learned a lot about physics.

I learned invention comes from understanding the four corners of the technology that you’re dealing with. Once you understand the four corners, they say you’ve got to think outside the box. Then you can step outside those four corners, and that’s where the invention lies. Really, a lot of perspiration and some moments of inspiration can lead to inventiveness. There’s no monopoly on who can be inventive. It’s just a matter of throwing yourself at the problem, working on it and then all of a sudden one day you feel like gods are speaking to you they’re putting some idea in your head, and there you go. There’s your invention.

Robbins: Your technology certainly transformed the field of medicine and has saved millions of lives worldwide. We had a discussion earlier today about the patent system or the intellectual property system, and you had a very famous case where you took on the so-called ‘David and Goliath,’ where you took on the big leader in this field early on and won. Talk about the process of invention, protecting your ideas and most importantly, defending them.

Kiani: First of all, we were entering a marketplace that was dominated by one company, so imagine they’re trying to get into the space of Microsoft Windows. It’s got to be so much better for anyone to even notice, and secondly, I was 24 years old when I started Masimo, and I didn’t have any contacts, didn’t have any background in distribution, didn’t have any famous friends or family.

What really allowed me to start my company was how strong the intellectual property system was. At the time, this is 1989, patents were revered. If you had a claim, you knew what to expect from the courts. Up until the last five years, if someone was found to infringe your patent, injunctions were automatic. There were only two cases in the history since the founding fathers put patents in our constitution that an injunction wasn’t imposed, so the strength of intellectual property (IP) and the uniqueness of our idea helped us not only have strong patents, but allowed us to raise money.

Over time, I raised nearly a $100 million from venture capitalists, and they pored over our patents and patent applications, and based upon those, decided we can invest in this. What’s happened in the last 10 years, unfortunately because of  troll litigations, there are patents being filed or used to sue big companies like Google that have upset these companies so much. They’re very vocal in Washington, and that’s made our lawmakers, unfortunately, swing the pendulum toward not protecting IP. Of course, the courts worried that the lawmakers might go too far, and they began passing legislation from the bench. Obviousness is easier to prove now, injunctions are not automatic, damages are harder to prove, so unfortunately the IP landscape is not the way it was when I started Masimo.

Our commercialization success is what’s allowed us to continue, even though we keep innovating. My company 25 years ago may not have been able to start if it was starting today due to the weakness of the intellectual property in our country. We’ve done all kinds of crazy things, like it used to be first to invent in our country. Now it’s first to file.

We’re used to, once you had a patent issued, you couldn’t be challenged. Now people can challenge a patent after it’s issued, so what used to cost you $10,000 to get a patent, now can cost you $1 million to get your patent because people can file inter-party re-exams under patents and people can challenge it. We’re doing everything we can of the sake of the future of entrepreneurs to educate lawmakers and the patent office so that they don’t go too far.