Mental health has long been kept a suppressed and sanitized topic, but individuals affected by mental illnesses welcome a new shift in bringing it to the forefront of discussion 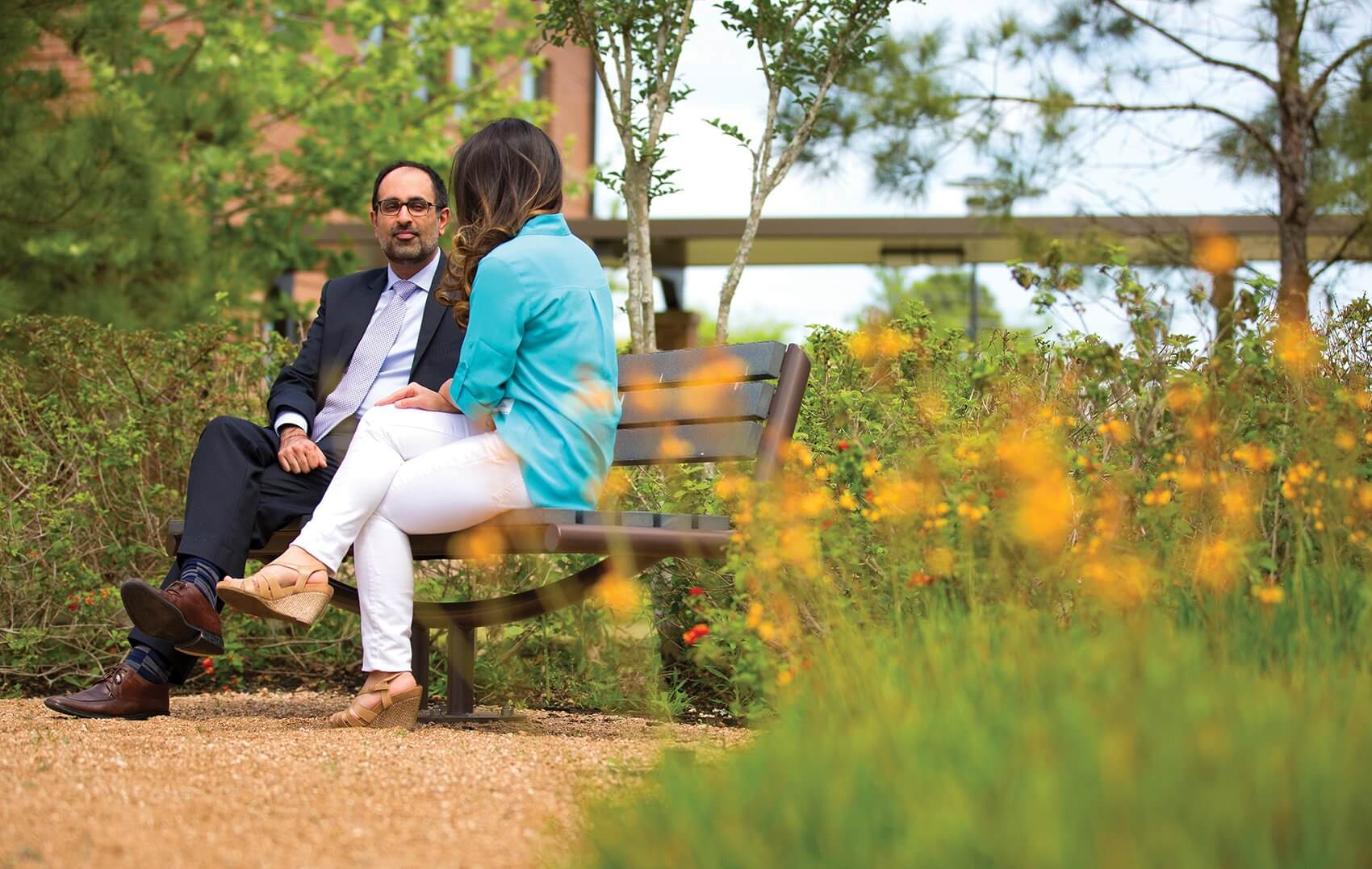 By all appearances, 35-year-old Houston native Elizabeth Smalling Shulak is a happy, young professional working at Memorial Hermann with her life in order. She enjoys her stable job, has an apartment that she loves, and is surrounded by supportive friends and family. On top of that, she’s basking in marital bliss with her new husband, who she recently married in March.

However, life was never always this picturesque for Shulak. At an early age she experienced a series of traumatic events and dark moments that inevitably ushered in her childhood depression. She witnessed her grandmother’s fatal car accident at 10 years old, a suicide at the high-rise apartment building where she lived and her parents’ divorce.

She occupied herself by playing soccer, cheerleading, practicing karate, creative writing and taking up photography—all coping mechanisms as she went through cycles of depression and mania. Although she knew she needed help, it wasn’t until her sophomore year of college in Colorado that she was diagnosed with bipolar disorder and obsessive compulsive disorder, a diagnosis that came on the heels of the Sept. 11 attacks and the death of her dog.

“I got depressed and even more depressed. I’d drink to cope and end up in the hospital again,” said Shulak, who has been hospitalized 15 times in her life as a result of her bipolar episodes. “It’s been a road of going to school, doing really well, going to the hospital, doing well at work, and then going to the hospital. It was getting to be way too much for anybody to handle.”

After spending an intensive 12 years in various mental health treatment centers, and with the help of her dedicated doctors, Shulak finally achieved a balanced existence without being defined by her illness.

“It’s about going step-by-step with what life gives you and overcoming those challenges and seeing life in baby steps,” said Shulak, who recently spoke about her journey at the second annual World Bipolar Day March 30, which was held at The University of Texas Health Science Center Harris County Psychiatric Center and presented by McGovern Medical School’s Department of Psychiatry and Behavioral Sciences. “Looking back, I can say, ‘Wow, this is how far you’ve come,’ in the bigger picture as I piece these things together.”

While many people are swept up in grand ambitions and lofty ideas, Shulak—who once hoped to pursue a career as a pediatrician—said she gave up on her long-term goals because of her condition but keeps things in perspective by appreciating other aspects of life.

According to the National Institute of Mental Health, bipolar disorder is the sixth leading cause of disability in the world, with 2.6 percent of the U.S. population diagnosed with the mental illness each year. While Shulak is one of the 5.7 million American adults who are diagnosed with bipolar disorder, she is also a part of the larger mental health community.

According to the National Alliance on Mental Illness, 43.8 million American adults—nearly one in five people over age 18—experience some form of a mental illness, whether it is bipolar disorder, major depression, anxiety or schizophrenia.

Although there continues to be negative judgments and social bias around mental illness, those living with a condition, their loved ones and the medical community are gaining momentum in dismantling the stigma attached to it.

“[As TMC doctors,] we don’t speak of mental illness in terms of stigma. We help patients get better access to care and help embrace it as a disorder that can be treated,” he said. “We need to be shepherds of decreasing stigma, as well—even by recognizing the bias amongst physicians toward patients and mental health disorders.”

While Virginia Woolf, Vincent van Gogh and Sylvia Plath are recognizable historical figures thought to have had bipolar disorder, numerous celebrities—including Demi Lovato, Jean-Claude Van Damme, Catherine Zeta-Jones, Carrie Fisher and recently deceased mental health advocate Patty Duke—have publicly discussed their illnesses and used their celebrity statuses to open up the conversation for mental health awareness. The prevalence of social media provides a platform to share personal experiences and journeys, engaging the public in an open dialogue about problems that historically have been kept secret. Their stories force people to acknowledge the existence of mental illness and talk about the real issues that affect a great deal of people rather than suffering in uncomfortable silence.

“Talking about [mental health] is probably the most important thing, but a lot of celebrities now talk about mental illness, so that makes it easier,” said pediatric psychiatrist Iram Kazimi, M.D., residency training director and assistant professor of psychiatry and behavioral sciences at McGovern Medical School. “We know that adolescents tend to look up to people who have a certain status—like celebrities and stars—and that has been really helpful in helping kids think it’s not that bad.”

Previous studies have shown correlations between mental health and creativity and, although there is no evidence to support a direct link between the two, Kazimi said her pediatric patients have a myriad of talent—enough so to be famous in their own right and to potentially help others like them in the future.

“I never tell my kids to idolize anybody because it’s so different,” Kazimi said. “For those kids, I tell them, ‘You’re going to be your own celebrity. You’re going to make your own mark.’ We really try to encourage that because, gosh, sometimes the kids we see are rapping better than any rapper I’ve ever seen. Some are artists like you’ve never imagined. I tell them to think about what it was like for them when they started their journey [because] they might be able to help someone else.”

Diagnosing patients with mental illness early on and getting them on the proper medication regimen can greatly improve their chances for better quality of life, but Shulak said recovery is possible for everyone.

“It just takes a lot of education, a lot of patience, and being in a support system with your family, friends, doctors and the community and applying that to your life so you can get better,” Shulak said. “Everybody wants you to get better, so they’ll all be there for you if you ask for help.”