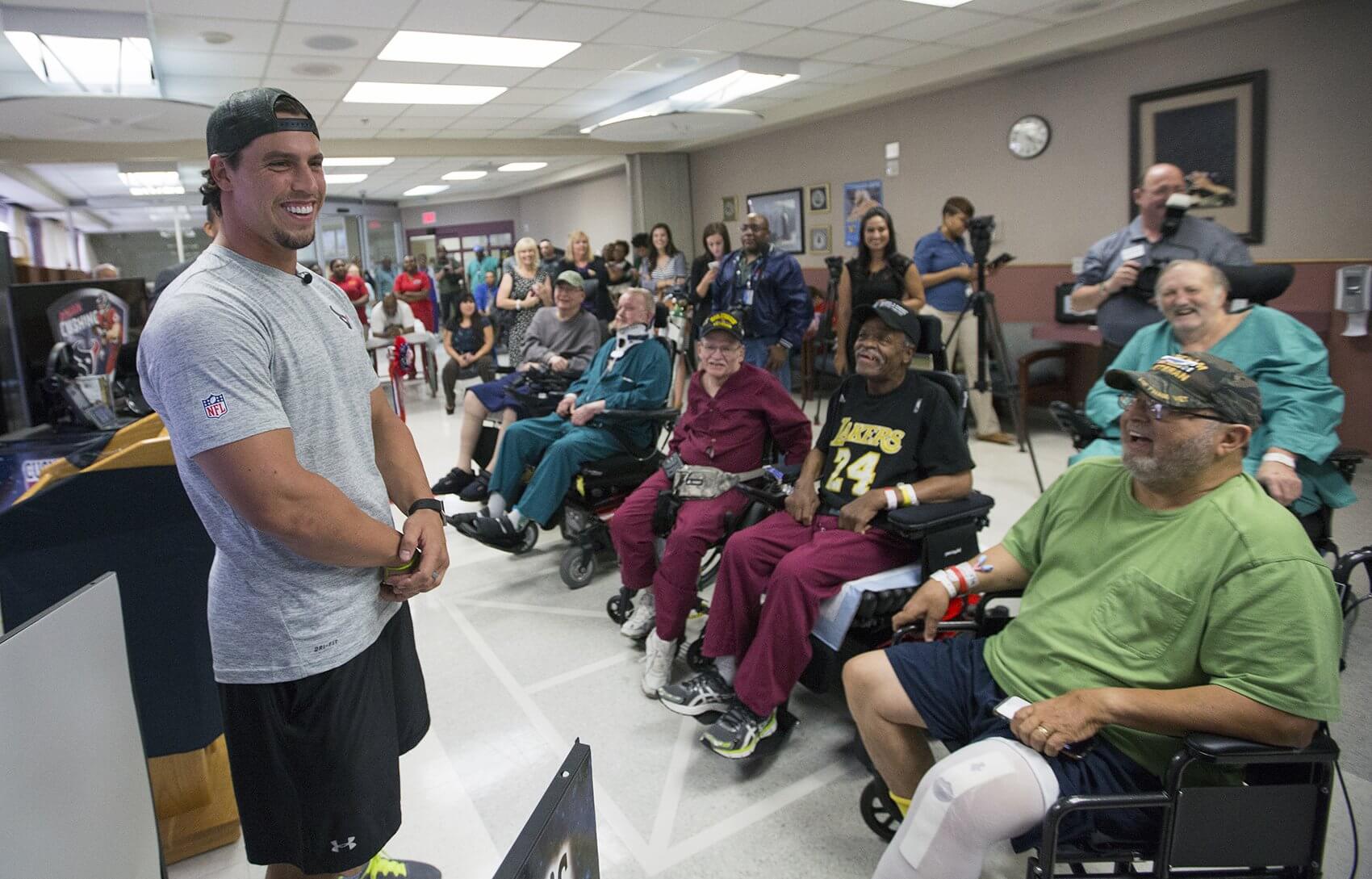 Texans linebacker Brian Cushing is known for giving his all on the football field, but he also gives back a great deal to the Houston community. Cushing started the Cushing Foundation as a way to serve and give back to the servicemen and women in Houston.

Cushing comes from a military family—his great-great-uncle, Alonzo Cushing, received a posthumous Medal of Honor for being a civil war hero. His father, Frank Cushing, was an intelligence officer during the Vietnam War.

Recently, the Texans linebacker donated over $15,000 of electronic equipment to the Michael E. Debakey Veterans Affairs Hospital. The equipment, including headphones, televisions, DVD players, video games and iPads, will be available to veterans at the hospital.

“We are so thankful to individuals like Mr. Cushing who have many other things going on personally and professionally, but they take the time to give back to this very important community,” said Christopher Sandles, associate director of the Michael E. DeBakey Veterans Affairs Hospital.

Cushing started his foundation in 2015 with the mission to serve and honor the men and women of the United States Military by providing resources and experiences to Houston veterans and their families.

“Since I was a little kid I have been very passionate about giving back and helping the servicemen and women in our country,” Cushing said. “I hope these items can be a moral booster for veterans.”