Beware of the Bite

Beware of the Bite 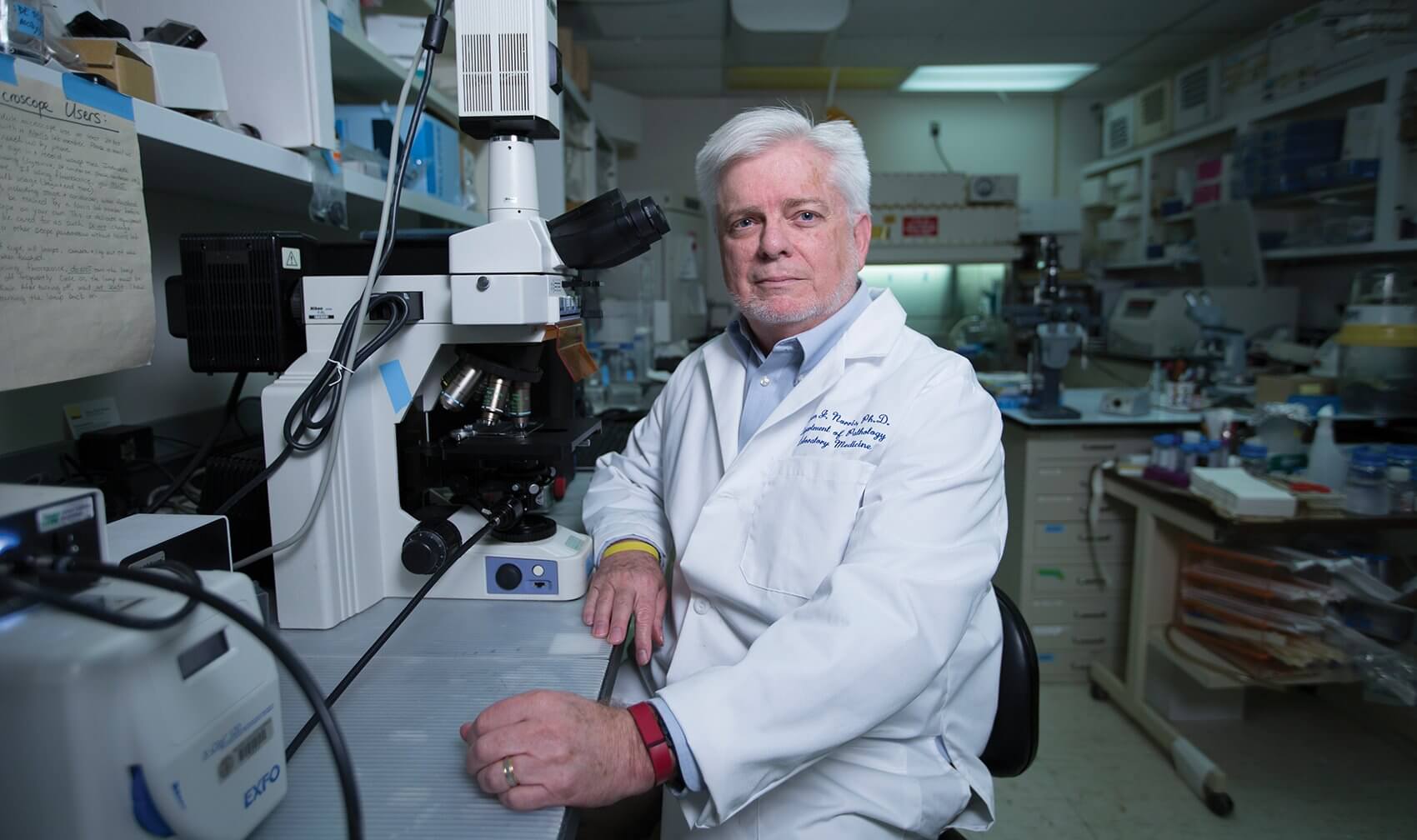 According to the Centers for Disease Control and Prevention (CDC), over 300,000 Americans are diagnosed with Lyme disease each year. The infection is a tick-borne illness that has only been recognized as a reportable disease by the CDC since 1982.

While there are a considerable number of patients diagnosed with Lyme disease each year, the disease is still somewhat new to patients, as well as physicians and scientists. In an effort to raise awareness of the disease, May has been designated as Lyme Disease Awareness Month.

The perplexing disease was first described in the 1970s by Allen C. Steere, M.D., and a group of researchers in Old Lyme, Connecticut, when an alarming number of children and adults began complaining of puzzling and debilitating symptoms, including skin rashes, arthritic conditions, headaches and fatigue. By 1975, researchers concluded that all of the people suffering from these symptoms had been bitten by ticks but still did not know what caused these ticks to be more harmful than others.

Around the same time, Steven Norris, Ph.D., professor of pathology and laboratory medicine at McGovern Medical School at The University of Texas Health Science Center at Houston (UTHealth) had just begun his career researching syphilis, which also carries a corkscrew shaped genome. Upon learning of Burgdorfer’s work with Borrelia burgdorferi, Norris changed his focus to research Lyme disease.

“Borrelia is similar to the organism that causes syphilis because of its spiral shape, but one of the real mysteries of Lyme disease is that it can cause disease for weeks to months, and that is unusual for a bacterium to do,” said Norris, who is the Robert Greer Professor of Biomedical Sciences at UTHealth. “I was drawn to researching Lyme because I wanted to figure out how this organism is able to cause a persistent infection.”

Through his research, Norris, along with collaborator Alan Barbour, Ph.D., and others, was able to develop a diagnostic test to positively identify patients who are suffering from Lyme disease. The test, which was developed in 1997, can confirm whether patients have VlsE, a protein found only in Lyme disease bacteria.

“A lot of people have aches and pains and flu-like symptoms, which are very similar to the common symptoms of Lyme disease,” Norris said. “By identifying VlsE, which is the protein that helps the Borrelia organism evade the immune response, we can test the patient’s blood for the presence of anti-VlsE antibody to see if they have contracted Lyme disease in a more conclusive way.”

According to the CDC, the common symptoms of Lyme disease include fever, chills, headache, fatigue, muscle and joint aches and swollen lymph nodes. The initial tick bite will leave a bull’s-eye shaped rash on infected persons.

“After the tick bite, the organisms have to move from the gut of the tick into its salivary glands, and at that point the microorganisms migrate into the human,” Norris said. “This process typically takes 24 hours at which point the organism multiplies and spreads to form the bull’s-eye rash, goes to the bloodstream and infects other tissues.”

The highest concentration of Lyme disease cases is in the northeastern and north-central United States. The southern United States and Texas have a relatively low occurrence of Lyme cases, mostly treating patients who were bitten by a tick while on vacation outside of the area.

“In Houston, we are evaluating patients who think they have contracted Lyme disease about every other week,” said Charles Ericsson, M.D., head of clinical infectious diseases at Memorial Hermann – Texas Medical Center and the Dr. and Mrs. Carl V. Vartian Professor in Infectious Diseases at McGovern Medical School. “The vast majority of these people do not have Lyme disease, and the ones who do have been exposed in areas outside of Texas with Lyme transmission.”

Antibiotic treatments have proven to be successful for patients suffering from Lyme disease. Patients treated with appropriate antibiotics in the early stages of Lyme disease usually recover rapidly and completely. The most common antibiotics used to treat Lyme disease are doxycycline, amoxicillin or cefuroxime axetil. Patients with certain neurological or cardiac forms of illness may require intravenous treatment with drugs such as ceftriaxone or penicillin.

“Ninety percent of patients treated with appropriate antibiotics recover fully from Lyme disease without experiencing long-term symptoms,” Norris said. “Many of these factors depend on the patient’s immune response to the infection and antibiotic treatment.”

To prevent Lyme disease, the CDC recommends avoiding wooded areas with high grass, wearing protective clothing while in the outdoors and using repellents that contain 20 to 30 percent DEET (N, N-diethyl- m-toluamide) on exposed skin and clothing.

“Everyone should be aware that ticks can transmit disease, not only Lyme disease but other diseases,” Norris said. “These ticks are often the size of the head of a pin and are difficult to spot. Anyone who spends time outdoors should take the time to inspect themselves for ticks, particularly in the spring and summer months.”