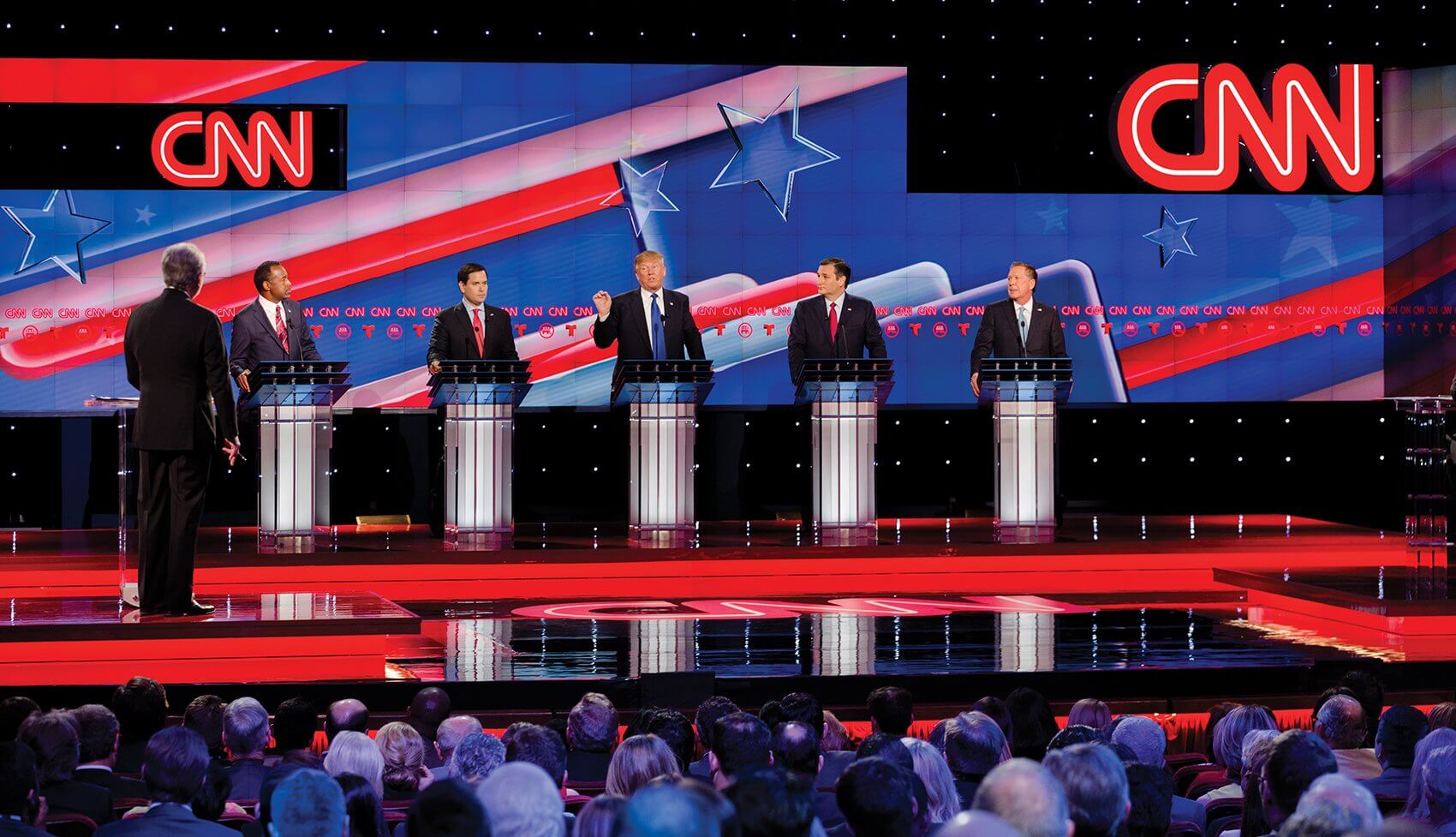 The University of Houston has garnered national attention over the past year with not only its number-eight nationally ranked football team, but also for being selected as a host site for a Republican Presidential Primary Debate.

The process to host the debate began in May 2015, when the university submitted its bid to NBC News and Telemundo to be a host site.

“The chance to participate in history isn’t an opportunity taken lightly,” said P’nina Topham, director of media relations for the University of Houston. “Hosting a national conversation with real-life impact on our community and country is a great opportunity for our school and students, and also for our extended Cougar community.”

After UH submitted the bid to host, NBC News and Telemundo made two visits to the campus to ensure it could accommodate the volume of people who would be coming in for the debate.

“Before we were selected as host site, it had been over 30 years since a primary debate had been held in Houston,” Topham said. “The University of Houston is so proud to have been selected and to have our great city spotlighted in this manner.”

In October 2015, the Republican National Committee suspended its partnership with NBC News following the third GOP debate in Boulder, Colorado. This suspension had a ripple effect for the University of Houston since they had been selected as a host site by NBC News and Telemundo.

“The host network selects the debate venues, not the political parties,” said Adrian Castillo, chief of staff for the Student Government Association at the University of Houston. “When the RNC split with NBC News, we were in limbo as to whether we would host the debate or not.”

In January 2016, CNN replaced NBC News as a broadcast partner for the debate. A large team immediately conducted another two site visits to the University of Houston to determine if it was a suitable host site for their needs.

“In many ways, we had to fight for this debate twice,” Topham said. “We are even more proud that two different national news networks saw the power of hosting the debate here on our beautiful campus.”

The goal of hosting the debate at the University of Houston was not only to show the rest of the country all that the school has to offer, but also to give students, faculty and alumni a once-in- a-lifetime opportunity to be part of the historical event.

“This debate came at a pivotal moment in the election cycle—right before ‘Super Tuesday’—and it was important to us to involve our students and community in public discourse in every way possible,” Topham said.

In addition to hosting the debate, the school planned a series of events to involve students and the community. During the week of the debate, students were invited to attend a Q&A session with Anderson Cooper, moderated by faculty and students from the Valenti School of Communication; tour the Google Media Filing Center and Spin Room set up for reporters; participate in a mock debate; and attend a series of lectures educating students and community members about the electoral process and about major topics the candidates would be covering.

“One of my favorite events I participated in was standing in as a candidate during the mock debate to test camera angles, sound and time for the networks,” said Marijose Flores, a senior public relations student at the University of Houston. “It was great because I got to go on stage and stand at the same podiums as the candidates.”

For those who were not able to attend the debate inside the Moores Opera House, the school set up watch party locations for students, faculty and staff. Valenti School of Communications students live-tweeted the debate, managed interactive polling and issued live reports during commercial breaks, viewed by watch party attendees.

“It was really exciting as a student to take all of the things I have learned in class and use them for the debate,” Flores said. “Seeing other students also perform in their field was an opportunity that I will always remember, and it is a great start for us right before we begin our careers in communications.”

Regardless of politics, the university, student body and community were honored to host the Republican Presidential Primary Debate and have the national spotlight on the University of Houston.

“As a university, we have come a long way in the past few years,” Castillo said. “We are reaching new heights and achievements every day; along with our football team winning the Peach Bowl, we are a powerhouse in athletics, academics and with our civic engagement.”