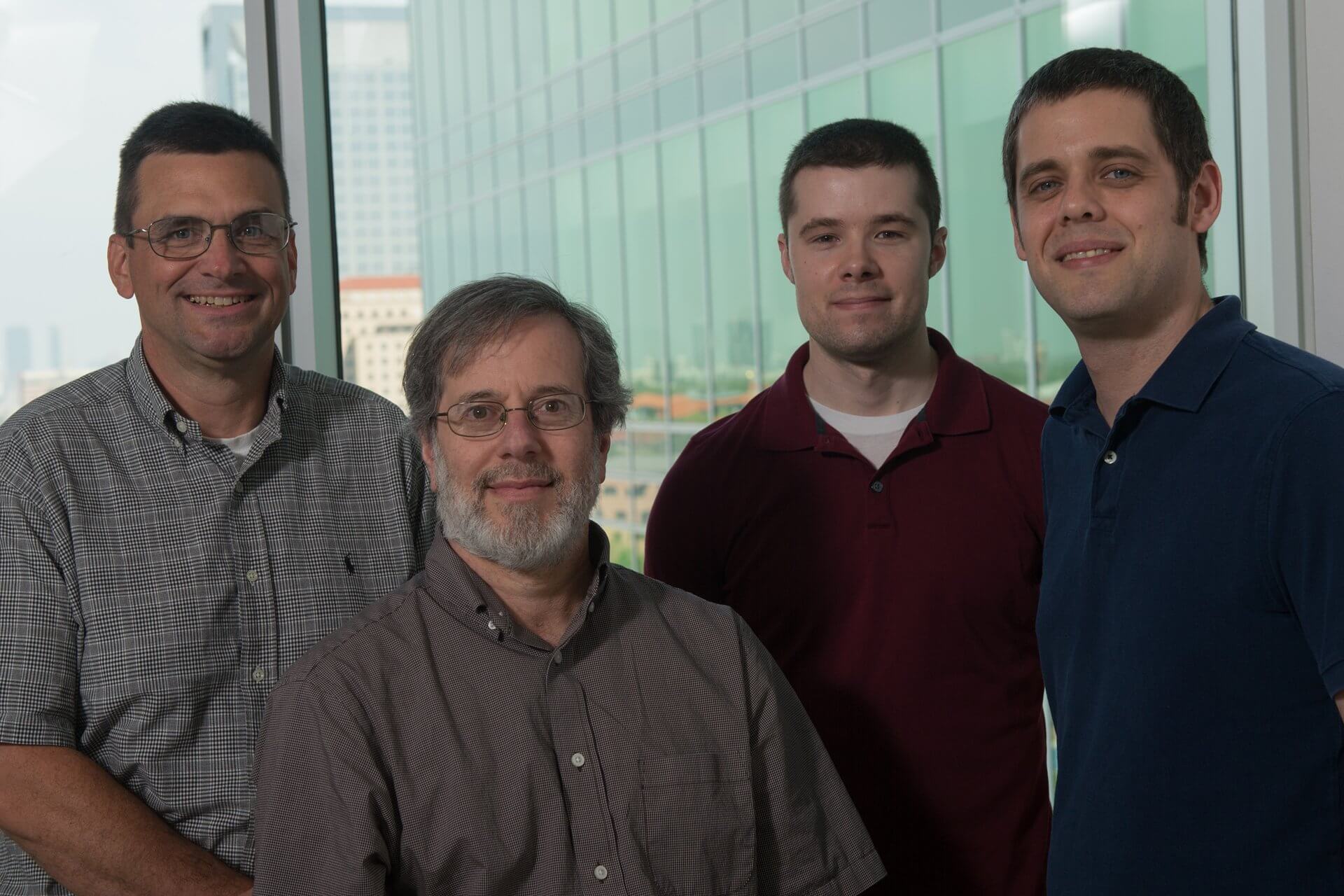 A study by Rice University biochemists has revealed specific defects in nerve cells that arise from two genetic defects known to cause hereditary spastic paraplegia (HSP).

The research, which is featured in the April 1 issue of the Journal of Cell Science, is the first to show how the function of neurons is impaired by specific genetic defects that have been proven to cause HSP, a group of inherited neurological disorders that affect about 20,000 people in the United States. Those with HSP suffer from numbness and weakness in the legs and feet due to progressive deterioration of the neurons that carry signals from the brain to the spinal column, and Rice researchers hope that a better understanding of the root causes of HSP could lead to improved treatments.

he new study is the latest to stem from a groundbreaking series of discoveries about HSP that have come from the laboratory of Rice biochemist James McNew since 2009. The new research was done in collaboration with the lab of fellow Rice biochemist Michael Stern and involved thousands of painstaking experiments by graduate students Jimmy Summerville, from Stern’s group, and Joseph Faust, from McNew’s. Summerville and Faust, co-lead authors of the new study, created dozens of mutant strains of the fruit fly Drosophila melanogaster, which has analogous genes to two human genes — atlastin and reticulon — that are known to cause HSP.

By selectively mutating genes in the flies, Summerville and Faust manipulated the amount of the proteins atlastin and reticulon made in the flies’ nerve cells. Both proteins are known to play roles in building and maintaining the structural framework of the endoplasmic reticulum (ER). The ER is an interconnected network of tubules and sheets that provide a cell with numerous critical functions. The research highlights the functional importance of the overall architecture and structure of the ER network.

“This work is foundational in the sense that we now understand, at a mechanistic level, how ER structure influences the ability of a neuron to send a signal,” McNew said. “That was unknown before. The ER is an essential organelle. Our cells need it to function correctly, and this study shows how a couple of specific changes to the ER can dramatically influence the ways that neurons ‘talk’ to muscles.”

HSP can be caused by defects in more than 70 genes, but defects to the atlastin gene have been linked to as many as 10 percent of HSP cases. Reticulon defects also can cause HSP, but the exact mechanisms by which these genes cause neurological problems are unclear.

McNew began studying atlastin almost a decade ago, and in 2009 he and Italian scientist Andrea Daga of the Eugenio Medea Scientific Institute discovered that atlastin was a fusion protein that helped join together ER membranes. At the time, scientists knew that atlastin was associated with HSP, but its role as a membrane fusion protein was wholly unexpected because membrane fusion proteins were relatively rare and were all thought to operate in the same way. Scientists had never encountered a protein like atlastin, which is an enzyme that uses chemical energy to drive fusion.

“Atlastin was completely different than any other membrane fusion protein, so we really had to start from scratch to determine how it worked,” McNew said.

Based on its role as a membrane fusion protein, McNew and colleagues hypothesized that atlastin was a key player in helping to form and maintain a healthy ER network in cells.

Prior to the 2009 discovery, McNew’s lab had used yeast as a model organism to study other fusion proteins. To study atlastin, he needed to adopt a new model organism, the fruit fly. As luck would have it, McNew’s office in Rice’s BioScience Research Collaborative was next door to Stern’s, the leader of one of Rice’s best-known groups for fruit fly research. The two researchers and their graduate students began collaborating, and McNew won a grant from the National Institutes of Health in 2011 to fund the experiments that Summerville and Faust carried out to study how atlastin influenced behavior at the cellular level.

Stern said reticulon was thrown into the mix because it’s also known to affect ER shape and structure, and because it sometimes counteracts atlastin. “One does one thing, and the other does another,” he said. “They sort of work in opposition.”

Summerville and Faust first created three mutant strains of Drosophila: one that lacked the atlastin gene, another that lacked the reticulon gene and a third that lacked both genes. They then created dozens of subcategories of each type by adding back genes that would express one or more of the missing proteins in specific amounts and in specific tissues. They also created a new method for expressing a fluorescent tag in the ER so they could examine the resulting ER structure in Drosophila neuronal cells. In particular, they concentrated on the longest neurons in the flies’ bodies, cells that stretched about 2 millimeters from end to end. These neurons are analogous to the human neurons that connect the spinal cord to the lower legs, which are immediately downstream of the corticospinal neurons that are known to misfunction in HSP patients.

“These neurons are the longest cells in the human body,” McNew said. “They can be up to a meter or more in length, and the hypothesis has long been that because these neurons are so long, they are somehow more susceptible to whatever ER defects result from the loss of atlastin or reticulon.

“In fact, that is exactly what we found. Faust’s imaging of the ER structure in the synapse found that the shape and look of the ER changed dramatically when atlastin was knocked out. Under normal conditions, the ER in the synapse forms a basket-like shape, and without atlastin, that structure is completely missing, and you just have diffuse ER material that is devoid of structure,” McNew said.

Stern said, “Even just seeing that there was a complex structure of ER within the nerve terminals was completely unknown before.”

The reticulon tests weren’t as conclusive. While clear decreases in neuron function were observed when reticulon was absent, the team could not discern a visual difference in the ER structure when the protein was absent. Stern said the structural changes are so minute that they might only show up under a stronger microscope.

Stern credited the success of the project to Summerville and Faust’s determination and persistence. He said they had to improvise, in part because atlastin proved finicky to manipulate.

“Normally, in a knockout study like this, you examine what happens in the negative case, where none of the protein is present, and then you make genetic manipulations to add back protein in specific tissues. This often leads to overexpression, where you have two or three or five times more protein than normal,” Stern said.

But this approach did not work for atlastin. Summerville found that even the slightest alterations in atlastin levels often caused the flies to die before they could be tested.

“I think that’s interesting scientifically,” Stern said. “That says something about atlastin. But it also made Jimmy’s life very difficult because it denied him the use of many of the tools that scientists take for granted when they do this type of study.”

While the new paper revealed some aspects of neuronal structure that had not yet been seen, Stern and McNew said they expect their follow-up study, which is already under way, to provide even more compelling results in terms of the mechanism by which HSP operates.

“I view this paper as an introductory paper,” Stern said. “We did the characterization that you need to do to get the foundation of what’s going on. That turns this into science, and it sets the stage for the experiments that we’re doing now, which are aimed at answering the question of what this protein is doing, not only in nervous system function, but also in terms of how it might be affecting the patients with this disease.”

The research was funded by the National Institutes of Health, the Virginia and L.E. Simmons Family Foundation and the Hamill Foundation. Study co-authors include Ethan Fan and Joseph Formella, both of Rice, and Andrea Daga and Diana Pendin of the Institute of Neuroscience of the Italian National Research Council in Padova.