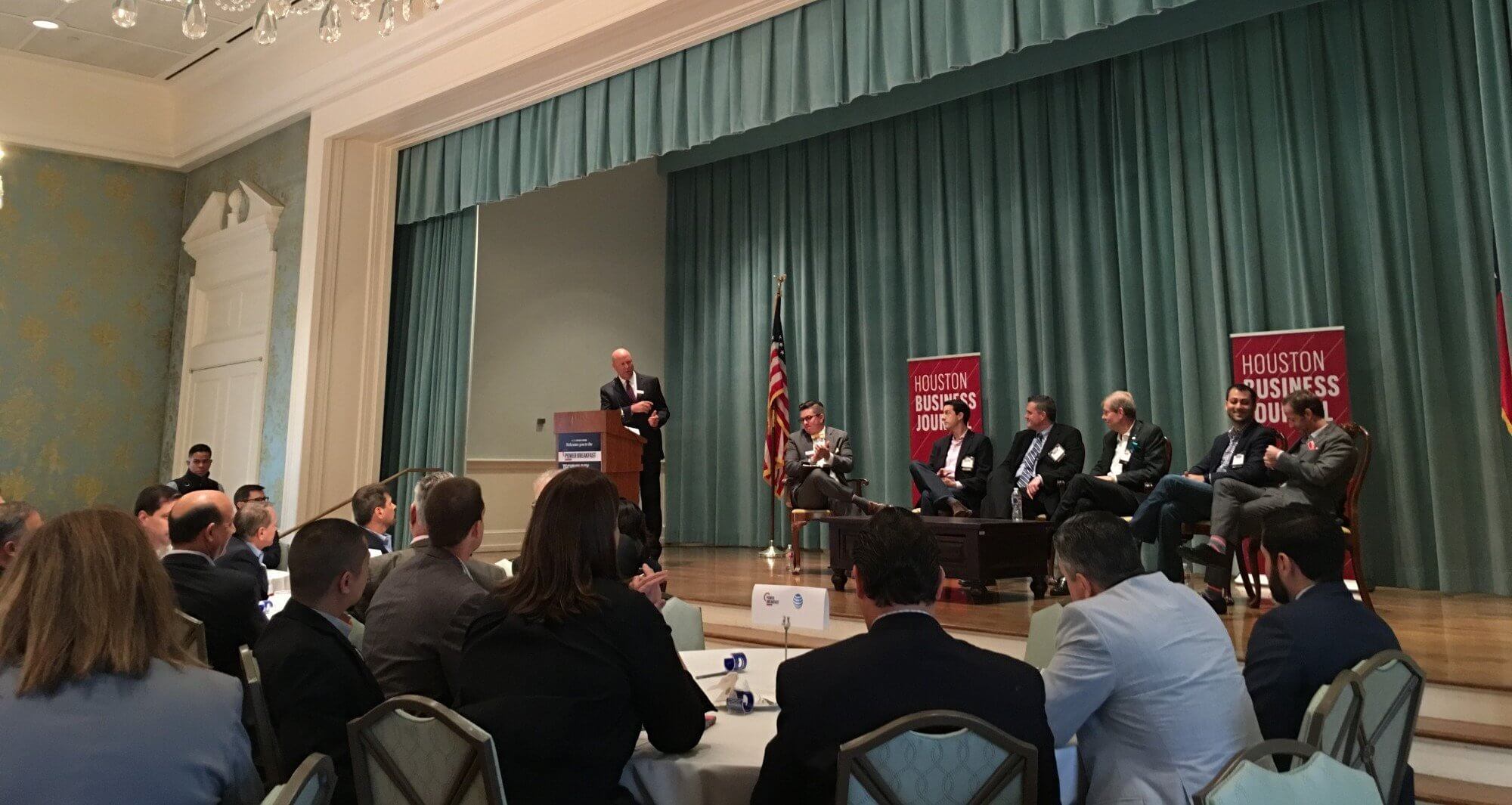 As part of the Houston Business Journal’s Power Breakfast Series, the HBJ hosted a panel Friday morning at the Junior League of Houston in River Oaks to discuss technology and innovation in Houston.

Entrepreneurs, marketing professionals, venture capitalists, business owners and economic developers from across the Houston area attended the Power Breakfast to listen to the five panelists expound upon the city’s technology hub and how to fuel its growth. A conversation about the technology and innovation scene in Houston would not be complete without a discussion about the oil and gas industry and what role it plays in the future of change. With Houston deeply rooted in the oil and gas industry, the city’s economy is undeniably susceptible to the volatility of global oil prices. The discussion touched on the growing importance of diversifying the economy by investing in the life sciences, especially amidst the mass layoffs occurring in the energy sector.

While both San Francisco and Boston have their niche in tech and software and pharmaceuticals, respectively, the matter of where Houston will find its place within the life sciences landscape—whether it’ll resemble the West Coast or the East Coast—is one that has yet to be defined.

“I don’t think it has to be either or,” Halvorsen said. “We don’t see a need to pick one or the other. If you just look at the landscape across the TMC and the research that’s going on, you see not just the hospitals, but also Rice University, University of Houston. There’s great engineering talent here, there’s great programming talent here, and you’ve got that medical research. We feel the need to support all of those and, from a Houston perspective, I’m not willing to place a bet yet in terms of [whether it’ll be] pharmaceuticals, device or digital health because we see all of that going on here.”

TMCx is currently two-thirds of the way through its digital health accelerator class, which consists of 12 companies from all over the country developing innovative solutions for the digital health care space. Starting in August, it’ll transition into the next cohort of companies with a focus on medical devices, including everything from traditional surgical, regulated devices to wearable, ‘internet of things’ types of tools.

“One of the greatest things the TMCx has done is they’ve looked at the medical center not as an area that can foster growth with just Houston entrepreneurs, but essentially as a hub, pulling all of those institutions together,” Garrou said. “A lot of these companies [in the TMCx class] aren’t even based in Houston and Texas, so they’re bringing entrepreneurs and innovation in from the outside and saying, ‘Look, here is a pathway that you guys can sell into. We’re your guide. Let’s drive that forward. We’re your Sherpas, if you will.’”

Although Houston is still overshadowed by cities such as San Francisco, Chicago, Austin and Boston when it comes to entrepreneurship, the discussion highlighted the need not to just look at the local Houston entrepreneurial system and find entrepreneurs within the city limits to bolster its reputation as a technology hub, but also to figure out the other piece of the puzzle: how to attract and bring entrepreneurs in from the outside.