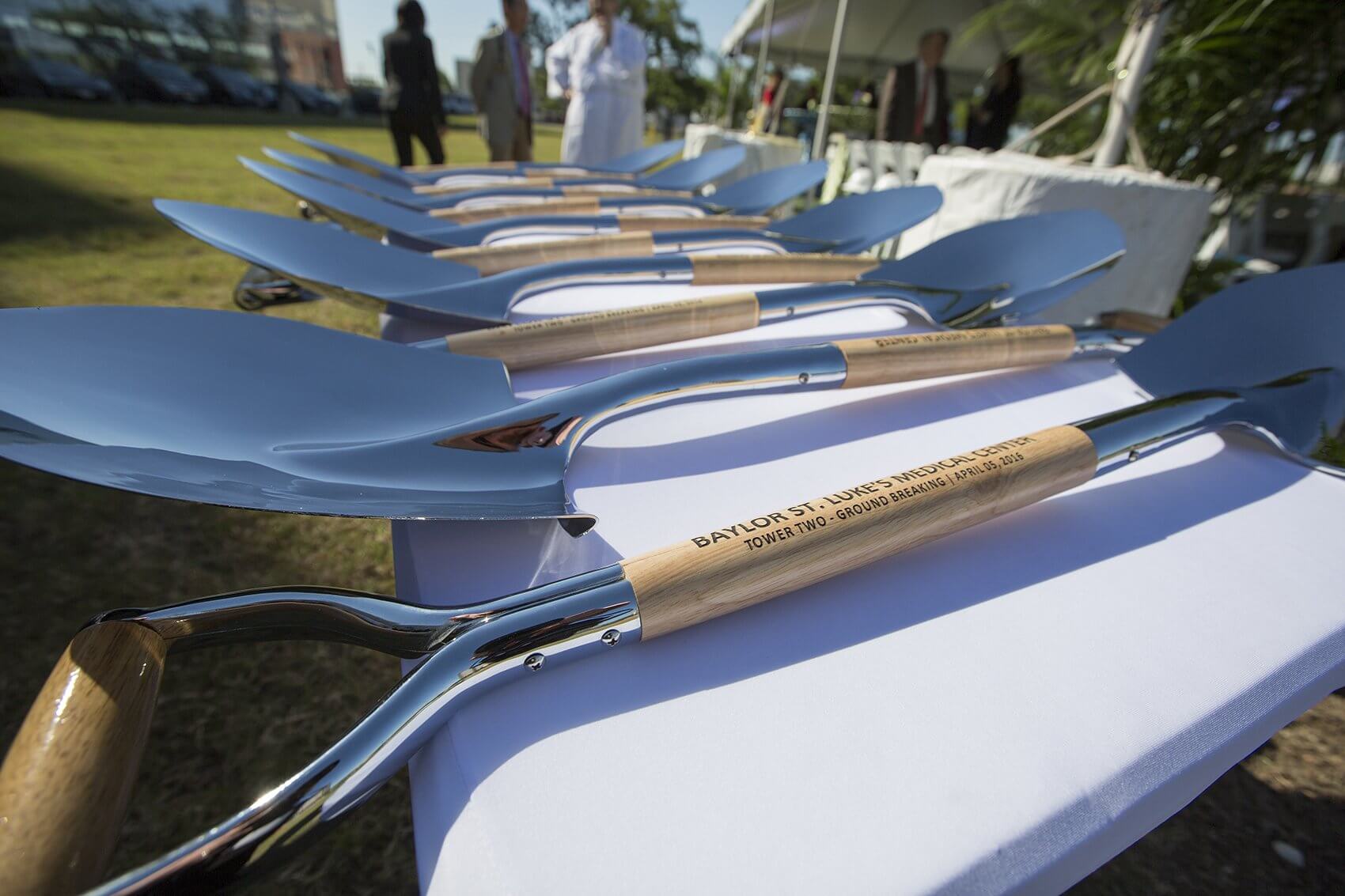 CHI St. Luke’s Health—Baylor St. Luke’s Medical Center broke ground Tuesday on Tower Two of the McNair Campus. The process to build the hospital began two years ago as a partnership between Baylor College of Medicine and Catholic Health Initiatives. It will also be the future site of the Texas Heart Institute.

“This is really a visionary moment. What we are starting here today is going to transform the next 30 or 40 years of medicine in the same way that building the original Texas Medical Center has transformed the last 70 years,” said Paul Klotman, M.D., president and chief executive officer of Baylor College of Medicine.

The McNair Campus will be situated on 27.5 acres of land south of the main medical center campus and will allow for better collaboration and innovation among the three institutions. It will house a 650-bed hospital built across two towers, a medical office building, ambulatory care complex and new facilities for basic science and translational research.

A replacement hospital for CHI St. Luke’s Health, which was built in 1954, has been needed for some time. As a world-renowned center for neurosciences, heart and lung care, the hospital requires more space and new technology to provide the best care possible to its patients.

“You don’t have to have brand new, great buildings to deliver great health care, but it doesn’t hurt either,” said Wayne Keathley, president of Baylor St. Luke’s Medical Center. “To be able to compete in the next century, to be able to bring the promise of translational medicine where new discoveries in the laboratory quickly transform to diagnostics and treatment at the bedside, we need a new infrastructure in a state-of-the-art facility that will be home to future of medical care.”

Tellepsen and Hunt Construction Group will serve as the construction management firm for the 420-patient bed tower, which only seems fitting since the firm also built the original St. Luke’s Hospital in 1954.

“For decades, Tellepsen/Hunt has had the privilege of playing an important role in the landscape of Houston and Texas,” said Howard Tellepsen, chairman & CEO of Tellepsen. “The McNair Campus represents the future of health care through a transformative alliance focused on leading-edge patient care, research and education. It’s a privilege for Tellepsen/Hunt to be the construction partner in this innovative venture.”

The McNair Campus is the first of many transformations that will be made to the Texas Medical Center as TMC and its 56 member institutions lead the charge to set new standards for innovation and collaboration in health sciences. These transformations include TMC3, which will ultimately connect to the McNair Campus.

“Houston is a place where you have bold visions and big dreams,” said Congressman Al Green. “Only in Houston, Texas, would someone conclude decades ago that they would have an inland port, but that is what Houston is all about: bringing the best and the brightest together to make something incredible. The work that is being done here today in the medical center is no different to make a positive impact on our city.”