A hand for the hand-makers

A hand for the hand-makers 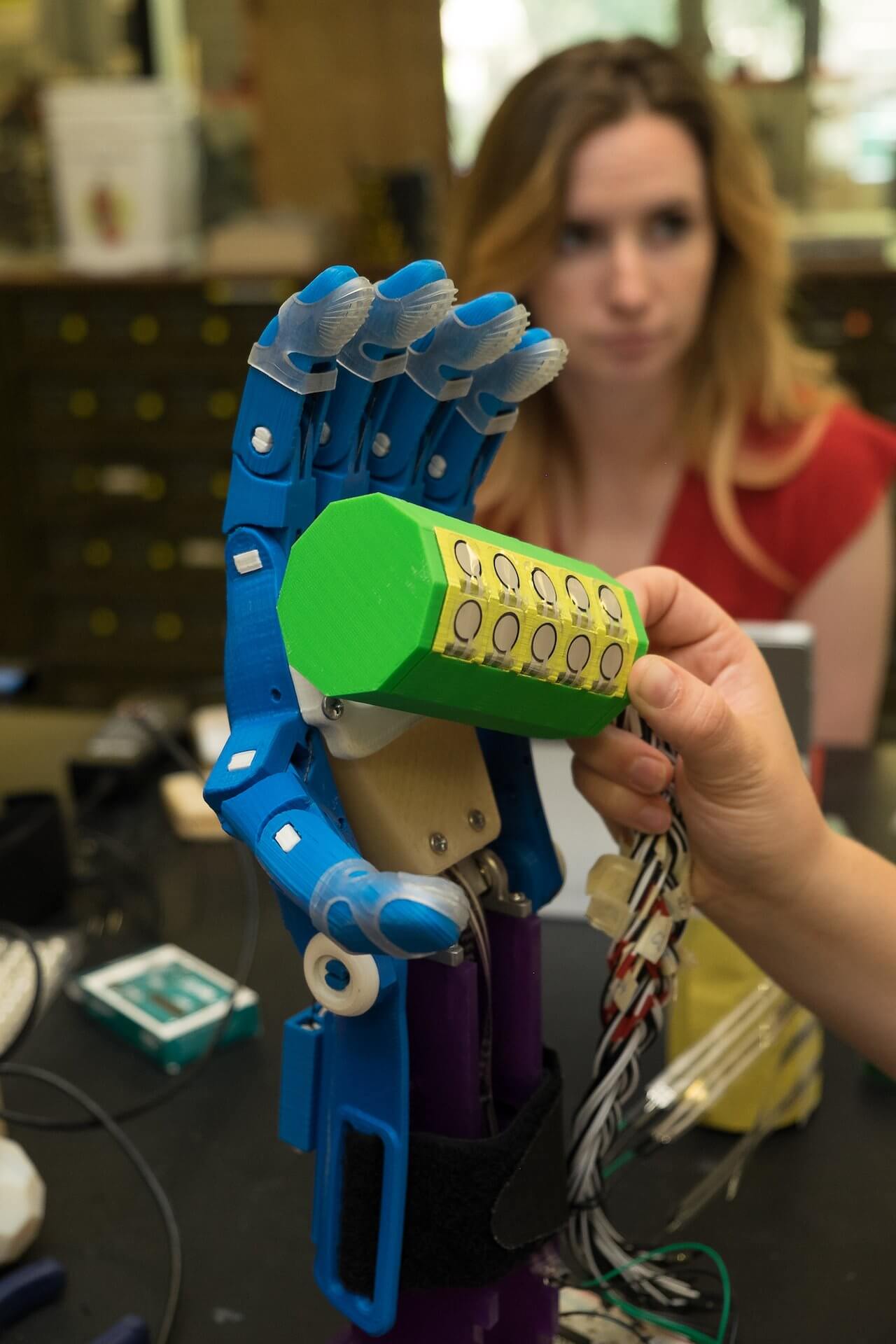 Those who make 3-D printed prosthetic hands may come to rely on a printed palm Rice University students developed to help ensure that children get the most out of the devices.

The Rice team calling itself Carpal Diem has developed a testing suite to validate how well 3-D printed hands transfer force from the wearer, typically a child born without a fully formed hand, to the prosthetic intended to help pick up and manipulate small objects.

These 3-D printed hands have become a source of pride for a community of “makers” who trade designs on the Internet and print hands for children who need them. But the Rice students said the 3-D printed prosthetics are not as efficient as they could be.

“Children born without full hands are forced to adapt to the world and figure out how to go about their daily routines,” said Rice student Amber Wang. “If a prosthetic hand is not absolutely perfect in its function, the child will probably discard it and return to his or her own adaptive ways.”

The team members developed their rig as their senior capstone design project, required of most Rice engineering students. It will be on display at this week’s George R. Brown School of Engineering Design Showcase, at which prizes of up to $5,000 will be awarded to the best of more than 80 teams. Gary Woods, a Rice professor in the practice of computer technology and electrical and computer engineering, is the team’s faculty adviser, and Rice alumna Carolyn Huff and her husband, Harrell, are the sponsors.

The team’s suite consists of a motorized wrist-and-palm assembly that can move up to 60 degrees in either direction, a set of objects (a cylinder, a sphere and a rectangular prism) with embedded force sensors and a control program with a graphic user interface. An operator uses the program to bend the wrist and close the printed hand’s fingers and thumb around an object. Sensors in the object send feedback on force strength and distribution to the computer.

At first, Dimoff said, they thought they would simply design a better hand. “But we realized there were so many designs out there that it was really the force-testing device that needed to happen,” Chamberlain-Simon added.

“If a kid has to put in five pounds of force to only get one pound of grip, that’s a lot of lost efficiency because of how these hands are designed,” Sterling said. “Until we reach a force efficiency of 100 percent, the hands aren’t going to be useful.”

“The industry standards for testing these kinds of devices are not very well established,” Desai said. “We had to get very creative about how we were going to test the accuracy and precision of our device.”

“We’re designing it so someone working with e-NABLE (the global network of volunteers who design and print these prosthetics) can have one in the lab, print three different prototypes and test them in rapid succession,” Dimoff said.

The team hopes to put the first prototype of the testing device and a detailed protocol for its use into the hands of their mentor, Dr. Gloria Gogola, a pediatric hand surgeon at Shriners Hospital for Children-Houston who has worked with many Rice engineering teams in recent years, by the end of the school year.

“Eventually we want to have specs for people who want to make these devices themselves,” Chamberlain-Simon said.