On a journey to take health care around the globe

On a journey to take health care around the globe 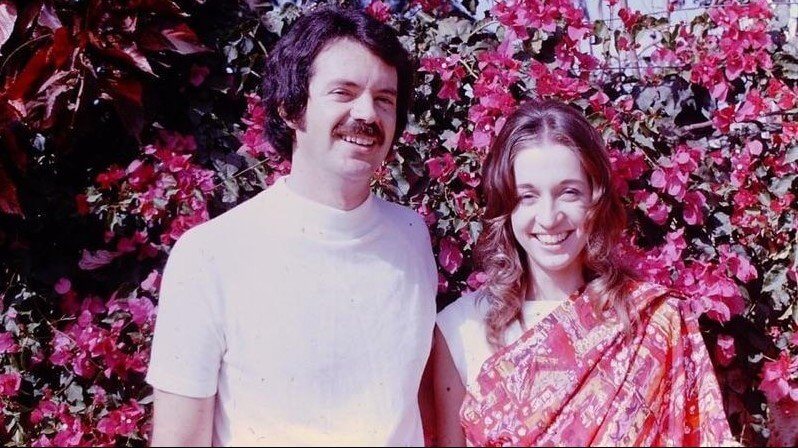 A trip to help build a hospital in India. A summer spent walking from village to village in mountainous Appalachia, providing health care to underserved populations. Those were the defining moments, years ago, when Drs. Ben and Sharon Raimer found their passion for traveling and helping the less fortunate.

“Traveling to India during medical school at UTMB is when I realized how much I could do,” said Ben Raimer, who is senior vice president of Health Policy and Legislative Affairs. “I learned that I can’t fix everything—I’ve had babies die in my lap who were so malnourished and dehydrated, but there are many people you can help and make a big difference.”

Sharon, who is chair of UTMB’s Department of Dermatology, agrees with her husband’s sentiments. Over the years, their mission to help the underserved has taken them around the world, from Laredo, Texas, to China, Central and South America, and even Armenia, where they helped restructure primary care after the dissolution of the Soviet Union. They could tell endless stories about their experiences—and the infections and illnesses that aren’t commonly seen in the U.S.

“On one of our trips to Nicaragua, I had a group of about 40 people surrounding me as I treated a patient with myiasis, a condition where flies deposit their larvae in a person’s skin,” said Sharon. “When the nodule on the scalp of a child was opened, a worm actually popped up out of his head—that’s not something you see in clinic here!”

Most of the time, they travel as a team—and they like to share the experience with students. Hands and Feet Medical Missions began as an initiative of the Baptist Student Ministry at UTMB shortly after Hurricane Ike. Ben and Sharon act as advisors to the student-led organization, which focuses on the delivery of health care to marginalized populations in Texas and beyond. The group takes several trips to small communities in Texas, as well as one big trip to Peru every year.

Most recently, the Raimers joined an interdisciplinary group of 37 students, along with Adrianna Laprea, DPT, an assistant professor of Physical Therapy at UTMB, for a week-long trip to Peru in January. The group saw 529 patients in four days, with students taking care of patients’ physical and spiritual health.

“We go in to some places that haven’t seen any health care in 20 years,” said Ben. “In one community, a 93-year old man waited in line for two hours just to tell me how much he appreciated us being there to take care of the kids in the village because they’d never seen a doctor before. Those are life-changing experiences for the students.”

Sharon adds that it’s good for students to see how difficult it is for some people to get care in developing countries.

“Besides learning a lot about medicine and getting hands-on experience with patients, I notice that students come back a little bit changed,” she said. “They are more out-centered than in-centered. And we see a lot of these students continue to volunteer in their local community or on global projects and it’s great to see that.”

The Raimers point out that what they do is just a small supplement to what other faculty members are doing—UTMB orthopedists, general surgeons, plastic surgeons and others also take teams around the world to do extraordinary work in an in-patient environment.

But, big or small, they know they are making a difference in the lives of students and patients around the world. Ben and Sharon plan on continuing to go on medical mission trips with students as long as they can—and hope to take each trip together.

“It helps me appreciate just how special Sharon is—I don’t get to watch her work at UTMB and it’s great to see her with students,” said Ben. “She’s an incredible teacher and very patient.”