A United Front to End Cancer

A United Front to End Cancer 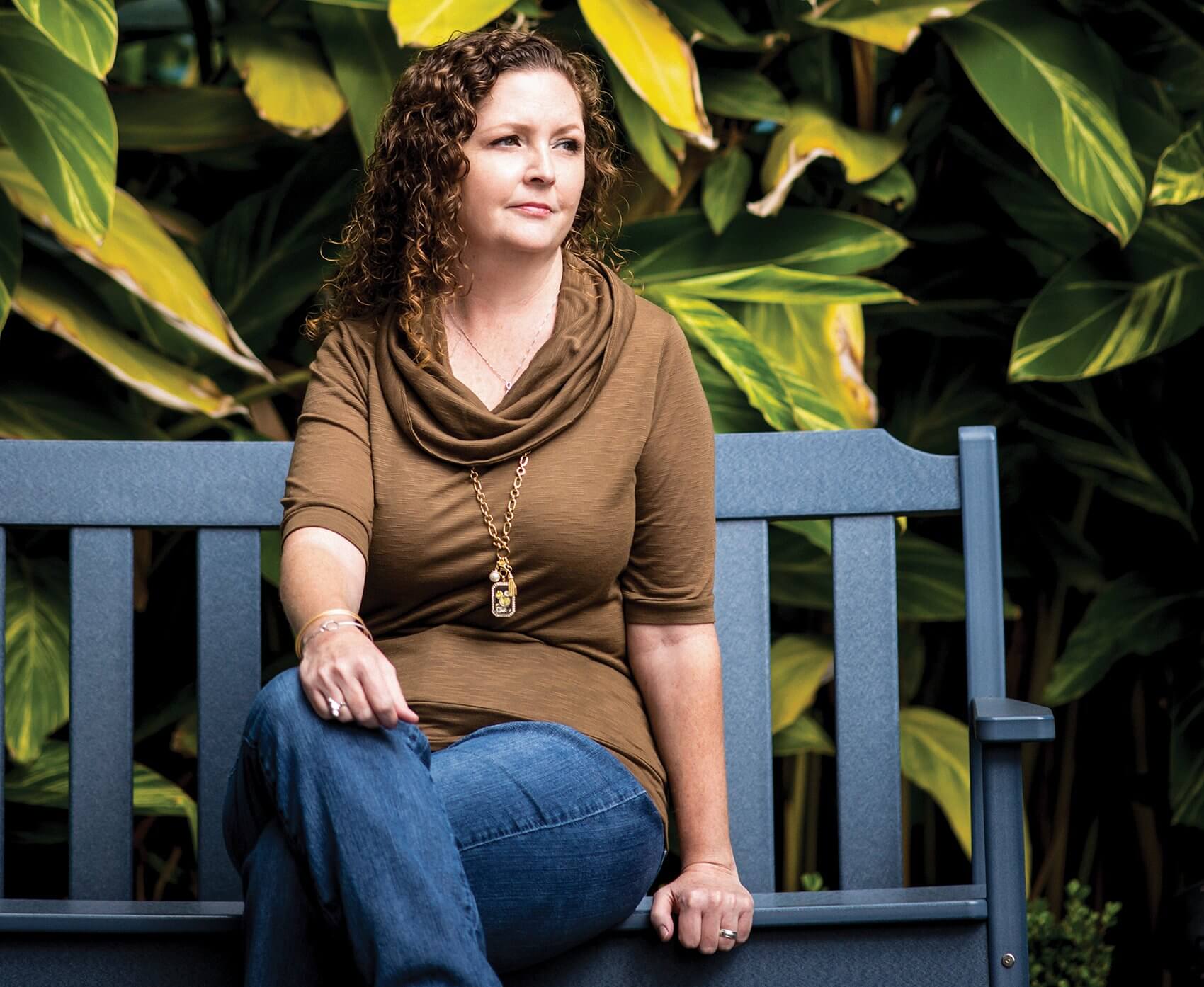 When 33-year-old Kara Million visited her doctor for her annual well-woman exam in 2004, she thought it was going to be a routine checkup, just like all the previous years. She had been going annually, but this was the first time her doctor offered a human papillomavirus test.

“I wasn’t really worried about anything,” she said. “I was married and didn’t have any symptoms of anything.”

But when her HPV test came back positive, Million was instructed to see her doctor every six months in order for them to keep a close eye on her condition.

She continued seeing her doctor on a regular basis and led an overall normal life, giving birth to her son in 2006 and daughter in 2008.

“Everything was still okay. I guess being a mom of two very new kids, I let that six-month time relapse,” she said.

It wasn’t until 15 months after her last doctor’s visit that Million went back for her checkup and, by that time, her condition had worsened. She was diagnosed with stage IIIA cervical cancer.

After six weeks of radiation and chemotherapy and a year of remission, Million and her doctors were hopeful about her outcome. There was no evidence of the cancer returning, but in October 2010, Million was back in the hospital. Her cancer had recurred and, this time, she would need to undergo a radical surgical procedure, called total pelvic exenteration.

“I couldn’t even talk about the surgery without crying. I mean, I had two babies at home. The thought of leaving them motherless was breaking my heart,” she said.

The surgery consists of removing the uterus, cervix, ovaries, fallopian tubes, vagina and other surrounding organs.

“They removed my bladder. They removed part of my colon, part of my intestines and part of my rectum,” Million said. After a 13-hour surgery that produced a scar from her right breast all the way down and around, she was left with two ostomies: one for urine and the other for stool.

“This is my new normal,” she said.

Since her procedure, she and another cervical cancer survivor formed a support group for women undergoing total pelvic exenteration surgeries, comforting 15 to 20 different women over the past four years. Although many of those in her support group have survived, there are some who weren’t as fortunate.

“It’s a high mortality rate. If the HPV vaccination can prevent that, I don’t understand why people aren’t running out the door just to get it now,” Million said, adding that her children will receive the HPV vaccine when they’re at the proper age.

“If I could go back 30 years, I would get the HPV vaccine for sure. I don’t want anybody to ever go through what I’m going through,” she said.

It was a groundbreaking move that Ernest Hawk, M.D., vice president and head of the Division of Cancer Prevention and Population Sciences at MD Anderson, called “the beginning of a new age for cancer control actions.”

“It doesn’t benefit them at all, but it is directly aligned with their mission of service,” Hawk said. “That’s what’s novel here: it’s the fact that they chose to come together and agree upon the language, which was terribly difficult, related to HPV vaccination. They’re not going to get paid for this. They’re not going to get more grant money for it, but everyone knows it’s the right thing to do.”

The idea to come together in concerted action was inspired by NCI grants that funded 18 environmental scans in January 2015 to study HPV vaccination barriers across 18 cancer centers’ communities, looking closely at what factors prevent people from receiving the vaccines. The results of the scan and key informant interviews identified a variety of reasons people cited as barriers, including inconsistent recommendations by health care providers, anti-vaccination sentiments and insurance gaps. These were then shared with all 69 centers in November 2015 to develop a collective strategy to address those challenges.

The proliferation of misinformation and general lack of understanding of the HPV vaccine—such as the notion that it promotes sexual promiscuity, only needs to be taken by women and is not effective—are detrimental to building healthy communities, making it all the more pressing to raise public awareness and education on the importance of the vaccinations for everyone.

Amid the heated debates and confusion, both Hawk and Lois Ramondetta, M.D., professor of gynecologic oncology and reproductive medicine, and chief of gynecologic oncology at Lyndon B. Johnson General Hospital and co-leader of MD Anderson’s HPV-related Moon Shots program, said it’s important to not only raise awareness and prevention education, but also to support the health care providers on the front lines of family care.

“Most professionals know what to do, but they’re hesitant to get into the conversation because of all these myths, as well as the fact that they feel a little bit isolated in advocating this,” Hawk said. “That’s one thing we could do: Help practitioners be more inten- tional in their advocacy of receiving the vaccine.”

While many pediatricians mandatorily provide pertussis and meningococcal vaccinations to children, HPV vaccines are not given the same priority.

“It’s really not a good idea to, as we say, ‘put it in its special chair.’ We need to be saying, ‘You’re due for the pertussis, your HPV and meningococcal. Which arm would you like it in?’” Ramondetta said, explaining that it is effective and there are no significant side effects of administering the HPV vaccine simultaneously with the others.

“Patients come in with very advanced cervical cancers, and it really blows my mind that we are still seeing this in one of the biggest medical centers in the country,” she said. “We shouldn’t see any cervical cancer anymore. We are a totally developed nation, so we should be able to screen for it and get rid of it.”

Ramondetta added that vaccination rates in the U.S. “stink” compared to the rest of the world. Even on a global scale, the U.S. falls embarrassingly behind in HPV vaccination rates among women. While the U.S. came in at 39 percent, the United Kingdom showed 84 to 92 percent of its females received the HPV vaccine; Belgium and Portugal achieved 82 and 81 percent, respectively; and Australia 75 percent. But the country that exceeds all the others is Rwanda. Its campaign to vaccinate sixth grade girls in schools makes it the country with the highest vaccination rate at 93 percent.

Matthew Anderson, M.D., Ph.D., assistant professor of obstetrics and gynecology at Baylor College of Medicine, said that although some women with HPV may not develop cervical cancer, there are still several million women in the U.S. every year who are identified with cervical dysplasia and require additional care, evaluation and interventions that could lead to problems conceiving or staying pregnant. The added time, expense and concern over the slew of potential problems from refusing a vaccination could be prevented.

“You can bypass all that with a simple vaccination. The current vaccines now allow for nine different subtypes of HPV that are linked to cancer and can be prevented,” Anderson said. “It’s highly effective, and it can reduce or eliminate the incidence of HPV-related cancers. From that perspective, there really should be no reason why we, as a society, should not be chasing after that to make that a goal.”

The joint effort is aligned with the U.S. Department of Health and Human Services’ Healthy People 2020 goal, a nationwide public health campaign, and strives to raise vaccination rates to 80 percent in the next four years.

“It’s really exciting that we have so many people working together who are all equally passionate about this,” Ramondetta said. “We want to play our role as a cancer institute to make sure people understand that we think HPV vaccination is important.”