Shining a Light on Neuroblastoma

Shining a Light on Neuroblastoma 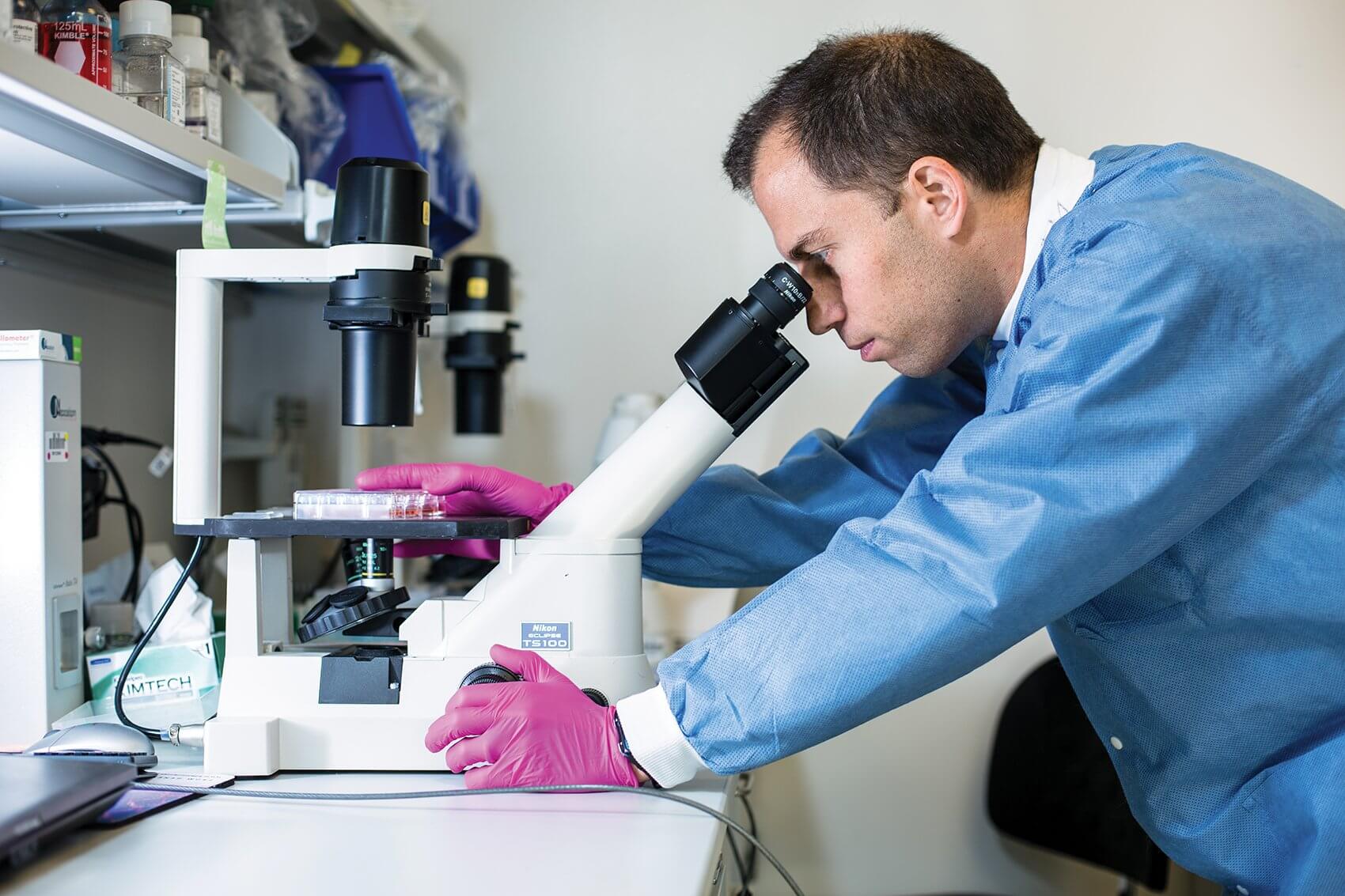 The new year is looking bright for a Baylor College of Medicine pediatric oncologist as he shines a light on a rare childhood cancer in hopes of curing children affected by neuroblastoma.

The ACS grant, which was funded by NBC’s Today Show viewers through its Shine a Light campaign, will help support Heczey and his team’s endeavor to genetically engineer natural killer T lymphocytes (NKTs), a unique subset of immune cells found in the blood, to eliminate neuroblastoma.

The Shine a Light campaign was launched by the Today Show in 2014 to help support and raise money for different causes and communities in need. Co-host Hoda Kotb chose pediatric cancer as her cause, with all charitable donations and support going toward the American Cancer Society.

“First and foremost, we are honored to work together with the ACS. When we heard that, actually, the funding is coming from the Today Show, that’s an even bigger honor,” Heczey said. “The reason why this is such a unique approach is because this will be the first therapeutics for children with this cell subtype in the world. I think we will be very proud of and happy to develop this together at the end.”

The cancer affects approximately 700 children—primarily those under the age of 10—in the United States each year. Though relatively rare, neuroblastoma is the third most common cause of cancer-related pediatric deaths, following acute lymphocytic leukemia

and cancers of the brain and central nervous system. Because treatment for neuroblastoma involves physically and mentally taxing procedures with severe side effects, such as surgery, chemotherapy and radiation therapy, Heczey said it’s important to develop innovative treatment alternatives.

“Obviously, there’s a big need to find novel treatments that are non-toxic, safe and effective,” he said. “We all have some idea that chemotherapy, in general, has pretty significant side effects. We all know about hair loss, nausea and vomiting, but there are more severe side effects, as well. So wouldn’t it be nice to just to use the patient’s own blood cells to do the work for them?”

By genetically modifying NKTs to carry a chimeric antigen receptor (CAR), an immunotherapy strategy that has proven effective in treating a type of blood cancer, the engineered NKTs can locate specific antigens on tumor cells and will have the “dual specificity” Heczey said they need to deliver a one- two punch against neuroblastoma.

“What we’re trying to do is genetically engineer NKT cells not just to attack the other white blood cells in the tumor,” Heczey said, “but also attack the tumor directly.”

Heczey said he was inspired to pursue this immunotherapy strategy while finishing his general pediatric residency at the Children’s Hospital of Los Angeles between 2006 and 2009. He had read an article in Science magazine about the first patient who was successfully treated using genetically engineered T cells and wanted to explore different applications of that approach.

“I thought that the fact that a patient may be cured without chemo-, radio- or surgical therapy by infusing their own genetically modified cells was really cool,” Heczey said. “I felt that if we can work on this approach and make it available to every cancer patient, we could make a huge difference in what cancer treatment means right now.”

Under the mentorship of Leonid Metelitsa, M.D., Ph.D., professor of pediatrics and immunology at Baylor and Texas Children’s Cancer Center, and Malcolm Brenner, M.D., Ph.D., professor of molecular and human genetics and pediatrics at Baylor, Heczey and his colleagues conduct an initial round of clinical trials with children being treated for neuroblastoma at Texas Children’s Cancer Center to test the safety and efficacy of the approach. With financial backing from the ACS Mentored Research Scholar Grant and a $1.5 million award from Alex’s Lemonade Stand Foundation to support the research, they plan on collecting blood samples from children, genetically modifying the NKTs in the blood with the cancer-targeting CAR.GD2 molecule and reinfusing the patients with the engineered NKTs.

“The main goal is to treat patients,” Heczey said. “At the same time, we want to continue our work in the laboratory to see if we can further improve the approach by making these cells able to persist longer, proliferate better and resist the tumor microenvironment better.”

Heczey said the ACS Mentored Research Scholar Grant is the fruit of his and his colleagues’ labor and years of working together in “making slow, but constant, progress” towards developing the immune-based approach. But while working with pediatric cancer patients can be an emotionally challenging task for many, Heczey’s passion for the research and compassion for his patients are clear driving forces in his pursuit of a cure.

“I’ve always been passionate about research, and I felt that seeing patients going through lengthy, toxic therapies and sometimes not being cured was not something I could accept,” he said. “I think it is really rewarding to work with kids,” Heczey added. “Their smile and energy is worth all the effort during treatment.”

“The clinician scientist is a precious individual,” said Bill Chambers, senior vice president of extramural research at the ACS. “There’s not a lot of them, so it’s something we’re extremely happy to be able to fund.”

Given that approximately 70 candidates were considered for the competitive grant, which has an acceptance rate of only 12 percent, Chambers said it’s very unusual for a grant to be funded the first time it is submitted, but Heczey’s application made a compelling case for the ACS.

“He’s really doing great stuff. He’s well prepared for this and in a great environment. The project just resonated with a rigorous review panel,” Chambers said. “I think he is an outstanding young investigator. He’s the kind of individual that we want to make an investment in. He has a great project and there’s terrific potential for this to have impact in pediatric cancer for neuroblastoma.”